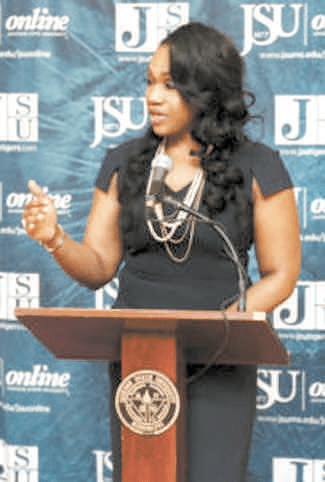 Reed has been coaching for 14 years. Beginning at the junior college level at South Georgia Technical College, Coach Reed realized she wanted to be involved with women’s basketball in some way.

From JSU, she moved on to University of Louisiana Lafayette for a season. Reed came back to Mississippi working in Hattiesburg at Southern Mississippi. While there, USM had the number 1 recruiting class in the state, with Reed being an integral part of the recruiting.

Reed would have stops at Louisiana Tech and the University of New Orleans before landing the head coaching job at Hinds Community
College. Taking over at Hinds was a challenge. The women’s program had not been respected in over 15 seasons. Losing was a part of the norm. During Reed’s first season (2015-2016), she finished 10 & 13; first time Hinds’ Lady Bulldogs reached double digit victories in a long time.

Pounding the pavement, Reed and her coaching staff, brought in more recruits, instilled work ethics and discipline and went on to have one
of the most successful seasons in Hinds’ history. They finished the regular season, 18 & 5, and reached the NJCAA Region 23 Title Game.

Hinds did not reach the championship game this past season, but still managed to have a winning season. They won their first 10 games of
the season, to reach 10 & 0 for the first time in school history. During her tenure at Hinds, Reed won over 45 games in 3 seasons.

When she left JSU, she knew she wanted to come back one day as the head coach. Described as her “Dream Job,”

Reed explained her vision for the program. Some of the goals she outlined include: (1) Graduate all her students on time (2) Provide a quality college experience; wants players and former players to be excited about the program and help recruit (3) Develop women for life after college; character development will be big (4) Culture of discipline (5) Set the bar high again; JSU was on top when she was an assistant coach.

Candidates from all over the country applied for the women’s basketball job. Assistant coaches from SEC schools, former head coaches, current head coaches of programs as well. Jackson State University President Bynum commended the committee on their diligent work.

Now the fun begins. One of the first things Reed has to do is recruit players. It’s late in the game for next season, but isn’t entirely over. Most top players have committed and signed.

Reed said that she wanted to get to know the players currently on roster, learn their strengths and weaknesses.

Tiger fans can expect a highoctane team next season. Up tempo offensive, in your face defense. Reed is an energetic coach who gets after it. She will be able to attract local players to stay home as well as bring players from other parts of the country. Expectations will be high, but if her tenure at Hinds is an indication, success will be high also.