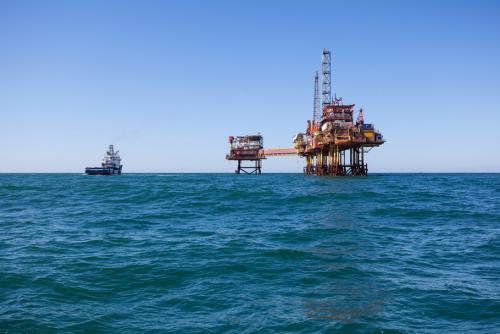 NEW ORLEANS (AP) – The federal government will offer 77.3 million acres in the Gulf of Mexico for oil and gas exploration and development on Aug. 15.

An Interior Department statement Friday said the lease sale will include all 14,474 unleased tracts. They’re in water 3 to 231 miles (5 to 370 kilometers) offshore, and in water from 9 feet to more than 2 miles (three to 3,400 meters) deep.

From 1984 until last year, one sale covered areas off Louisiana, Mississippi, Alabama and Florida, and one leased tracts off Texas. Dwindling numbers of bidders prompted consolidation.

Shortly before the first consolidated sale last August, the government dropped royalty rates for tracts in less than 200 meters (660 feet) of water to 12.5 percent because of low prices and the marginal nature of remaining tracts. The rate is 18.75 percent for other leases.

If you live anywhere in the Southeastern portion of the United States, then you should be familiar with yearly events held in this part of the country titled “Battle of the Bands.”
The Jackson City Council recently took to the chambers and staged its own version of the popular competition appropriately titled “Battle of the Budgets.”
In a two-day council meeting, that included the blame game, members of the Jackson city council approved the city’s budget and approved a 2.5 mills (tax) increase to meet the school district’s $86 million budget request…. […]

Some familiar faces are no more

November 9, 2012 Online Editor News, Top Stories Comments Off on Some familiar faces are no more

Changes made in local races

Voters across the metro Tuesday, Nov. 6, were determined to make their voices heard adding to the fuel of what Secretary of State, Delbert Hosemann billed as a “record voter turnout.’

Faced with options on The Mississippi Supreme Court, Court of Appeals, and the Board of Election Commissioners, some voters sounded the alarm for change, while others voted to keep the status quo…. […]