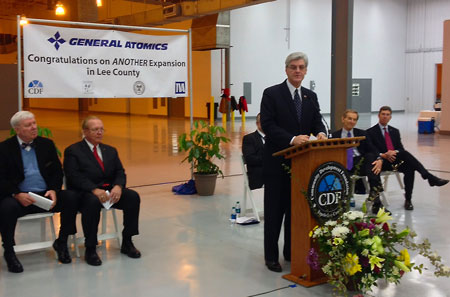 SHANNON, Miss. (AP) – An atomic and defense contractor is again expanding in Mississippi, with plans to spend $20 million and add 48 jobs over three years.

General Atomics announced Wednesday that it will add 128,000 square feet (11,891 square meters) to its existing building to make and assemble lasers for government and commercial customers.

San Diego-based General Atomics says it needs to expand because its product line is diversifying.

General Atomics currently has 256 workers in Shannon who, executives say, make $50,000 a year, on average.

The company has announced three expansions in Shannon since 2013.