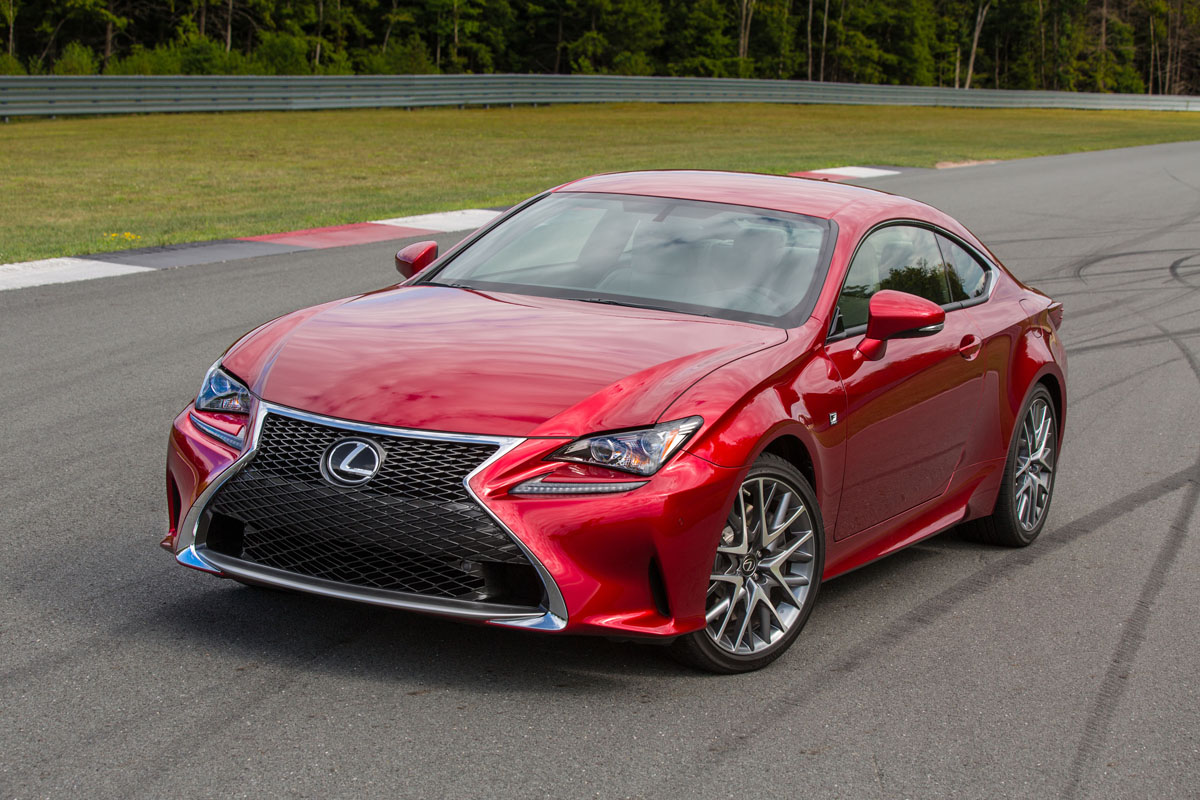 DETROIT –The Lexus RC was the first tangible proof as in sheet metal that Lexus intended to put some design snap in its lineup. The two-seat coupe was unlike anything else the luxury brand had offered to the mass market.

It was low, had a rounded top as not to crimp interior headspace and it seemed to be the car that the then new spindle grille was designed for. And though it is in its third calendar year, this Lexus shows no signs of getting old.

It was a 2+2 cabin with protruding fender flares, body contours and deeply etched sweeping lines. It had a wheelbase of 107.5 inches and was overall 184.8 inches long and stood about four and a half feet tall and it was 72-inches wide.

The suspension system on the Lexus RC F Sport adjusted the dampers to reduce dive and squat. In my test vehicle the ride was flat, there was little to no sway in the curves even if they were taken aggressively and the car handled like a go-kart.

Inside, the F SPORT had an array of special features, including an instrument panel inspired by the Lexus LFA supercar, using full-length illuminated needles and needle rings, and a white outer band with inverted colors.

Power was pretty good but like most automotive enthusiasts I wanted more. This RC had a 3.5-liter V6 that made 306 horsepower and 277 pound-feet of torque and a sound generator which gave the car some grunt.

It was mated to an eight-speed automatic transmission with steering wheel paddle shifters. The driver mode had normal, sport and manual; with the F Sport you can add sport and sport +. The car got 19 mpg in the city, 28 mpg on the highway and 22 mpg combined.

I put the RC F in manual mode and them put it in sport and used the paddle shifters. Revs went up, steering got tighter, the sound resonator got deeper and the suspension got stiffer. It was like I was driving a different car.

This car still turned heads because it looked great and being low volume you just don’t see that many of Lexus RCs on the road. And it was a lot of fun to drive. For $50K the 2018 Lexus R 350 F Sport was a bargain.
Frank S. Washington is editor of AboutThatCar.com