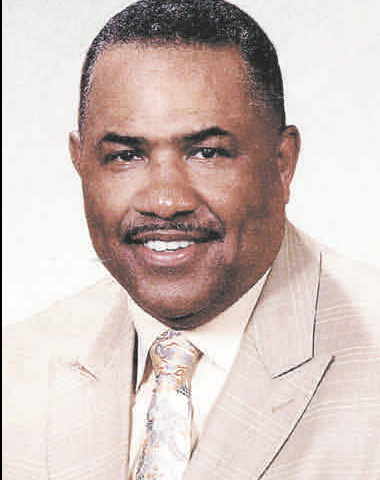 He accepted Jesus Christ at an early age and joined St. Mary Missionary Baptist Church, where he remained during his formative years. It
was here that, as a teenager, he began singing with choirs and local groups, developing that God-given voice that blessed so many throughout his lifetime.

He later attended Voice of Calvary Fellowship Church where he sang in the choir alongside many of his childhood friends for many years. He subsequently joined New Hope Baptist Church, serving faithfully until his passing.

Melvin received his early education in the Simpson County School System, and after graduating from Mendenhall High School, he attended Jackson State University where he played on the football team and met his future wife.

Melvin was married to Thelma McLaurin Anderson December 30, 1978. They had four children, one of whom preceded him in death (Tarsha), and two grandchildren. Melvin served on the cutting edge of change, impacting many disciplines at the local, regional, state and national level in multiple sectors. In the public sector, he served withthe Jackson Area Chamber of Commerce as the director of the One to One Mentoring Initiative and he served as the director of Human and Cultural Services for the City of Jackson.

In the nonprofi t sector, he served as president of Voice of Calvary Ministries, where he led the organization to reach new heights in improving the quality of life for West Jackson residents during his tenure.

Some of the accomplishments under his leadership while president of Voice of Calvary Ministries include:
• Established relationshipwith Christian Children’s Fund creating a sponsorship program for the children in and around the West Park area.

• Expanded the Jesus and Me Youth Program to include an all-day summer enrichment program and afterschool program.

• Expanded the Housing Program which included new homeownership for more than 40 families.

• Developed a relationship with First Baptist Church of Jackson to minister to the West Park community.

• Organized Fellowship of Hope, a group of local churches working together to address crime, leadership development, homelessness and the
creation of Hope Community Credit Union.

• Provided over 1200 free medical exams for poor children through the Vocational Health Clinic.

As he returned to the private sector, Melvin also returned to his roots in construction as a skilled carpenter and entrepreneur, establishing Anderson Construction. As a businessman, he continued to serve his community by taking on weatherization projects for the elderly as well as rehabbing houses in inner city neighborhoods.

Melvin was a true citizenservant of the greater Jackson community. As an active and committed member of the 100 Black Men of Jackson, he participated in mentoring projects, sips, and of course, cookouts for the group activities, where he was usually the grill-master.

He also served on numerous boards over the years. He was a member and soloist in the New Hope Baptist Church mass choir, gospel choir and ensemble and male choir.

Well known for his jovial attitude and entertaining personality, Melvin always brought smiles and laughter to the faces of friends, co-workers and acquaintances, whether in a meeting, rehearsal or at a tailgate. If he was present, his presence was known.