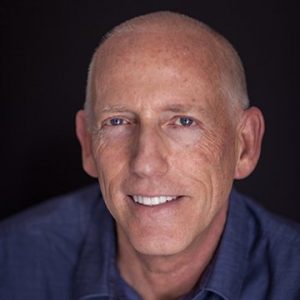 Persuasion in a World Where Facts Don’t Matter

“On August 13, 2015, I predicted on my blog that Donald Trump had a 98% chance of winning the presidency based on his persuasion skills… Persuasion is all about the tools and techniques of changing people’s minds, with or without facts and reason…

Why did I say Trump had exactly a 98% chance of winning… Trump is the best persuader I have ever seen in action. The wall is a perfect example. Consider how much discipline it took for him to… be willing to endure brutal criticism about how dumb he was to think he could secure the border with a wall…

During the presidential campaign, it seemed that candidate Trump was making one factual error after another. Social media and the mainstream media… called him a liar, a con man, and just plain stupid… [But] Trump often stuck to his claims after the media thoroughly debunked them…

It was mind-boggling. No one was quite sure if the problem was his honesty, his lack of homework, or some sort of brain problem…

I am a trained hypnotist… Based on my background in that field, I recognized his talents early… Trump is what I call a Master Persuader.”

How did Donald Trump win the 2016 presidential election? All the experts confidently predicted he would lose only to serve up an unconvincing explanations like low Democrat voter turnout in swing states when they were shocked by the outcome.

But there was never a doubt in the mind of Scott Adams who confidently predicted a Trump landslide soon after he declared himself a candidate. And who is Scott Adams? Not a pollster or a political pundit. No, he’s a syndicated cartoonist.

If the name rings a bell, that’s because he’s the creator of Dilbert, the popular comic strip revolving around a beleaguered white-collar worker. But Scott is also a hypnotist, and he knew who would win when he observed Trump skillfully employing all the tricks of a master persuader.

Adams argues in Win Bigly that, by design, Donald would sprinkle his speeches with seductive catchphrases like, “Believe me,” “It’s true,” and “Many people are saying…” It didn’t matter that he often contradicted himself and outright lied.

For, according to the author, humans have a design flaw in that we are terribly susceptible to manipulators well-versed in mind-control techniques. And sure enough, Trump did enjoy a lopsided victory, at least in terms of the Electoral College.

A sobering post mortem on the presidential election suggesting that half the American populace might be under the spell of a modern-day Machiavelli.