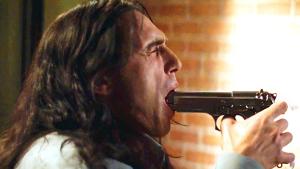 Buddy Comedy Chronicles the Making of the Worst Movie Ever

In 1998, 19 year-old Greg Sestero (Dave Franco) met a mysterious, middle-aged man named Tommy Wiseau (James Franco) in a San Francisco acting class. Wiseau not only lied about his age but claimed to be from New Orleans, despite a thick, Eastern European accent.

However, Tommy also happened to be wealthy enough to underwrite a Hollywood production starring himself. And Greg was more than willing to overlook the eccentric millionaire’s inexperience when he was offered a co-starring role.

So, the two relocated to L.A. where, over the next five years, Tommy would write the script, cast the film and hire a crew of industry professionals to shoot the picture precisely as he envisioned it. That labor of love, The Room, would gross a mere $1,800 at the box office and be uniformly derided by the critics as one of the worst movies ever made.

Nevertheless, Tommy would get the last laugh, since The Room proved so unintentionally funny that it developed a cult following. It eventually became such a favorite on the midnight and college circuits that the stars are routinely invited to address the audience after a showing.

Good sports Greg Sestero and Tommy Wiseau make cameo appearances in this sidesplitting tribute to utter ineptitude. And be sure to catch the closing credits featuring scenes from the original side-by-side with reenactments from this inspired spoof.

To see a trailer for The Disaster Artist, visit: https://www.youtube.com/watch?v=cMKX2tE5Luk