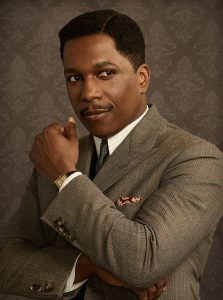 First published in 1936, Murder on the Orient Express revolved around the most famous case handled by Inspector Hercule Poirot. Created by Agatha Christie, the Belgian detective appeared in 33 of her novels, as well as a play and over 50 short stories.

Murder on the Orient Express 2.0 was directed by five-time, Oscar-nominee Kenneth Branagh who assembled a top-flight cast with an equally-impressive pedigree. His A-List ensemble features Academy Award-winners Judi Dench and Penelope Cruz, along with nominees Michelle Pfeiffer, Willem Dafoe and Johnny Depp.

Branagh also stars as Poirot, sporting a world-class mustache while playing the super sleuth with perfect aplomb. The visually-captivating costume drama is perhaps more memorable for its breathtaking panoramas than the deliberately-paced mystery which takes its sweet time to be unraveled.

The picture’s point of departure is Jerusalem, which is where we find Poirot paying homage at the Wailing Wall before boarding a slow boat to Istanbul. There, he starts soaking in the sights until the vacation is cut short by a telegram summoning him back to London immediately.

With the help of a fellow Belgian who happens to be a train company executive (Tom Bateman), he secures a berth aboard the lavishly-outfitted Orient Express for what he reasonably expected to be an unremarkable three-day trip. However, he shifts into detective mode when an American art dealer (Johnny Depp) dies soon after expressing a fear of being killed.

As Poirot digs deeper and deeper for clues, we gradually see that each of the 13 passengers had a good reason to want the unsavory character dead. Sure, everybody’s a suspect, but which one’s a murderer?

An Agatha Christie classic whodunit solved the old-fashioned way… by the extraordinary deductive reasoning of the legendary Hercule Poirot!

In English and French with subtitles

To see a trailer for Murder on the Orient Express, visit: https://www.youtube.com/watch?v=Mq4m3yAoW8E

Film Review by Kam Williams   Animals Emerge as Unsung Heroes in Animated Version of the Birth of Christ Most movies based on the Bible have limited appeal beyond the faithful, because the stories are […]

by Kam Williams Who Will Win, Who Deserves to Win, Who Was Snubbed 2018 was a banner year for black cast films, including BlacKkKlansman, Black Panther, Green Book and If Beale Street Could Talk. Might […]