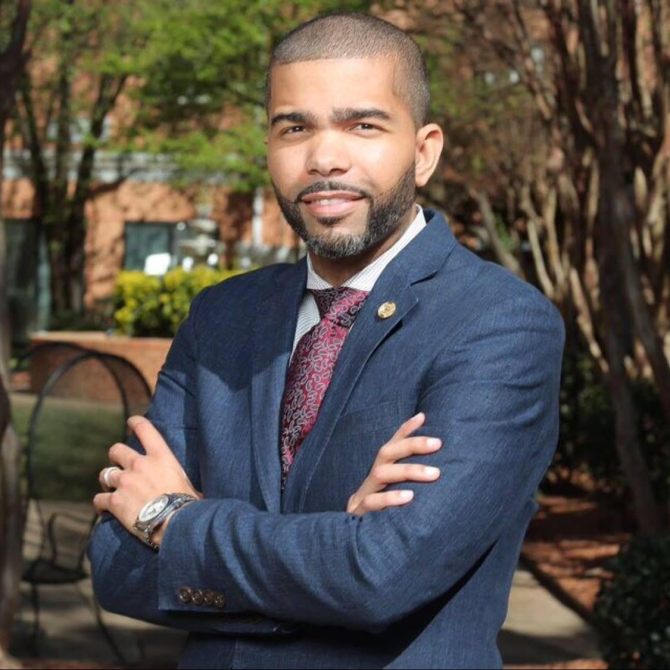 In what is being billed as a surprise sweep, Democratic mayoral candidate Chokwe Antar Lumumba, won an impressive, decisive and historic nine person race Tuesday to be become the Democratic nominee for mayor of Jackson.

Lumumba avoided a runoff by pulling 55 percent of the vote in a crowded field that included current Mayor Tony Yarber. Yarber, who is serving the unfulfilled term of Lumumba’s father who died less than eight months after taking office, was never able to rise above the 5 percent mark, conceded early in the night and threw his support behind Lumumba.

Tuesday marked the first measurement in the race for this political newcomer who started campaigning nearly a year ago.

“Tonight is about defying conventional wisdom which said there had to be a runoff,” Lumumba said during his victory speech. “Jacksonians united behind this campaign in pursuit of a common interest.”

Based on early returns 34,169 people voted in the mayor’s race, of those, 18,617 votes went to Lumumba, placing him well above the required 50 percent plus one vote. This was a strong sign of cross-generational, cross-socio economic and cross-ethnic background voting.

“I’m going to make certain that I bring everybody to the table,” Lumumba said. “Whether you supported me or not, I want you to be a part of what we are building.”

Lumumba moves to the general election June 6 where he will face one Republican candidate, one third party candidate and several independent candidates.