By RICARDO ALONSO-ZALDIVAR and TOM MURPHY 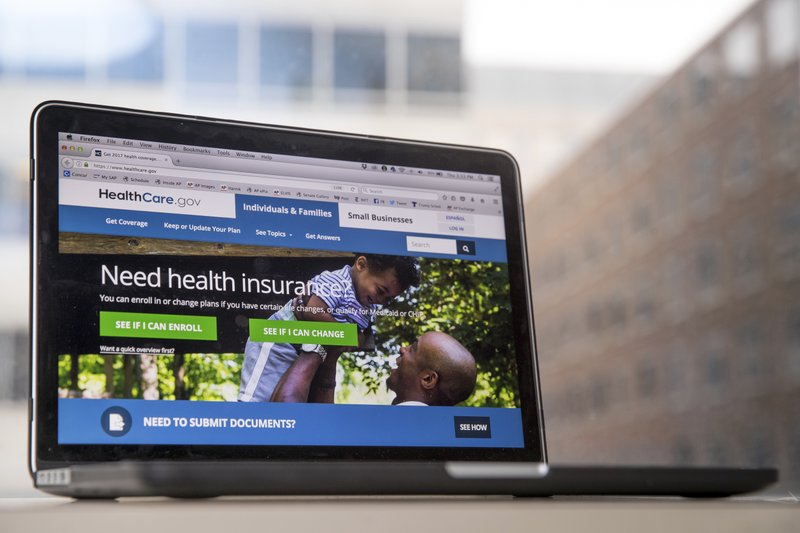 WASHINGTON (AP) — “Obamacare” is proving more of a challenge than the Trump administration bargained for.

With the “repeal and replace” effort at an impasse on Capitol Hill, the administration released on Thursday a set of fixes to stabilize the Affordable Care Act’s shaky insurance markets for next year. But the insurance industry quickly said the changes don’t go far enough.

While calling the administration action a step in the right direction, the industry is looking for a guarantee that the government will also keep paying billions in “cost-sharing” subsidies that help consumers with high deductibles. President Donald Trump says he hasn’t made up his mind on that.

Republicans contend that the Affordable Care Act, or ACA, is beyond repair, but their “repeal and replace” slogan hasn’t been easy to put into practice, or politically popular. So the administration is trying to keep the existing system going temporarily as it pursues a total remake.

Many of the changes follow recommendations from insurers, who wanted the government to address shortcomings with HealthCare.gov markets, including complaints that some people are gaming the system by signing up only when they get sick, and then dropping out after being treated.

But the White House remained mum on the biggest concern. Insurers, doctors, hospitals and the business community have asked Trump to preserve ACA cost-sharing subsidies that pare down high deductibles and copayments for consumers with modest incomes. They’re separate from the better-known premium subsidies that most customers receive.

“There is still too much instability and uncertainty in this market,” Marilyn Tavenner, president of America’s Health Insurance Plans and the industry’s top lobbyist, said in a statement. “Health plans and the consumers they serve need to know that funding for cost-sharing reduction subsidies will continue uninterrupted.”

Estimated at $7 billion this year, the subsidies are under a legal cloud. Without the payments, experts say, the government marketplaces that provide private insurance for about 12 million people will be overwhelmed by premium increases and insurer departures.

In a Wall Street Journal interview this week, Trump raised the possibility of shutting off the money if Democrats won’t bargain on health care. But the president also said he hasn’t made up his mind, and that he doesn’t want people to get hurt.

House Democratic leader Nancy Pelosi of California called that an “appalling threat.” Democrats are now demanding that the issue be addressed in a must-pass spending bill due at the end of the month. The new administration has continued to make cost-sharing payments to insurers as it weighs options.

The changes announced Thursday include:

—A shortened sign-up window of 45 days, starting with coverage for 2018. That’s about half as long as the current open enrollment season.

—Curbs on “special enrollment periods” that allow consumers to sign up outside the normal open enrollment window. Insurers say these have been too easily granted, allowing some people to sign up only when they need costly treatment.

—Allowing an insurer to collect past debt for unpaid premiums from the prior 12 months before applying a consumer’s payments to a new policy.

—Giving insurers more flexibility to design low-premium plans that can be tailored to young adults.

“The bottom line is that while the final rule addresses some of the challenges in the market, I think the reaction will be that it doesn’t go far enough,” said Cara Kelly, a vice president at the consulting firm Avalere Health.

The changes come as insurers are figuring out their plans for 2018.

Consumers likely won’t know for certain what sort of choices they will have until late summer or early fall, a couple of months before open enrollment begins.

This year saw premium increases averaging 25 percent for a standard plan in states served by HealthCare.gov. Some insurers say they’ve lost hundreds of millions of dollars, and many have pulled back or are considering it.

Most communities will have competing insurers on the public marketplace next year, but a growing number will be down to one, and some areas may face having none.

All eyes are now on Anthem, a big Blue Cross-Blue Shield insurer operating in several states that has yet to announce its intentions for 2018. CEO Joseph Swedish has said his company would not commit to participating next year. Swedish and other insurance officials have said the government has to stabilize the marketplaces.

Dave Dillion of the Society of Actuaries says growth in underlying medical expenses could drive coverage prices up another 10 percent or more.

Nonetheless, the nonpartisan Congressional Budget Office says the ACA markets will be stable next year in most areas.

In Washington, Republicans are trying to resolve an impasse between hard-liners and moderates that has prevented them from getting their own health care bill through the House.

Meanwhile, the legal issue over the cost-sharing subsidies remains in limbo. A U.S. District Court judge found that Congress did not specifically authorize the payments, making the expenditure unconstitutional. The case is on hold. Congress could approve the money, but that would be a politically difficult vote for Republicans.

The Associated Press President Obama announced Thursday morning that he will support a plan that allows Americans to keep insurance policies that would otherwise be canceled under the Affordable Care Act. People will be able to […]

By MARK SHERMAN WASHINGTON (AP) — The Supreme Court argument over subsidies that help millions of people afford their health insurance suggests that the Obama administration has two chances to attract one critical vote. The justices […]

“I want Mississippi to succeed, and I am deeply committed to enhancing the healthcare system of our state…. […]