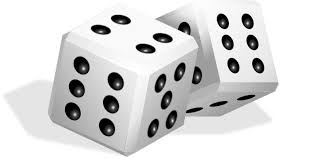 JACKSON, Miss. (AP) – Jackson police say a 16-year-old was killed and his 18-year-old brother was wounded when both were shot after a dice game in a city park.

Investigators say an argument broke out Wednesday in Westside Park, and both teenagers were shot multiple times. A suspect fled on foot.

Davonza Bell was pronounced dead at the scene. His brother, Donta Curry, was taken to a local hospital, where police said he remained in critical condition Thursday.

December 12, 2013 Online Editor News, The Buzz Comments Off on New faith-based initiative against crime launched in the wake of Destinee Ford killing

Gunmen, 1 with rifle, worked as team to kill 5 at cookout

WILKINSBURG, Pennsylvania (AP) — Two gunmen working as a team fatally shot five people and critically wounded two others at a backyard cookout, with one attacker using a high-velocity rifle to shoot all the victims […]

MONTGOMERY, Alabama (AP) — Alabama’s parole board refused an early release Tuesday for a former Brighton police officer convicted in the shooting death of the son of a Mississippi legislator in 2009. The three-member board […]