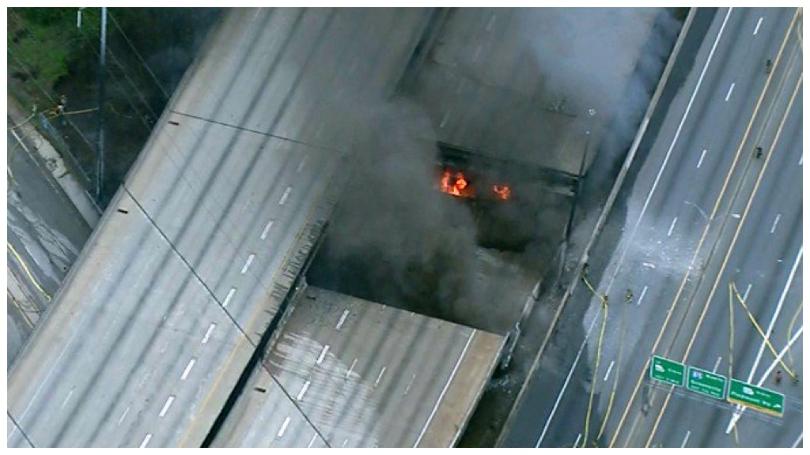 ATLANTA (AP) — A large fire Thursday has caused an overpass on Interstate 85 to collapse in Atlanta.

The massive blaze is burning underneath I-85 northbound near Piedmont Road, WSB-TV reports. It has shut down several roads in northeast Atlanta.

Witnesses said troopers were telling cars to turn around on the bridge because they were concerned about its integrity. Minutes later, the bridge collapsed.

Black smoke can be seen for miles.

ATLANTA — A suspect was arrested Saturday night after a Harris County Sheriff’s Office deputy was shot in the face during a traffic stop south of Atlanta, Georgia authorities said. Joe Lee Garrett, 24, was arrested just […]

2 dead as storm system sweeps across the South

October 14, 2014 Online Editor News Comments Off on 2 dead as storm system sweeps across the South

ATLANTA (AP) — A severe storm system rolled across the South for a second day Tuesday, knocking out power to thousands as it made a mess of the morning commute in Atlanta and other Southern […]