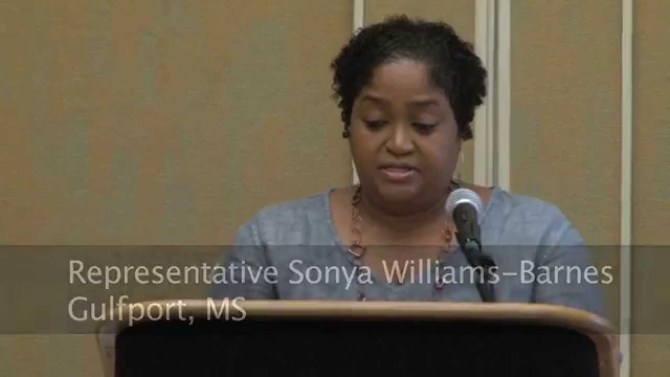 JACKSON, Miss. (AP) – A leading black lawmaker in Mississippi says she is “sick” of the Confederate battle emblem on the state flag and it’s time for change.

The Democrat from Gulfport made an impassioned speech Thursday in the state House – a day after a white lawmaker, Republican Rep. William Shirley of Quitman, stood in the same spot and waved a small state flag and a small white flag.

Shirley had tried unsuccessfully several times to require universities to fly the Mississippi flag, the last in the nation that includes the Confederate battle emblem.

All eight of the state’s public universities have stopped flying the flag because of the emblem critics see as racist.