Nissan officials are not opposed to unions

More than two-thousand people gathered in Canton, Mississippi, March 4, to show support and stand in solidarity with those [not all employees agree] Nissan workers, who want to unionize its plant workforce.

The ‘March on Mississippi’ rally, organized by the United Auto Workers, brought with them United States Senator and former presidential candidate Bernie Sanders (I-Vermont), United States Congressman Bennie Thompson (D-Mississippi), actor Danny Glover and NAACP national president and Jackson State University alum Cornell Brooks all of whom spoke in favor of a union and called for an end to the alleged intimidation measures that workers who favor a union, claim they experience, [claims Nissan vehemently deny].

“I work at Nissan, in the plant everyday and I can tell you fear and intimidation are real and on ‘automatic,’ wrote Terence Williams on social media. Williams said the workers that aren’t afraid of speaking up are working inside to organize. “There are those of us that are doing the heavy lifting on the inside…you’ve got to ask yourself, if 42 out of 45 Nissan plants can have a union, why not Mississippi?” he wrote.

Thompson echoed Williams’ sentiments. “If I can build a car, don’t you think I’d have sense enough to be able to decide whether to join a union,” Thompson said sarcastically to a cheering crowd. Nissan maintains that they are not anti-union and that it is the responsibility of UAW to get enough workers signed up to take a vote.

“We support our employees and we support a safe working environment,” said Rodney Francis, Human Resources director at the Canton facility. “We would never stand in the way of that, in fact, the burden to call for a vote and get the required number of signatures from the employees rests solely with the union and the workers. We would never receive any paperwork with any of that information…we would never see any of that.”

At the conclusion of the pre-rally organizers asked all Nissan workers to line up first for the march. Though hard to actually identify, safe estimates would put that number between 30-50 workers visibly in attendance. Some second tier organizers say more were there and could be identified by a yellow-wristband.

Less than two percent of rally participants were eligible to vote because only workers can vote. No vote has ever been taken. The Canton facility opened in 2003 and employs 6,400 people. Thirty percent of the workforce, or 1,920 employees, would have to agree to a vote for one to be taken. To date, union workers have been unsuccessful in securing the required number of signatures.

In a released statement after the march, Nissan shared, “The allegations made by the union are totally false. The UAW has admitted that these efforts are part of a campaign to pressure the company into recognizing a union, even without employee support. Nissan respects and values the Canton workforce, and our history reflects that we recognize the employees’ rights to decide for themselves whether or not to have third-party representation.”

Like Williams, Sanders also talked about Nissan plants around the world being organized and a part of unions. Sanders highlighted that every Nissan plant had unions except in the United States and that employees earned more.

“Twenty seven percent of the people in unions earn higher wages than those that are not,” Sanders said. “The reason that we see so much anti-union activity on the part of large corporations is pretty simple: they want to see all of the profits go to the people on top and to their stockholders rather than to the workers.”

Nissan officials said the governing rules for establishing a union in the United States are different. “The establishment of unions in other countries around the world is much different from the established process with the National Labor Relations Board,” shared Parul Bajaj, manager of corporate communications, via email. “In the U.S., employees decide who should or should not represent them. Nissan respects and supports employees in this process.”

Safety is a big concern. Travis Park, a current employee at Nissan, told the crowd he witnessed the alleged incident involving Derick Whiting. Based on alleged accounts, when Whiting, a Nissan employee, passed out on the manufacturing floor in 2015, eventually dying, his colleagues were forced to continue working on their assembly lines.

“I was there. I saw him laying on the floor. And they’re telling me I’m lying,” Parks said. Another Nissan employee who was also there, spoke on the conditions of anonymity for fear of backlash from fellow employees, flatly denied this claim. “You have to understand how the line works, it may have appeared it was still running because even when you shut it down or turn it off, it doesn’t come to a complete stop automatically, it slows down and then eventually stops,” she said. “I support whats fair and just and support employees speaking out….I just think you have to be honest.”

Nissan officials also refutes the claim. In response to our email questions about Whiting, Bajaj, citing medical privacy laws and pending litigation shared, “Organizers continue to tell the false story that the line continued to run after Whiting collapsed and required emergency medical attention. His co-workers stopped the line and did all that they could to help him. He was quickly in the care of trained personnel until the EMS transported him to the hospital. These false claims are insulting to those employees who offered aid in that situation.”

Next steps. Organizers at the conclusion of the march, said they planned to deliver a letter to Nissan that included demands that the company ‘immediately cease intimidation and threats by plant managers against those employees wanting to unionize.’ We reached out to Nissan just before our press deadline Wednesday (March 8) and both Francis (Canton plant) and Jose Munoz, chairman of Nissan North America based in Franklin, Tenn., said neither facility had received a letter. 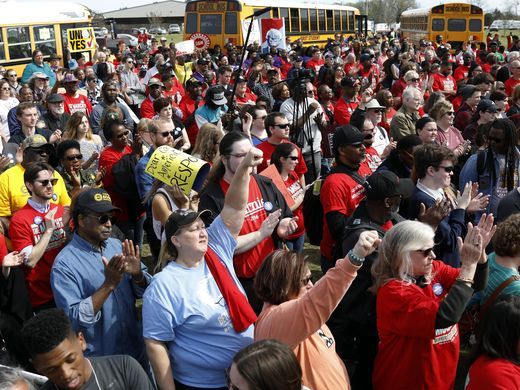 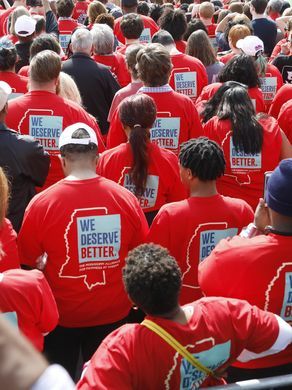 Man killed when horse jumps in direct path of truck

The Mississippi Highway Patrol is investigating a Sunday morning fatal
crash in Pontotoc County on State Route 346 involving a man on a horse.

Troopers responded to the scene in the Ecru community at
approximately 9:15 a.m. […]

Actor Danny Glover has joined supporters of unionization for workers at the Nissan Canton demonstrating outside the North American International Auto Show.

The Mississippi Alliance for Fairness at Nissan protested Monday next to Detroit’s Cobo Center, the Associated Press reported. The group says workers who show interest in organizing the Japanese carmaker’s plant in Canton, are intimidated by management hints the plant would close if they unionize.

Nissan Vice President David Reuter tells The Detroit News the allegations are false. He says workers who wear anti-union T-shirts do so freely “as a show of support for the company.” The shirts say: “Want a union? Move to Detroit.” […]

The Mississippi Link Newswire Today Nissan announced the donation of $250,000 to six local Historically Black Colleges and Universities to promote science, technology engineering and mathematics initiatives at each school to inspire and develop talent. […]