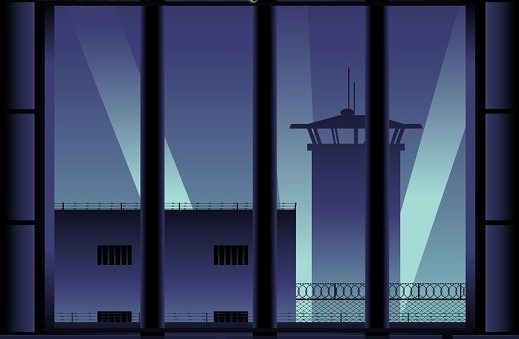 GREENWOOD, Miss. (AP) – Supervisors in one Mississippi Delta county want to seek a contract to fill beds in the empty portion of a former private prison, saying that could help cover costs for the part of the prison now used as a county jail.

The complex housed state inmates when it previously operated as a private prison by Corrections Corporation of America, now named CoreCivic. The state-owned facility closed in January 2012 because of a statewide surplus of prison beds.

The facility has about 1,000 unused beds that Leflore County hopes to lease to the U.S. Marshals Service to house federal inmates, possibly including people detained by U.S. Immigration and Customs Enforcement.

Consultant Ed Hargett, who’s working with the county on the contract, said corrections facilities around the country are anticipating an increase in needed beds for inmates because of President Donald Trump’s clampdown on illegal immigration.

Supervisor Sam Abraham said the county is looking for substantial income to cover the $20,000permonth cost of upkeep on the facility that also houses the Leflore County Jail.

Proposals to allow placement of state inmates in the vacant facility failed in the Mississippi Legislature in 2015.

Abraham said the recommendation to try to lease space to the federal government came from Hargett, an executive with Magnolia Correctional Management of Charleston. Hargett has been providing jail consulting services to the Leflore County for several years, at a rate of $4,000 per month.

Several weeks ago, Hargett presented an evaluation of the county jail facility to supervisors that showed the jail needs significant upgrades.

It’s unclear how much the county would have to pay the state to lease the unused portion of the facility. Abraham said if the county is allowed to lease space to the federal government, it would be dealing through a third party, which he did not name.

“Once there’s a contract, Mr. Hargett might be the upfront person dealing with the company that’s contracting with the federal government,” Abraham said. “Once they tell us how many inmates and how much they’re going to pay per inmate, whether they’re ICE inmates, whatever it is, they will pay the company, and the company will pay us.”

Around Mississippi: Leflore County judge accused of forging signatures by his family in estate squabble

September 23, 2014 Online Editor News, The Buzz Comments Off on Around Mississippi: Leflore County judge accused of forging signatures by his family in estate squabble

The Associated Press Here are some news and notes around Mississippi: In Greenwood, family members accuse a Leflore county justice court judge of forging signatures on land records related to his dead father’s estate. The Greenwood […]

By Monica Land GREENWOOD – The 150th Mississippi Blues Trail marker was unveiled Tuesday, Feb. 21, in Greenwood. The marker is located at the intersection of Lamar Street and Carrollton Avenue and honors blues great […]

By JEFF AMY JACKSON, Miss. (AP) — A Mississippi appliance maker has agreed to pay a $4.7 million federal fine for not reporting that certain ovens in freestanding gas ranges could turn on by themselves, […]