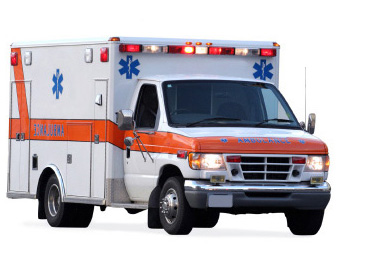 VAN VLEET, Miss. (AP) – An ambulance driver is dead after a head-on crash with an 18-wheeler in Chickasaw County.

Multiple media outlets report the Mississippi Highway Patrol says it happened on Highway 32, between Van Vleet and Okolona, about 5:10 p.m. Tuesday. MHP spokesman Criss Turnipseed tells WTVA-TV (http://bit.ly/2m8Toml) that the truck crossed the center line while the ambulance was answering a call. Authorities say the MedStat EMS Service vehicle collided with the eastbound truck, left the road and landed in a ditch.

The ambulance driver, 54-year-old Michael Collums, of West Point, was killed. The other EMS passenger, 51-year-old Raymond Reed, of Caledonia, was transported to the North Mississippi Medical Center in Tupelo for treatment.

The driver of the 18-wheeler, 42-year-old Maurice Harries, of Memphis, was not hurt.