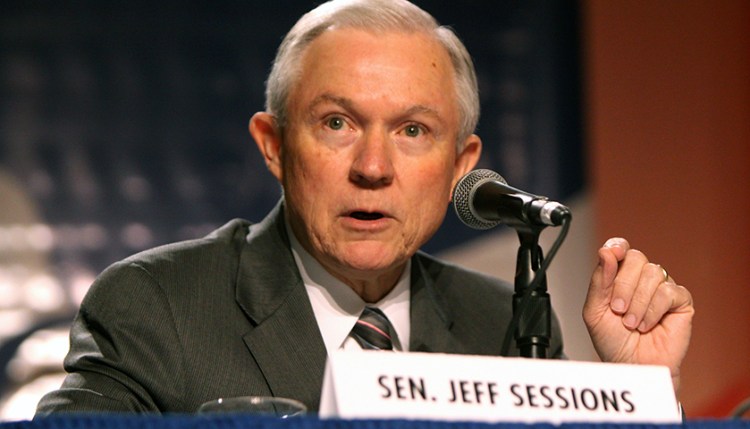 President Donald Trump began his first term by attempting to roll back the civil rights gains that occurred under his predecessor, President Barack Obama.

Hours after Trump was sworn in as president, the Civil Rights Division of the U.S. Department of Justice undertook actions that signaled a major shift in civil rights enforcement; particularly work on voting rights and policing reform. “The actions taken so quickly are unprecedented,” said Joe Rich, the co-director of the Fair Housing and Community Development Project at the Lawyers’ Committee for Civil Rights Under Law.

Rich is also a former attorney working in the Civil Rights Division at the U.S. Department of Justice. The Lawyers’ Committee held a conference call January 24 with the press on the current state of play in civil rights policy as the Trump Administration begins. “We are concerned about the statements of President Trump which are an invitation for voter suppression tactics to be put on the books,” said Kristen Clarke, the president of the Lawyers’ Committee for Civil Rights Under Law. Civil rights groups are reeling from the number of moves the new administration has made in less than a week in office.

Despite the situation, some hope was renewed by the massive and historic turnout of the Women’s March January 21, the day after Trump’s inauguration. In addition, the Lawyers’ Committee says, “the names of new leadership at the Justice Department have been announced and include individuals with track records of fighting against civil rights in the areas of voting.” Preliminary changes in the Justice Department’s Civil Rights Division are occurring, while the nomination of Senator Jeff Sessions to serve as attorney general is pending.

The Senate is scheduled to vote on his nomination this week, even as some civil rights groups call for more hearings in the wake of the Trump Administration’s travel ban on seven majority Muslim countries. Recently, the Trump Administration announced that Jones Day lawyer John Gore would head the Civil Rights Division. “Gore in recent years has been opposed to civil rights in a number of matters,” Clarke pointed out on the January 24 conference call. “He has worked on the opposite side in matters involving redistricting.”

Borrowing a phrase from Martin Luther King Jr., Clarke added: “Justice delayed is justice denied for communities who have long been waiting for relief on these matters.” Clarke said that Jeff Sessions has used vote fraud as a tool to chill black voting. “We are also deeply concerned about the hostility he has had against consent decrees,” said Clarke. “Mr. Sessions has expressed the view that consent decrees are an abuse of federal authority.”

Clarke pointed out that the recent consent decree on the Baltimore Police Department was delayed by the Trump Justice Department.

Lauren Victoria Burke is a political analyst who speaks on politics and African American leadership. She is also a frequent contributor to the NNPA Newswire and BlackPressUSA.com. Connect with Lauren by email at LBurke007@gmail.com and on Twitter at @LVBurke.