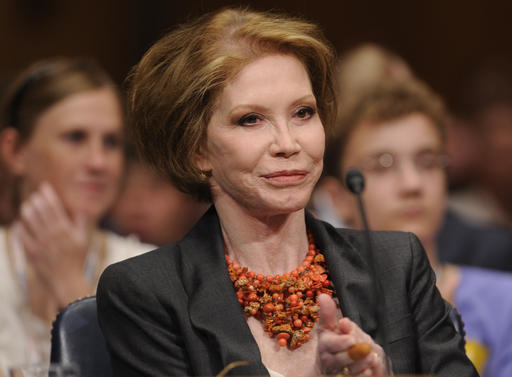 Her publicist, Mara Buxbaum, says Moore died with her husband and friends nearby. She was 80.

Moore gained fame in the 1960s as the frazzled wife Laura Petrie on “The Dick Van Dyke Show.” In the 1970s, she created one of TV’s first career-woman sitcom heroines in “The Mary Tyler Moore Show.”

She won seven Emmy awards over the years. She also was nominated for an Oscar for her 1980 portrayal of an affluent mother whose son is accidentally killed in “Ordinary People.”