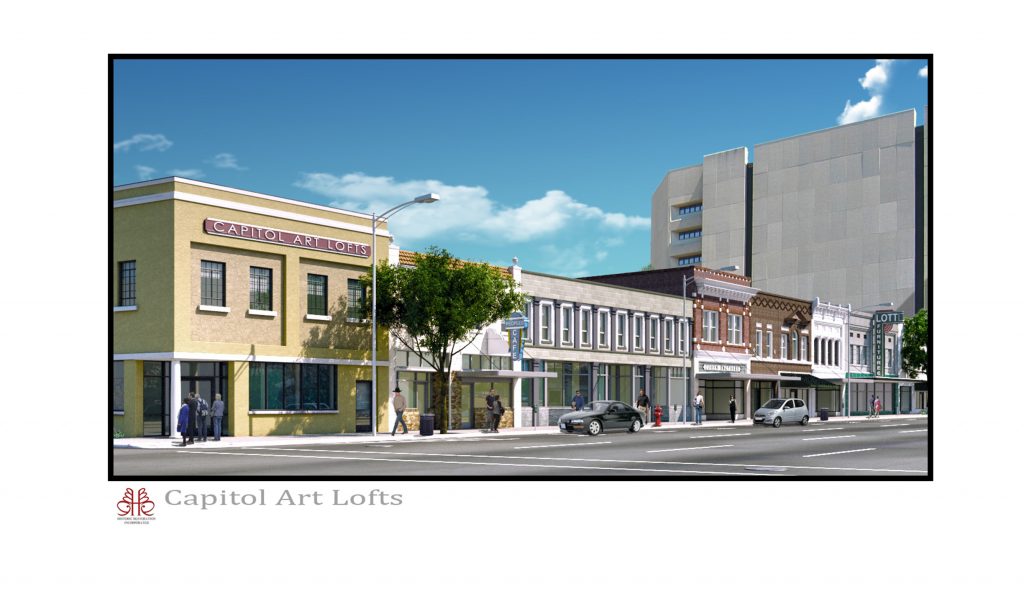 For those of you wondering when more living spaces would open in downtown Jackson, well, wonder no more. Monday, officials celebrated the start of the restoration on the historic buildings that will be transformed into the Capitol Arts Lofts, an affordable residential project with a focus on the creative economy.

This project, originally announced in 2012, was stalled for several years and reasons, including the unavailability of Mississippi Historic Tax Credits and because of budget issues with the city, it [Jackson] did not offer a $1 million low-interest loan as previously announced. Fast-forward to September 2014, officials with New Orleans based HRI Properties Inc., who also redeveloped the King Edward Hotel that stands beautifully across the street and the nearby Standard Life Building, announced that the last part of funding for the $10.4 million project had been secured.

Still more delays and more push backs because of government budget woes, however that didn’t rain on nor stop the vision for the project. Late last year, the Legislature restored tax credits and raised the cap on the credits by $60 million, providing HRI with $2 million it was short of having for the project and the Mississippi Home Corporation increased its Low Income Housing Tax Credit.

Monday, officials participated in a ceremonial brick-laying event to announce the advancement of this project, which ensures the adaptive reuse of historic buildings in downtown Jackson, a trend important to the current revitalization efforts in the area, much like the King Edward Hotel and the Standard Life Building, which have brought residents, visitors, amenities and economic resurgence to the once-abandoned downtown district.

“I’m excited to see this worthwhile project get underway. These architecturally significant buildings will have new life breathed into them, thanks to the power of historic preservation and utilization of the Mississippi State Historic Tax Credit and the Mississippi Home Corporation’s allocation of Low-Income Housing Credits. I cannot wait to see the finished product and for current and future citizens of Jackson to have a new, affordable residential option downtown,” said Bryant.

Buildings originally built between 1885 and 1929, will be converted into 31 loft-style apartments that are priced to attract artists and others in a broadly defined creative category, including the medical field. Amenities include community areas, art gallery/studio spaces, a business center and fitness center.

“We are thrilled to officially break ground on this project,” Leonhard said. “We are excited to continue the construction progress and to unveil a beautiful new block of West Capitol Street later this year. The project is expected to be completed by this summer.

Yarber gleamed with joy. “This groundbreaking points to Jackson’s continued resurgence,” Yarber added. “This project underscores the City’s emphasis on providing quality, affordable housing. It also demonstrates the financing opportunities available through local, state, federal and private sector collaborations and how such collaborations translate into redevelopment and stronger communities.” 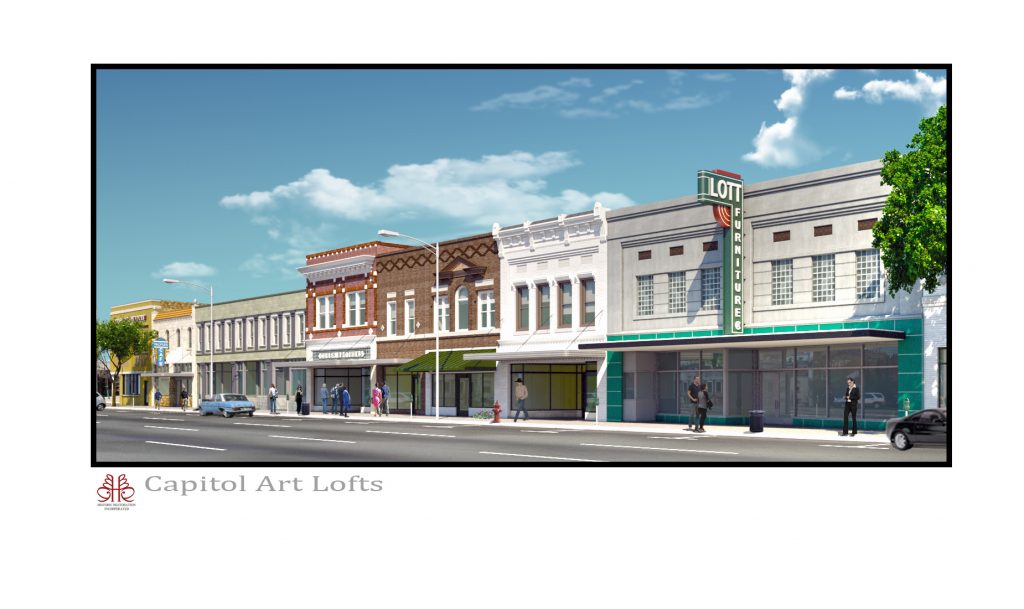