It is that time of year again – time for another round of elections – this time municipal elections. Jan 2 marked the opening date for those interested in running for office in Jackson to sign up. The qualifying deadline is March 3.

Longtime Ward 7 resident Virgi Lindsay is the first person to publicly announce her intent to seek the office of councilperson for Ward 7. Lindsay, a staple in the Belhaven community and former executive director of the Greater Belhaven Foundation, hosted an announcement party at her home last week.

“I am running for this seat because since 1980 I have lived in Jackson, working to make it better and I want to take all that I have learned to help all of Ward 7,” she said to a cheering, standing room only crowd. “I know Jackson city government, I covered it when I was a reporter at the Clarion Ledger…when I worked in public relations for the Jackson Public Schools District and for nearly 16 years I’ve worked with nearly all of the city departments when I worked with the Greater Belhaven Foundation.”

Lindsay understands that the needs of the city are vast and that it will take everyone working together to make it better. “Jackson can do better and I am determined to help make that happen,” Lindsay said. “I will approach working with the Mayor and City Council just as I have always worked – as a team builder and with respect for each person’s concerns.”

Lindsay identifies herself as a strong, decisive leader who identifies goals and then works tirelessly to reach them. Her husband Chuck agrees. “For 34 years, I’ve had a front row seat watching Virgi work and when she makes up her mind to do something, she’s a powerful force,” Chuck, who served on the Jackson Public Schools Board for seven years, said. “She is able to inspire a diverse group of people to roll up their sleeves, work together and actually make good things happen.”

Ward 7 is a microcosim of Jackson, it showcases everything that Jackson can become and highlights some of the problems the city is plagued by. “There are some shared issues that automatically unites Ward 7 that are of great concern to me: streets, water, sewer and drainage,” she said. “But I also have tremendous respect for the uniqueness of every neighborhood in Ward 7 and the people who call it home. I know that in every neighborhood there are champions who are dedicated to protecting and improving their community. These are the dedicated residents who are willing to do the hard work to make things better.”

Lindsay is on a mission to touch every single neighborhood in Ward 7. “I already know some of the leaders and residents of the ward, but I want to know them all, and work along side them to make things better,” she said. “I want to partner with our neighborhoods and use my vast experience in community development to help them succeed.”

Lindsay shares as her top priorities for the ward: • Repairing streets, water lines, sewer and drainage • Making Jackson safer. • Restoring leadership in Jackson Public Schools • Improving and protecting housing for all. Lindsay is ready to work for everyone in Ward 7 and all of Jackson.

“Because of my vast experience, the learning curve for me would not be great,” she said. “I believe in getting things done through solid planning and organizational structure. I would bring my record of success and leadership style to the Council table.” 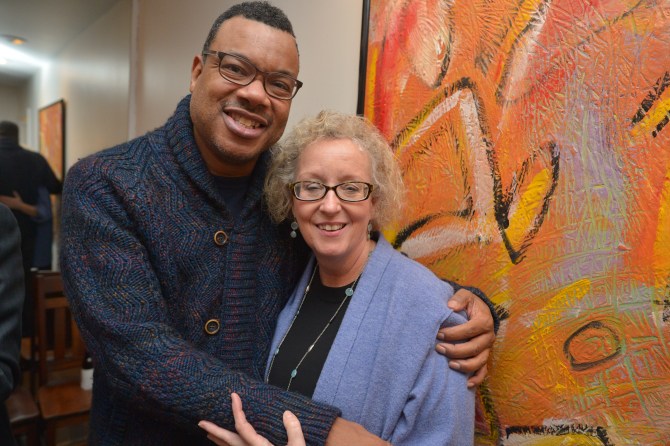