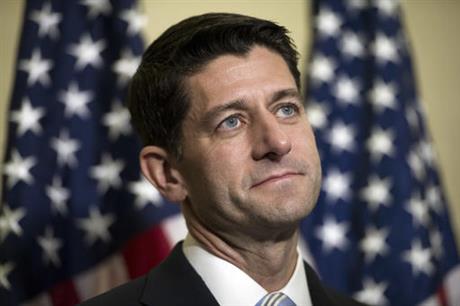 WASHINGTON (AP) — Members of the 115th Congress will be sworn in at noon Tuesday, setting off an aggressive campaign by Republicans who control the House and Senate to dismantle eight years of President Barack Obama’s Democratic policies.

The first and biggest target is Obama’s health care law, which Republicans have long sought to gut and blamed as a primary cause for a lackluster economic recovery. But decades-old programs that millions of Americans rely on every day, such as Social Security and Medicare, also will be in the crosshairs as congressional Republicans seek to shrink both the size of the federal budget and the bureaucracy in Washington.

“We have a lot to do — and a lot to undo,” House Majority Leader Kevin McCarthy, R-Calif., said in a letter to fellow Republicans.

Democrats will try to block the far-reaching conservative agenda by swaying public opinion and using the power they have in the Senate to filibuster legislation. But that strategy has its political limitations. Twenty-three Senate Democrats are up for re-election in 2018, including 10 from states won by President-elect Donald Trump, and they could break ranks and side with the GOP.

“What we will always do is hold the president-elect and his Republican colleagues in Congress accountable,” Senate Minority Leader Chuck Schumer of New York said in prepared remarks Tuesday. “We will be a caucus that works to make sure the president-elect keeps his commitment to truly make America great, in its finest sense and tradition.”

Obama plans a rare trip to Capitol Hill on Wednesday to meet with congressional Democrats and discuss strategy for saving the health care law. Vice President-elect Mike Pence will meet with Republicans.

The first week of the new Congress will be a preview of the hectic pace planned by Republicans.

The House will vote on Tuesday on a rules package that would gut the independent Office of Congressional Ethics, placing it under the purview of the lawmaker-run House Ethics Committee. Democrats and watchdog groups angrily denounced the notion of Congress’ self-policing.

The rules package, which Republicans drafted behind closed doors without public debate Monday, also would give GOP leaders the tools to punish lawmakers if there is a repeat of the Democratic sit-in last summer over gun control.

Votes also are expected on resolutions to denounce the United Nations for condemning the construction of Israeli settlements in the West Bank and east Jerusalem. Republicans blasted the Obama administration for refusing to veto the decision. House Speaker Paul Ryan, R-Wis., pledged “to reverse the damage done by this administration, and rebuild our alliance with Israel.”

James Clapper, the director of national intelligence, is scheduled to testify Thursday before the Senate Armed Services Committee on an intelligence community assessment that Russia interfered in the U.S. election by hacking into Democratic email accounts. Allegations of Russian meddling in the U.S. political process will be examined by individual congressional committees, but Senate Majority Leader Mitch McConnell has rejected a bipartisan call for a special, high-profile select panel to investigate.

Obama last week slapped Russia with sweeping penalties over the hacking allegations, yet Trump has not publicly accepted the conclusion Moscow was behind the election year intrusions. Incoming White House press secretary Sean Spicer said Monday on Fox News Channel’s “Fox & Friends” that “there doesn’t seem to be conclusive evidence” that the Russians were responsible.

Other must-do items on the GOP’s agenda are an overhaul of the U.S. tax code. Conservatives also want to scuttle rules on the environment and undo financial regulations created in the aftermath of the 2008 economic meltdown, arguing they are too onerous for businesses to thrive.

The Senate plans to begin repealing Obama’s health care law on Tuesday, with consideration of a procedural measure that will shield the initiative from Democratic filibusters.

Lawmakers will then spend the next few months working on legislation canceling broad swaths of the law. Likely to go are its mandate that people buy health insurance or face IRS fines, and its expansion of Medicaid coverage to more lower-earning Americans. But several elements of the repeal likely wouldn’t go into effect for two to four years.

Amid the busy legislative schedule, the Senate will exercise its advice and consent role and consider Trump’s picks for his Cabinet.