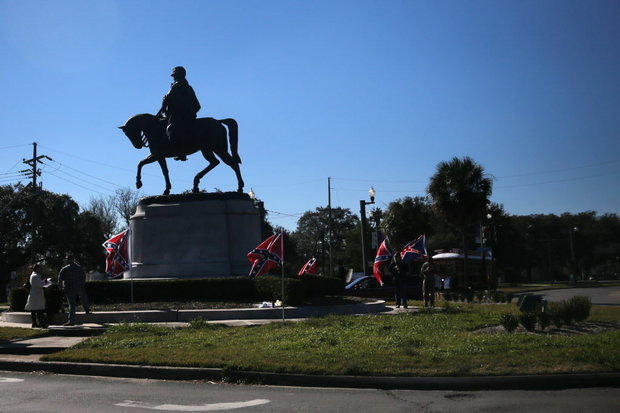 NEW ORLEANS (AP) — New Orleans is asking a court for advance notice when a decision on the fate of controversial Confederate-era monuments is imminent, citing worries of possible demonstrations, judicial records Thursday show.

In a letter dated Nov. 29, the city’s attorney, Rebecca Dietz, asked the 5th Circuit Court of Appeals for 24 to 48 hours’ notice before the court issues a decision in the highly anticipated case. The city’s plan to take down the four monuments has become a flashpoint for controversy between residents who consider them monuments to slavery and others who consider them important historical artifacts.

Dietz’s letter was received and made public by the court Thursday.

Dietz wrote that the case has received intense scrutiny, and that the city wants the police to be prepared if the monuments become the site of demonstrations. She cautioned that the city is not asking to know the court’s decision in advance but only to get a heads up when a decision is coming.

“As the release of a ruling draws closer, we believe it is important to ensure that law enforcement is prepared to respond if the monuments become the site of spontaneous demonstrations and protests, much as they did in the wake of the recent presidential election,” she wrote.

Protesters like those upset at Donald Trump’s election have often defaced the monuments with graffiti and use them as a rallying point for demonstrations.

The removal has been held up in court as opponents try legal maneuvers to keep them standing. The appeals court heard arguments in September on the issue.

The court clerk said it would take no action on the city’s request, writing it must first be filed electronically.