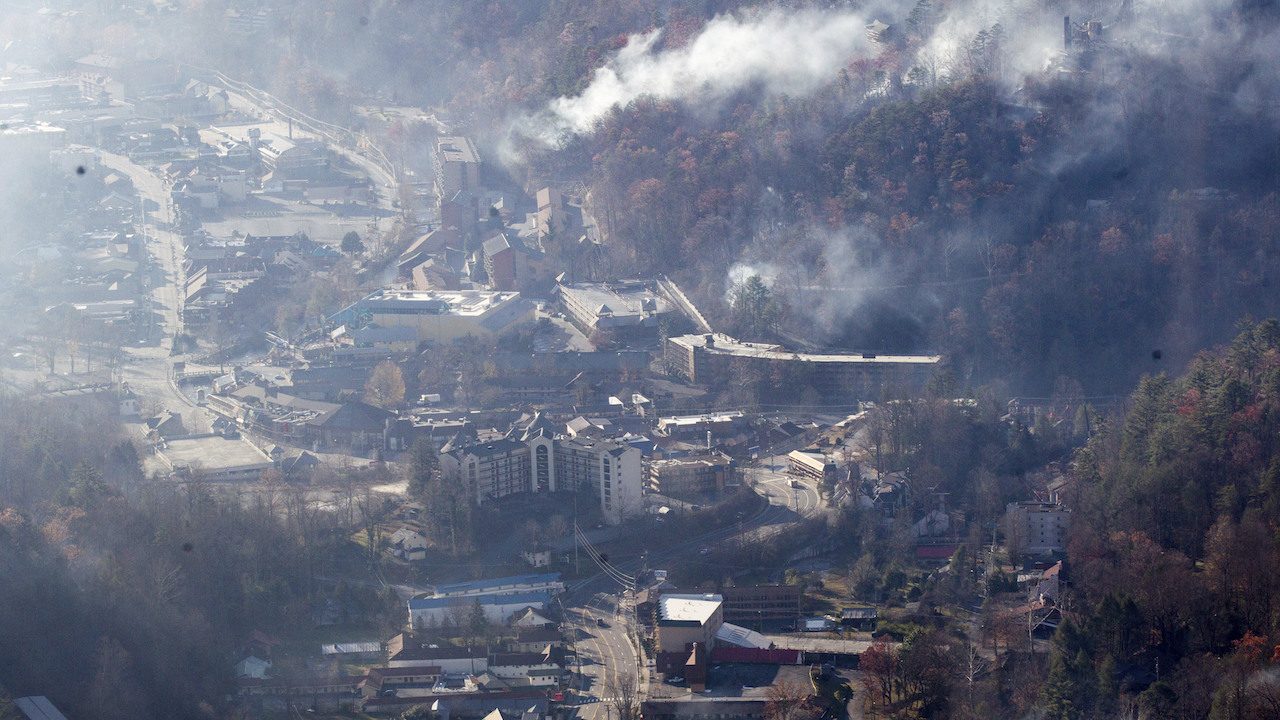 GATLINBURG, Tenn. (AP) – A Tennessee tourist mecca is emerging from the smoke, charred and vacant.

During wildfires Monday night, many buildings in Gatlinburg were burned to their foundation. Hotel fire alarms eerily echoed through empty streets lined with burned out cars Tuesday evening.

Three people were killed. The fire destroyed at least 150 buildings, including iconic homes and a resort. Other buildings and attractions remained largely intact, including the Dollywood amusement park in nearby Pigeon Forge.

Wildfires have been burning for several weeks across the drought-stricken South. But Monday marked the first time homes and businesses were destroyed on a large scale.

Gatlinburg, a city that opens up to 11 million visitors annually, is facing a new reality. But Mayor Mike Werner, who lost his home, says his town will pull together and recover.