In celebration of The Mississippi Link’s 23rd anniversary, three former editors of the paper shared what it meant for them to lead this publication.

Other Cain, whose noontime chats on Facebook are now viewed by thousands daily online, said, “Serving as editor (was) an experience of a lifetime.” A freelance writing opportunity at The Mississippi Link eventually turned into a full-time managing editor’s position and led to everlasting relationships. My time at The Link opened so many doors for me including hosting political events, acting in community theatre groups and working with one of my all time favorite journalists, the late George Curry. The Mississippi Link afforded me the opportunity to fully understand the role of the Black Press and it’s a responsibility that I will always respect and uphold. When I think of family, I immediately think of the relationships I have at The Mississippi Link. That’s the value of the Black Press. When I think of controlling our narrative, I think about the need to support The Mississippi Link. No one can tell our story better than we can. I credit The Mississippi Link for expanding my journalistic values. Happy Anniversary.

I returned to Mississippi after living in Chicago for 36 years. In the five years that I’ve been ‘home,’ I cherish the two years I served as editor of The Mississippi Link most. I came on board in October 2013 and continued until October 2015. During the time I was editor, publisher Jackie Hampton allowed me a schedule that included a position as adjunct professor in the Mass Communications Department at Tougaloo College. And when the opportunity opened for me to become full time at Tougaloo, she championed me on with good blessings. I spent long nights with copy editor Minnie Garrett fine- tuning each page of the weekly issue. And there was Marcus, quiet and resourceful doing layout and graphic design. I felt enthused to teach at Tougaloo primarily because of my experiences as editor of The Mississippi Link. First I followed some pretty great people – former editors Othor Cain and Gail Brown. Both impressed me with their personal strengths: Gail was issue-oriented and pursued the in-depth investigation underlying them. Othor – well, I’ll put it like this; his mantra to me: Take no prisoners! Filling their shoes opened my eyes to the vast reservoir of talented people, the great resources (and in some cases lack thereof) in the business and political landscape of Mississippi. I began to see Mississippi, and Jackson in particular, as the reservoir of opportunities for the diligent journalist. There was never a day when news was not breaking, when lives were not impacted, when history was not being made or revisited in Mississippi. As editor I reconnected as one who had been in ‘diaspora’ – away from home for too long and now becoming entrenched in what has become known as The New South. The Mississippi Link was my entry into this rediscovery. I pray that ALL Mississippians in ‘diaspora’ subscribe to The Mississippi Link, come home to your native land as you turn its pages. You’ll be surprised to see how many faces you may recognize from your childhood. You’ll be amazed at the rise (and fall) of some pretty great human beings. The Mississippi Link reconnected me to all those things that made me who I am. 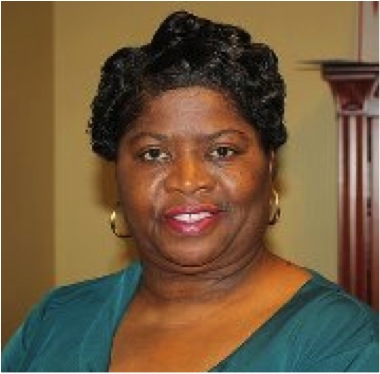 As a former editor, writer and photographer, I am most grateful for the opportunity to have served the NNPA-member paper from January 2008 until August 2012. I will forever be appreciative for the trust that Jackie Hampton and Minnie Garrett put in me during my tenure at The Mississippi Link. My experience was exciting, challenging at times and rewarding. Some of my most memorable coverage was the historic 2008 Presidential Debate between then-Democratic candidate Barack Obama and then-Republic candidate John McCain at the University of Mississippi, Oxford, Miss. Although The Mississippi Link only got clearance to be included in the huge media tent outside of the debate hall, I was very happy to be there. Can you imagine how proud I felt knowing that I was at a debate which was making history on a university campus that had made history when James Meredith, an African American, broke racial barriers? I had not realized how this newspaper was connecting our city and state to the world. The realization hit home for me as I listened to an out-of-town cousin, Dewitt Tolbert, make remarks during the funeral service of my dear mother. Making the comparison between me and my mother who was a very quiet person, he said, “Gail has been a voice around local communities and around Mississippi through The Mississippi Link.” I still maintain my relationship with The Mississippi Link as the need arises in sharing news items. I learned a great deal during my tenure with this award-winning newspaper. Happy Birthday, Mississippi Link! And, may you experience many more!

Video of a community forum hosted by The Mississippi Link.
The community panel discussed the debate immediately after the conclusion of the nationally televised event:
Watch the video… […]

Organizers of Walk to End Alzheimer’s: ‘Keep the robber at bay’

By Ayesha K. Mustafaa
Staff Writer
As the 2012 Walk to End Alzheimer’s in Mississippi was set to begin, former editor of The Mississippi Link, Gail Brown, whose father succumbed to this dreaded disease, put out the rallying call:
“Alzheimer’s is like a robber that goes in and out of the homes of families, stealing its victims’ memory and quality of life.” … […]