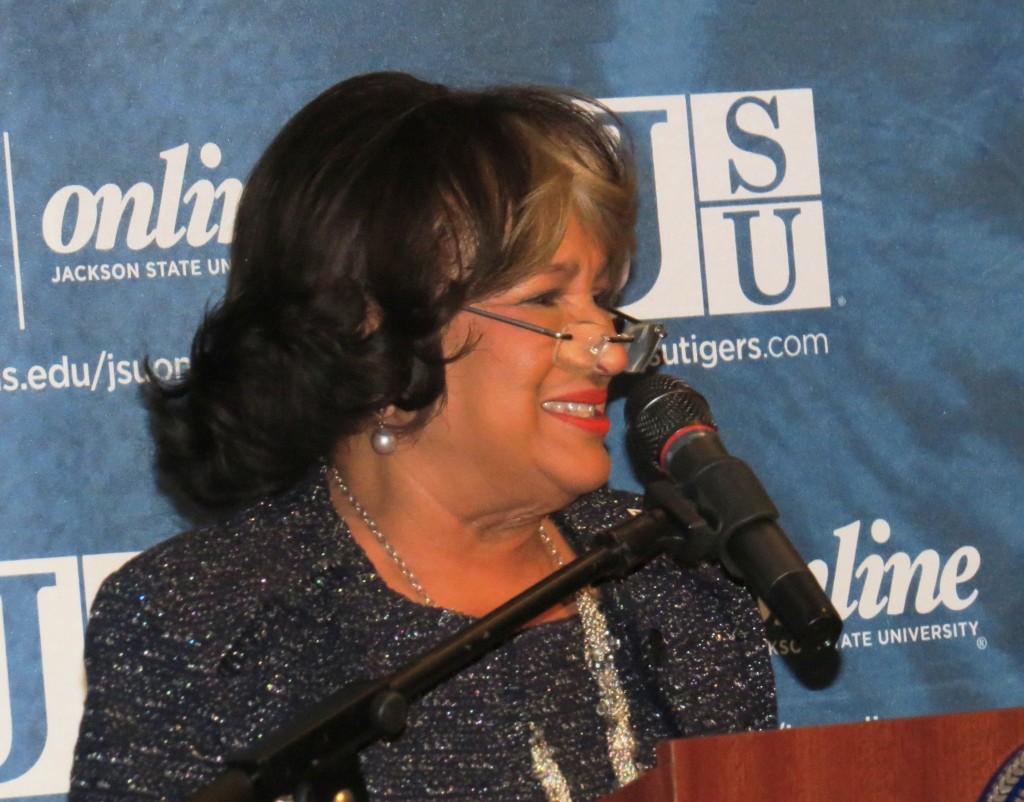 In a letter dated Monday and released Tuesday, Carolyn Meyers says she will resign effective Nov. 1.

The announcement comes after the College Board hired an accounting firm to oversee university finances, saying spending was exceeding revenue and JSU’s cash reserves were running low. As of June 30, JSU had $4 million in cash on hand, down from $37 million in 2012. The university has announced a plan to rebuild reserves.

Enrollment at the historically black university grew strongly under Meyers, president at JSU since 2011, rising to nearly 10,000 students. But she was also dogged by lawsuits from former employees who claimed Meyers and Athletic Director Vivian Fuller had mistreated them.

The Mississippi Link Newswire JACKSON, Miss. – The Jackson State University has named Camille Ross to lead its women’s track and field and cross country program. Her start date is set for Oct. 19. Ross […]

Community and business leaders, friends and family, attended the grand send-off for Jackson State University’s dean of the College of Business, Dr. Glenda Glover, who will be the next president of her alma mater, Tennessee State University in Nashville, starting January 2013. The Tennessee Board of Regents confirmed the Memphis native’s new position in November 2012…. […]