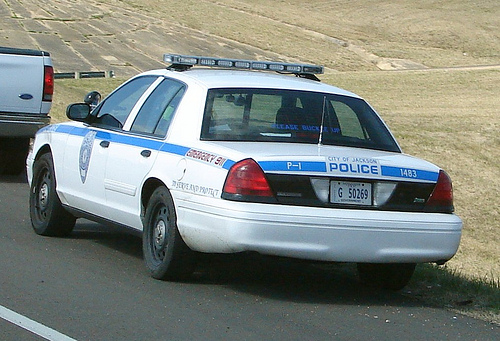 JACKSON, Miss. (AP) – A Jackson police officer has been injured after authorities say a drunken driver slammed into his patrol car.

Local media outlets report that officials say Officer Eugene Alvarez was assisting a stranded motorist on Interstate 55 on Saturday morning when a car crashed into his police cruiser.

WLBT-TV reports Alvarez was taken to the hospital with minor injuries and was in stable condition.

Police say the intoxicated driver was also injured. There’s no word on charges filed yet.

Man fatally shot in home, no suspects no arrests