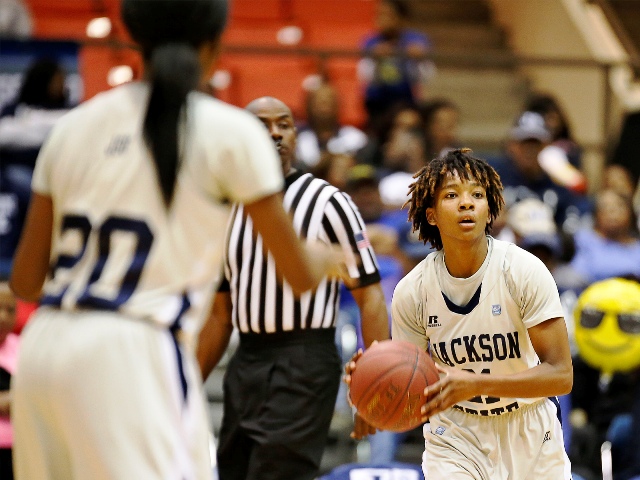 Jackson State’s leading scorer from a season ago, Derica Wiggins, was named to the Southwestern Athletic Conference preseason All-SWAC second team Oct. 12, during the league’s annual preseason teleconference session with the media.

Wiggins, a 5-7 junior from Memphis, Tenn., led the Lady Tigers and was ranked 11th in the SWAC in scoring (12.2 ppg). She knocked down a team high 60 three-pointers last season. Defensively, she led the team in steals with 38 and had a pair of blocked shots. The Lady Tigers who finished the 2015-16 season with a 14-16 overall record and an 8-10 conference mark, was predicted to finish as the sixth best team this season.

The Lady Tigers will play a pair of exhibition games – Millsaps College Nov. 4 and Tougaloo College Nov. 8 – before opening the 2016-17 regular season Nov. 11 against Blue Mountain College at the Lee E. Williams Athletics and Assembly Center.