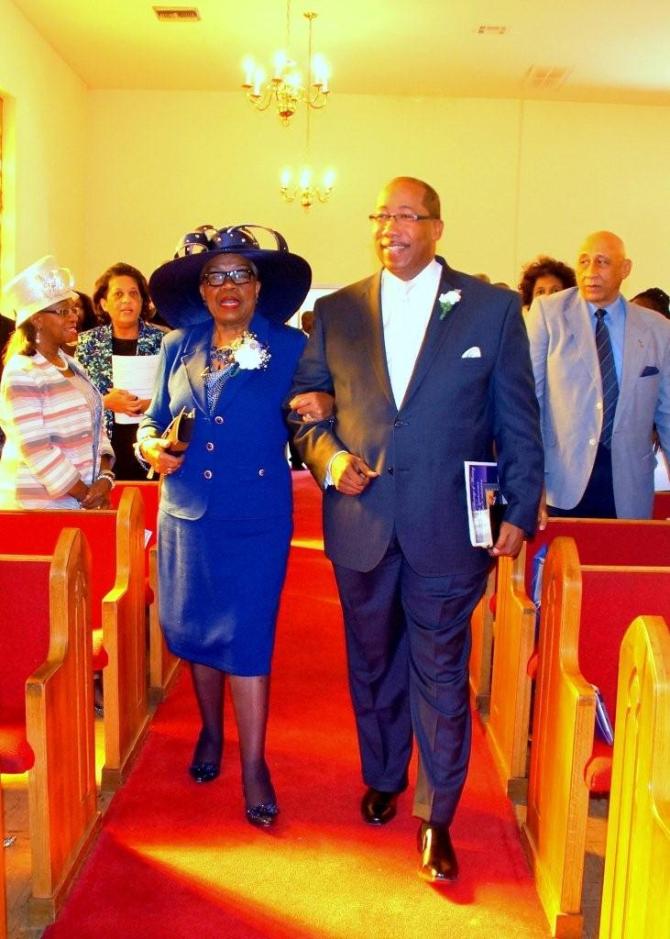 On Oct. 10, 2010, the congregation of College Hill Missionary Baptist Church in Jackson, officially welcomed its 14th pastor to the church’s pulpit. Rev. Michael Titus Williams, an experienced preacher, teacher and leader delivered his first sermon to the congregants and they agreed his words from the Lord were a blessing to all who were present. Six years later, Oct. 9, the College Hill family honored Williams during his sixth anniversary celebration. During the celebration, Williams was saluted by several ministries before being touted by the guest speaker of the day, the Rev. Lee Carson, pastor of First Baptist M.B. Church of Kosciusko.

Carson used 1 Corinthians 15:58 as the selected scripture and “A messenger with a time sensitive message” as the salutatory topic. Carson began by asking the question, “What good would a messenger be without a message?” He noted that sometimes in life, we have a hard time getting our time sensitive message across to others. Carson said, “Yes, in the Bible, God spoke directly to Adam but remember, He also used doves, ravens, a donkey, a great fish, a rooster and angels to deliver messages. “Today, we are talking about a pastor, your pastor (the deliverer of God’s message). In I Corinthians, God used the Apostle Paul to share His message of salvation to the Corinthians and that message still applies to us today. “Your pastor has been given an urgent message. Spiritually, he moves swiftly because he’s trying to get the message out that Christ died for our sins. It’s a message of love, hope and urgency. People’s lives depend on this message.”

Carson asked the congregation to note that whatever the pastor is doing, he’s doing it under the direction of the Lord and ended by telling Williams, “If you do all you can for the Lord, it will never be in vain.”

Williams currently serves on the executive board of the General Missionary Baptist State Convention of Mississippi, Inc. He has held leadership roles in various religious, civic and educational associations throughout his pastoral and professional careers.

By his own admission, Williams consistently shares that “Our No. 1 responsibility is to get the word out and to get it straight.” He notes that because College Hill is an institution of believers that has been sharing God’s word for 106 years, God’s message has been and will continue to be delivered in and around the community it serves.

The College Hill legacy began in Robinson Hall on Rose and Pascagoula Streets in Jackson. Over the years, the relationship between College Hill and Jackson College, which existed at the onset of the church’s birth, developed into a stronger one. The college, now Jackson State University, donated land to the church and the two executed their purpose: Jackson College – the theory of education and the church – the practice of religious theory.

At the close of the celebration, Williams thanked everyone present and/or involved for helping to make this celebration one that he will never forget. 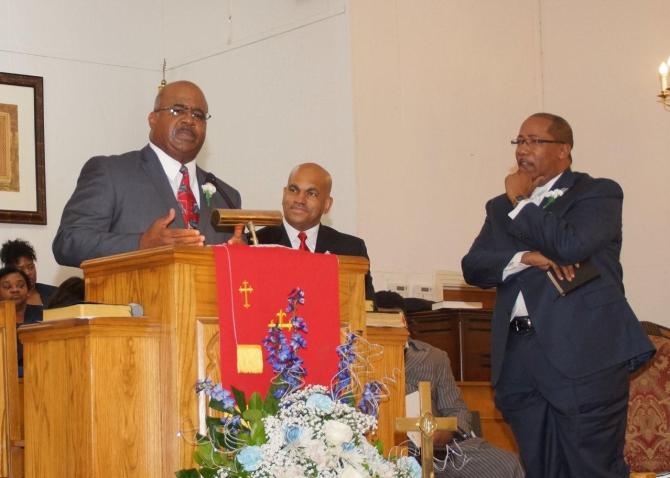