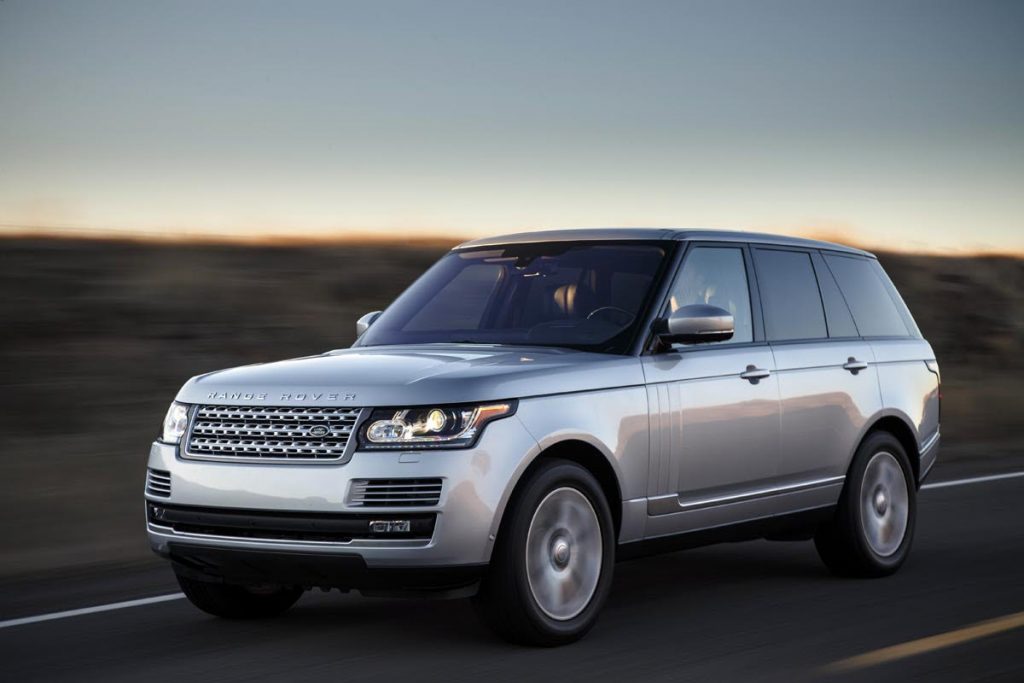 DETROIT – The Range Rover is hands down the best luxury sport utility on the planet and it just got better. That’s because the good folks from Coventry, England, have dropped a diesel into the lineup or at least brought the diesel powered Range Rover to these shores.

This model was powered by a turbocharged direct injected 3.0-liter V6 engine that made 254 horsepower and 440 pound-feet of torque at 1,750 rpm. Mated to an eight-speeded automatic transmission, the low end torque made this vehicle great at towing and at putting power to the pavement.

Given the mistrust that has been created by Volkswagen’s cheating on emissions test of its diesel engines, implicit in the quality of the emissions technology of Range Rover’s diesel engine approved by federal regulators.

The engine block was constructed of compacted graphic iron which is stronger than grey cast iron. It was lighter too. Range Rover said, “The deep-skirted, cross-bolted design and one-piece structural aluminum oil sump of the Td6 help the engine to absorb combustion noise effectively which improves refinement.”

Where the emissions came is the engine used what the automaker called a diesel exhaust fluid to reduce nitrogen oxide NOx emissions. The fluid is injected into the exhaust and as the mixture passes through the catalytic converter NOx is turned into “harmless” nitrogen gas.

What’s more, the diesel exhaust fluid is commercially available so owners can replenish the fluid themselves or they can take the Range Rover to their dealer and get it done.

In the press material, Range Rover stated that a new Low Pressure EGR system has been critical to the success of Td6 emission ratings and further improves fuel economy. Unlike traditional High Pressure EGR systems, which recirculate gases directly from the exhaust manifold to an inlet manifold at high pressure, the revised design takes gases at low pressure – after the DPF filter in the exhaust pipe – and feeds them back to the turbocharger inlet. From here they pass through an intercooler, resulting in a lower peak combustion temperature.

This is significant stuff. Land Rover, the parent of Range Rover is pushing ahead with its plan to provide diesel power throughout its lineup as an option to consumers despite the mistrust generated by VW. It is an indication of the faith it has in its diesel technology.

You expect everything about any Range Rover to be top notch and the Td6 did not disappoint. This engine was quiet, the power was ample and the craftsmanship exemplary.

A commercial diesel engine is not going to tear up the pavement from a standing start. But the enormous amounts of torque produced by the Range Rover’s engine meant that it could walk away, so to speak, from just about anything on the road. And it did.

Range Rove has always excelled at craftsmanship. The vehicles wood trim looks like planks of maple or walnut rather than veneer. Our test model’s seats were heated and cooled fore and aft. The front pair would massage the driver and passenger. And the rear seats were power adjustable.

This Range Rover was a retreat from the outside world while we drove. The air suspension made it seem a lot lighter than its 4,700 lbs. It had a panoramic moonroof that provided lots of light and some natural elements when retracted.

Four passengers each had a climate control unit, there was a front cooler box, configurable ambient lighting, adaptable Xenon headlights, blind spot alert with closing vehicle sensing. And of course there was cross traffic alert with the rearview camera which was part of a system that provided overviews.

It could automatically park itself, perpendicular or parallel, with park exit 360 degree park distance control, there was a heads up display, it was pre- wired for WiFi and it had soft door close. The tow package had a hitch receiver with electrical connector. What’s more, there was a full-size spare tire. That just some of the equipment the Range Rover HSE Td6 had. Most surprising of all was that all of its mechanical and creature comforts were standard.

The base price was $93,950. Add a $995.00 freight charge and the total came to $94,945. Diesel engines are astoundingly durable. Add that longevity to the quality build of a Range Rover and the Td6 could be the last vehicle you ever have to purchase.