The Jackson State football team looked to pick up its first win of the season, but the Tigers were unable to “Protect their House” (the team’s new motto for home games), falling 35-14 to the Grambling State Tigers Sept. 17, in the 2016 W.C. Gorden Classic.

“Our kids went out there and battled,” said JSU head coach Tony Hughes. “I think we improved tremendously tonight. Any time you give up only 79 yards and 300 yards of total offense.” Grambling scored on its first possession of the game, when Devante Kincade connected with Chad Williams on a 51-yard strike. Moments later Joseph McWilliams intercepted an errant La Montiez Ivy pass and took it to the house on a 62-yard run. Jonathan Wallace’s extra point kick gave the G-Men a 14-0 lead with 7:08 left in the first quarter.

GSU opened the second quarter with a one-yard Martez Carter touchdown run that capped an 11 play, 74 yard drive. The score gave the G-Men a 21-0 lead with 12:26 remaining in the half. Jackson State put its first points on the scoreboard when Kwame Bowens forced a Kincade fumble in the end zone, which was recovered by DeShawn Tillman. The play marked the third non-offensive touchdown for the Tigers in two games.

JSU played three quarterbacks in the game. Ivy started, but was replaced with Brent Lyles, who led the team with 150 yards on 19-of-35 attempts. JSU’s third quarterback, Juwan Adams recorded the team’s only offensive touchdown. Adams connected with Miquel James, for the true freshman’s first career touchdown, on a 14 yard pass play. Lyles finished the game with a team high 30 rushing yards and Adams followed with 28. Daniel Williams led the Tigers with 102 receiving yards on a game-high 11 receptions.

Punter Christian Jacquemin had another outstanding game. He had nine punts for 383 yards and an average of 42.6 yards per punt. JSU’s defensive lead, Javancy Jones was not productive as he was hobbled by a banged up knee. However, Keontre Anderson and Stacy Noble filled the void with each player recording seven tackles. Anderson led the team with 3.5 tackles for loss and Noble forced a GSU fumble. 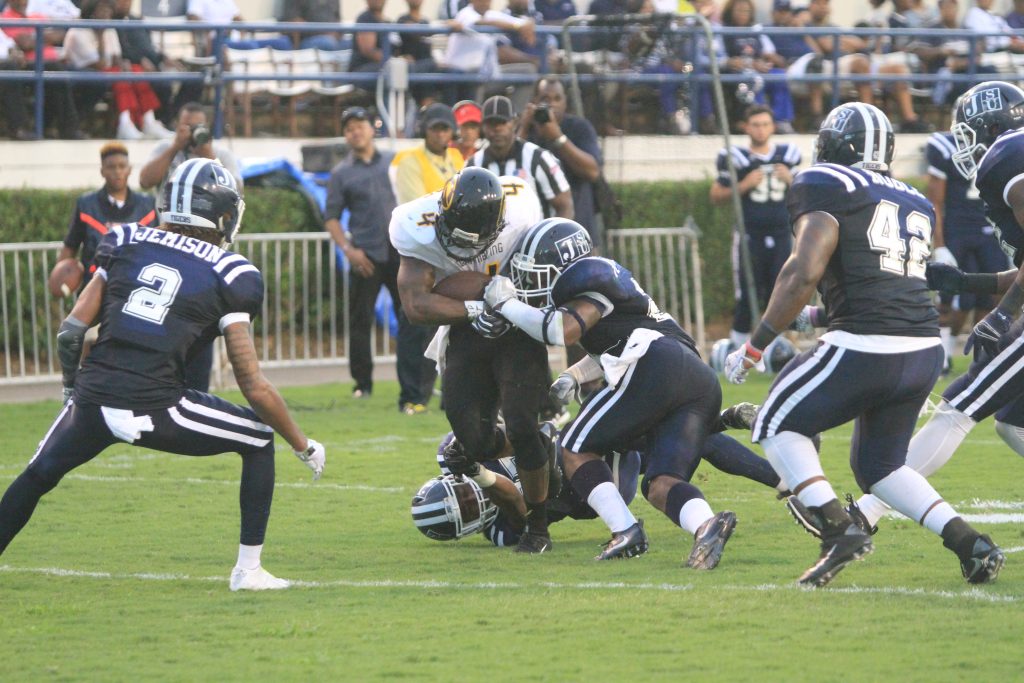 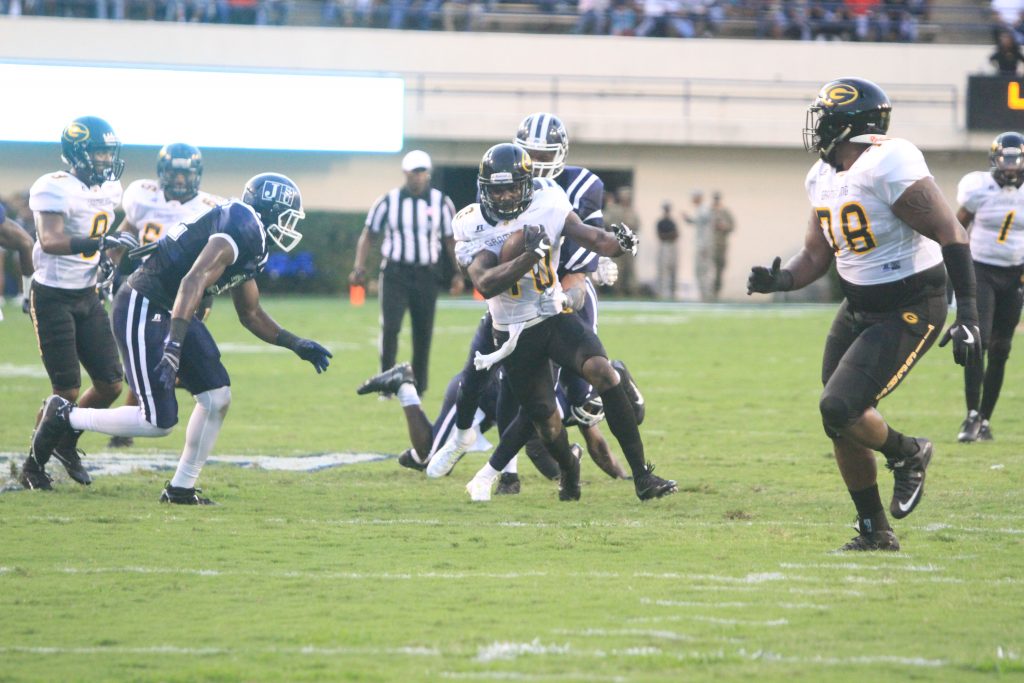 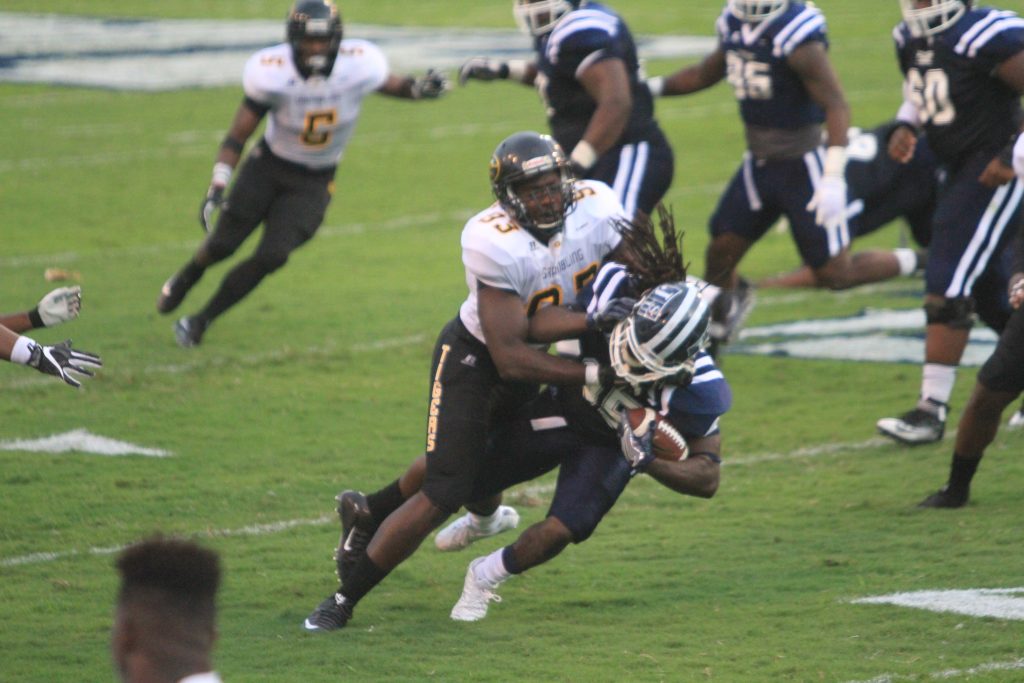 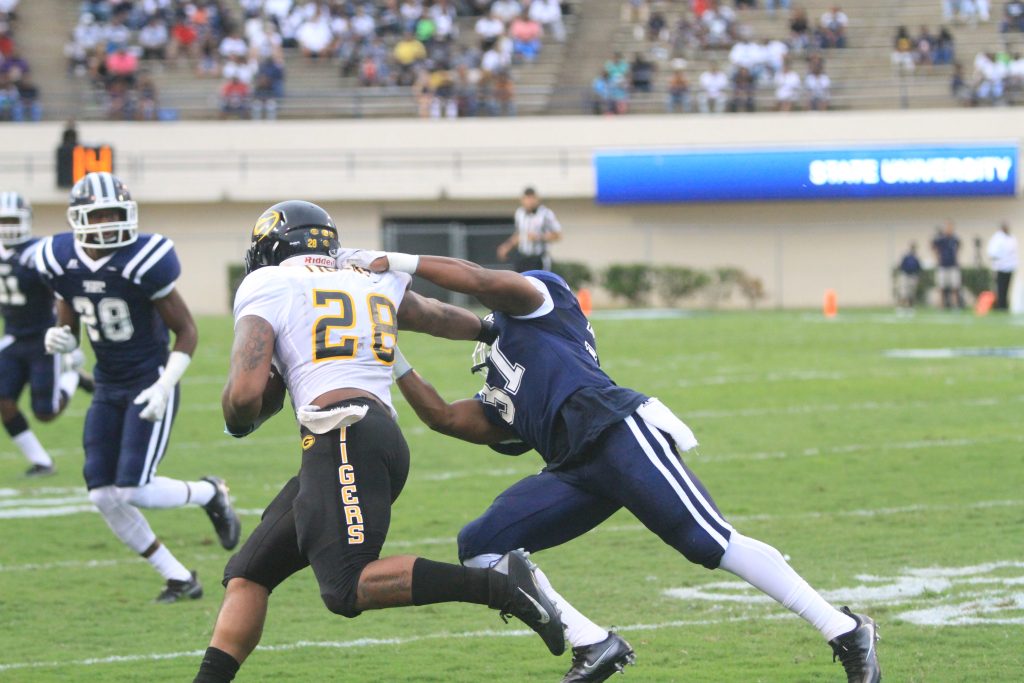 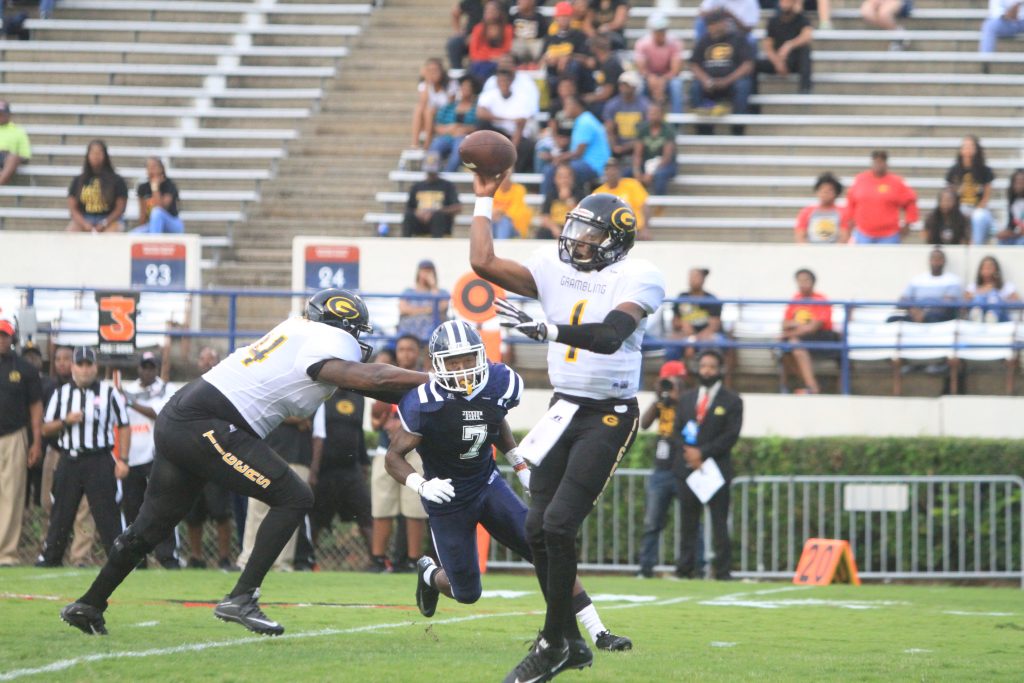 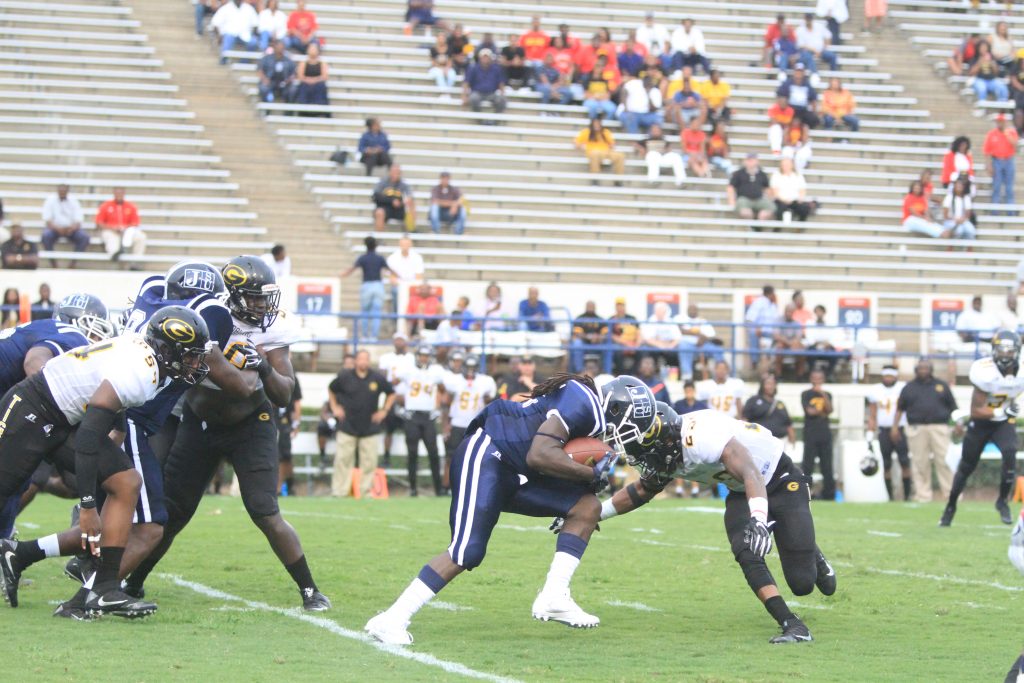 By Stephanie R. Jones Contributing Writer Before Willie L. Richardson Jr. left his imprint on Jackson State University, before he made his mark in the National Football League, the young wide receiver from Coleman High […]

Orange Bowl: Mississippi State favored by 7 over Georgia Tech and other game notes

December 31, 2014 Online Editor Sports Comments Off on Orange Bowl: Mississippi State favored by 7 over Georgia Tech and other game notes