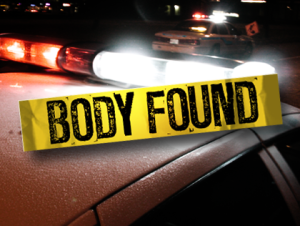 KILN, Miss. (AP) – Hancock County officials say a body has been found in woods near Kiln _ an area where a search has been ongoing for a man missing for more than a week. Hancock County Coroner Jim Faulk said the man’s identity had not yet been confirmed as of late Monday afternoon. The body was found as relatives and authorities searched for 33-year-old Jason Johnson, who was reported missing Aug. 24.

COTTAGEVILLE, S.C. (AP) – New York City officials have extended beach closures beyond Labor Day because of continued deadly rip currents caused by storm system Hermine. Parks officials say beaches will be closed to swimming, bathing and surfing on Tuesday. At least three deaths associated with Hermine have been reported as the storm moves along the East Coast.

BILOXI, Miss. (AP) – Three people escaped, but a 79-year-old Biloxi man and his dog died in a weekend house fire in Biloxi. The Sun-Herald reports that Ollie Lamey Jr. was found dead in his cinder-block house, which was gutted by the fire early Sunday. Biloxi Fire Department’s Deputy Chief of Operations Jeff Merrill said Lamey Jr. had been sleeping in bed with his dog when he died.

NATCHEZ, Miss. (AP) – An Adams County judge is speaking out against a proposal by the county’s Board of Supervisors to reduce county funding for an adult drug court. Adams County Circuit Court Judge Lillie Blackmon Sanders tells The Natchez Democrat that the court has had success in getting people off drugs and into jobs. Board of Supervisors President Mike Lazarus said the cut would put funding on a level with other counties in the state that contribute money to drug courts

PASCAGOULA, Miss. (AP) – The pilot of a small airplane that landed on Interstate 10 in south Mississippi said he lost power as he was approaching Gulfport and didn’t have enough altitude to try to […]

BILOXI, Miss. (AP) – Biloxi police say a man being taken into custody on a misdemeanor charge head-butted an officer in the face, resulting in a felony charge. Detective Nick Sonnier tells The Sun Herald […]

JACKSON, Miss. (AP) – For La’Porsha Renae, being “American Idol” runner-up means there aren’t any more quick trips to the store. She tells The Clarion-Ledger (http://on.thec-l.com/22bFcEt) that she and her sister figured it would take […]