Before a group of Mississippians who want to see the state flag taken down took their cause to the U.S. Capitol Tuesday, they had a conversation about race in Jackson a few days before.

A panel assembled at the Smith Robertson Museum. On the panel was actress Aunjunae Ellis of McComb who has been a leader nationally on the flag debate. She has discussed where the state is now and where it needs to be and the role the state’s flag bearing the Confederate emblem plays in social and racial progress.

“We have to start now to make sure this isn’t just a Mississippi problem, but a national problem,” Ellis said.

After the meeting, Ellis said she thought the comments from some in the overflow audience were fantastic. “The thing about it is, it is hard hearing people’s thoughts,” she said. “I feel there is work to be done in our community. How do we change the mindset?”

She and others said when it comes to race there is a level of acceptance in the African-American community. It’s the easier choice sometimes, she said, to accept things as they are or have been.

“We pretend things are OK. They are not OK,” said Ellis, who has acted in movies and stars on the ABC TV show “Quantico.”

Ellis was joined on the panel by Erik Fleming of the ACLU of Mississippi, Civil Rights veteran Hollis Watkins, Abram Muhammad of Muhammad Mosque No. 78 of the Nation of Islam, and Cynthia Newhall of Cooperation Jackson.

The discussion ranged from the need to not blame conditions today on past slavery to how to bridge the gap between older and younger people so future generations won’t be burdened with racial animosities. One young speaker asked how do young people enjoy the seeds planted for them and not plant bad seeds in the ground again.

Muhammad talked about things he thinks African Americans do to hurt themselves. “We’re the only people who do what we’re told not to do and don’t do the things we’re told to do,” he said.

Ellis encouraged those in the audience to board a bus that left Monday morning for Washington D.C. to rally in front of the Capitol.

U.S. Congressman Bennie Thompson, who has been an outspoken proponent of changing the flag, spoke at the rally.

Duvalier Malone, a political consultant and Mississippi native, was the master of ceremonies.

State Rep. Kathy Sykes, who attended the rally, said, “We decided to take the fight to the U.S. Capitol because we want America to take it down.

“We are demanding this symbol of white supremacy and segregation is removed from all monuments and cemeteries in the state as well as the state Capitol of Mississippi.”

Ellis and others said the flag is a symbol of oppression and hatred in the state. However, Mississippians voted unanimously to keep it.

But Ellis says, “it will come down.” 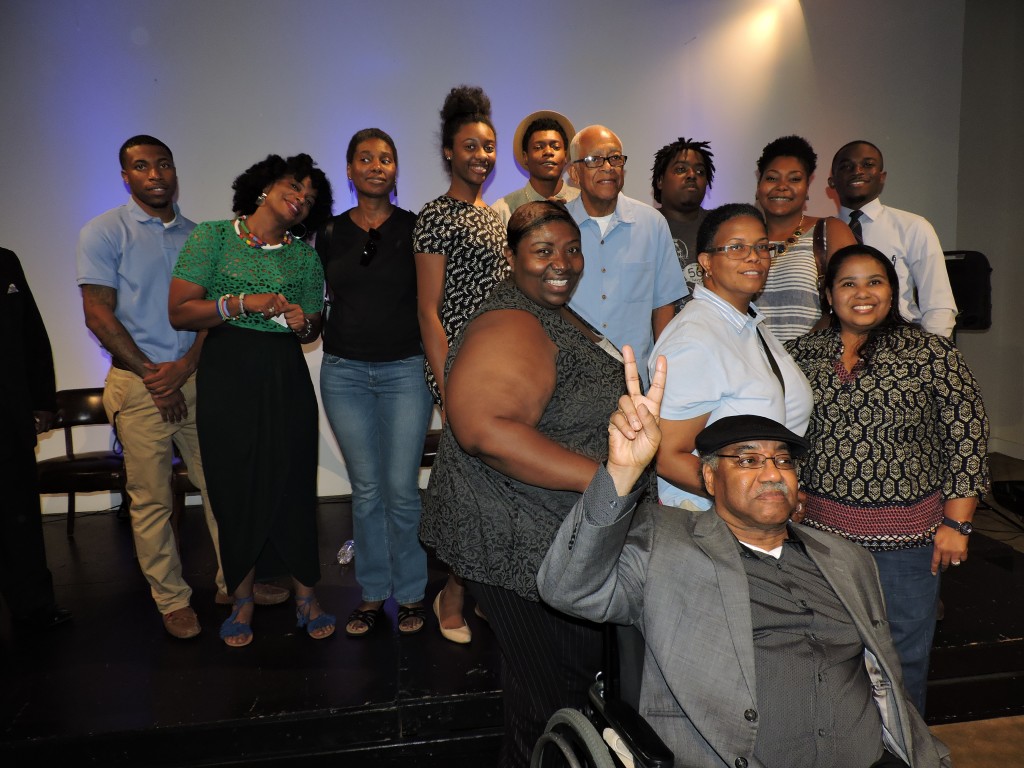 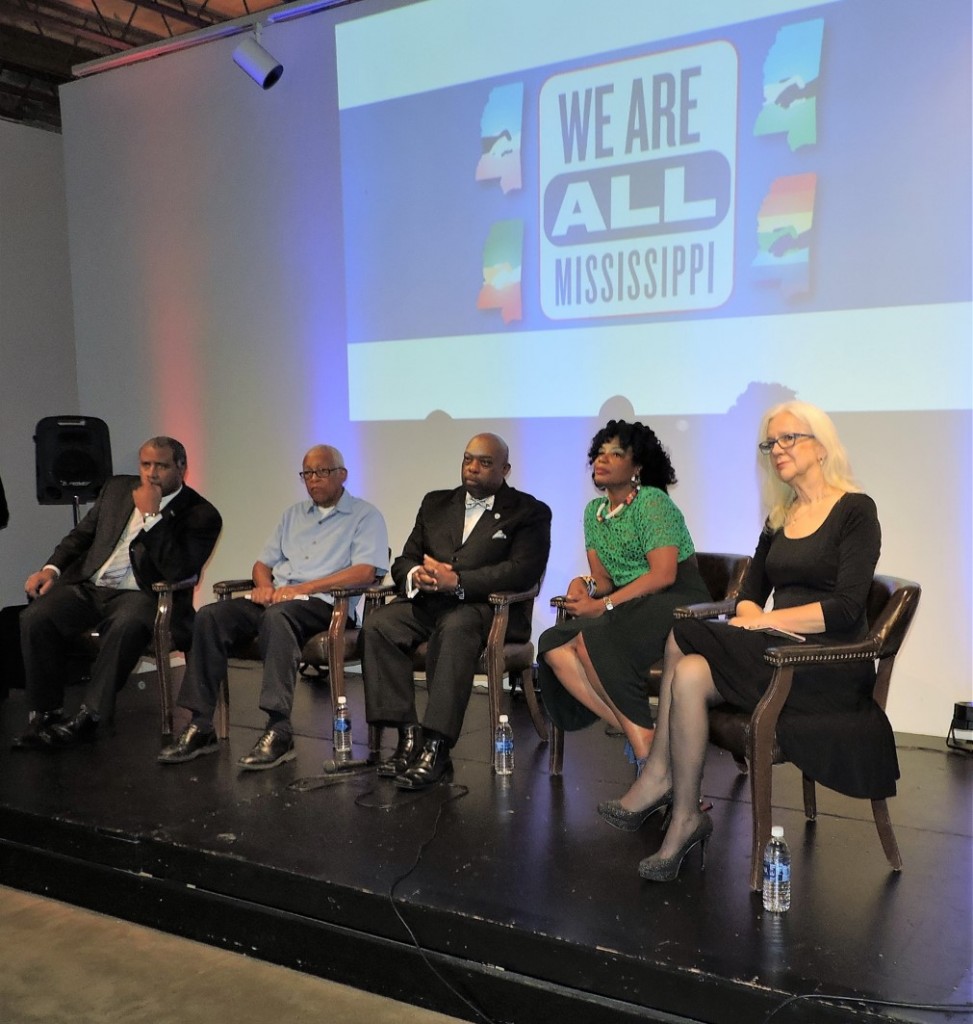 JACKSON, Mississippi (AP) — A federal judge said Tuesday that the Confederate emblem on the Mississippi flag is “anti-American” because it represents those who fought to leave the United States. But U.S. District Judge Carlton […]

By REBECCA SANTANA Associated Press NEW ORLEANS (AP) – A federal appeals court is set to hear arguments on a long-running feud over the Confederate battle emblem on the Mississippi flag. The 5th U.S. Circuit […]