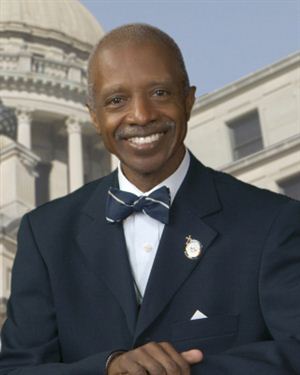 The most challenging year of my life was 2015 when in September I was diagnosed with prostate cancer, which for some can be a quick death sentence.

But because of a team of health care professionals, prayer and the support of my family, friends and neighbors I am able to celebrate another Father’s Day with my loved ones.

I underwent two surgeries and overcame renal failure because of advances made possible by prostate cancer research.

Just a few years ago a diagnosis of prostate cancer was a countdown of how many weeks you had left to live, but because of advances made through research, the survival rate has greatly increased.

During the 2016 regular session of the Mississippi Legislature one of my colleagues shared with me and others that he had been diagnosed with prostate cancer. He requested prayer as he began his treatment. I was able to relate to what he felt because of my prior diagnosis and having undergone surgery in September and October while being treated by my team of health care professionals.

I encouraged my colleague because I had been in his shoes and was blessed to have had access to quality health care, a strong family support system and many people praying for me.

More men are affected by prostate cancer than the general public realizes.

Prostate cancer is the second-most commonly diagnosed cancer among men.

This year alone, it is projected that 180,890 men will be diagnosed with prostate cancer and 26,120 men will die from the disease.

In Mississippi, it is estimated that there will be 1,803 new diagnosis of prostate cancer in 2016 and 905 deaths.

Prostate cancer is the No. 1 cancer diagnosed in our state and the number two cause of cancer deaths in the state, according to ZERO – The End Of Prostate Cancer.

Research has improved the survival rate of men diagnosed with prostate cancer. A key in the battle against prostate cancer is early detection of the disease.

Today, a higher percentage of American men who learn they have prostate cancer will have survived for five years after diagnosis.

We all can play a role in the battle to end prostate cancer for which all men are at risk.

Finding the disease early greatly improves the survival rate. Everyone should encourage the men in their lives over age 40 to be examined by their doctors. Men should be educated about prostate cancer and understand the options for early detection. They should talk to their doctors about their personal risk and plan to be tested as needed.

Next, everyone should encourage Congress to support continued funding for prostate cancer research.

Finally, before my prostate cancer surgery, my granddaughter Kawaii crawled into my bed and said “Paw Paw, come home.”

Because of advances in prostate cancer research, an early diagnosis and a treatment plan devised by a team of dedicated health care providers, I was able to come home to Kawaii and am also able to spend another Father’s Day with my family.