The entire country is still reeling behind the massacre of 49 persons who were attending the Pulse Club in Orlando, Fla. in the early hours of June 12.

The club was filled to capacity with about 300 persons from the LBGT community; most of them were from Latino communities across the U.S. and Puerto Rico.

Another 53 club goers were wounded. Some are still critical and hospitalized. Original reports of 50 killed was inclusive of the murderer, Omar Mateen, who committed the nation’s worst terrorist attack since 9/11 using gunfire.

On June 14, Mississippians gathered for an Interfaith prayer vigil and issued a statement of camaraderie with the LBGT community in Woodworth Chapel on the Tougaloo College campus, 500 W. County Line Road.

The Mississippi Religious Leadership Conference called for the vigil in conjunction with Voices Against Extremism. Member organization representatives spoke to the press, pledging to remember the lives lost during the mass shooting.

James Bowyle, chair of Religious Studies at Millsaps College and member of VAE, said the ceremony was not about a certain group of people supporting the LBGT community but about everyone – Jews, Muslims, Christians, Hindus and others.

VAE is a project led by the Dialogue Institute in cooperation with civic leaders and organizations, religious communities and public and private universities.

Bowyle further stated, “We are here to condemn the violence of the Orlando attack against LBGT persons and against all other persons. No religion should use violence to condemn and attack other people.”

The objective according to the Rev. Loye S. Ashton, director of the International Studies and Global Change at Tougaloo College and a deacon in the United Methodist Church, is to “bear witness that faith refuses to bow to fear and to demonstrate how love overcomes hate.” He said the Orlando murders must also be seen as a hate crime.

Ashton stated in the press release announcing the vigil, “The history of Mississippi has been one where terror and extremism have been used to divide and control its people.

“This prayer vigil is to show our solidarity with the victims and survivors of the Orlando shooting and proclaim that as Mississippians, we deplore and condemn such violence for any reason, but especially when it is done in the name of religious faith.”

The joint statement of affirmation from VAE members was read by Fatih Ozcan, president of the Dialogue Institute of Mississippi: “Voices Against Extremism is saddened and distressed by the massacre at the Pulse nightclub in Orlando, and we extend heartfelt sorrow to all the loved ones of all the victims.

“We deplore and condemn the horrific killing, and we support the civil rights and sacred lives of all persons. We reject the use of violence motivated by religious ideology and call on all organizations to join us.

“On Sunday, the target was the LGBTQ community; in the past other groups have been targeted, such as Jews, Christians, Muslims, Hindus, journalists and others. Regardless of target or perpetrators, we reject violence done in the name of religion and all attempts to divide humanity. We stand with the LGBTQ community, and all other threatened individuals for the equal protection of all human life.”

The vigil included LBGTQ community member Todd Allen, who said, “I stand here as a queer man, as a minister, and I call on our state leadership simply to say out loud the words lesbian, gay, bisexual, queer and transgender. I call on them to end their silence at such a moment as this. The silence of our state leadership is horrible.”

Valencia Robinson, community activist, urged the gathering to not let this be a one time event but to reach out to the LBGT community and accept them into their embrace, into their churches and organizations.

Rabbi Jeremy Simons, director of Rabbinic Services of the Institute of Southern Jewish Life, facilitated the vigil program order, which included hymnals like “Precious Lord,” “We Shall Walk Through the Valley in Peace” and “Let There Be Peace on Earth.”

The program noted “Precious Lord expresses profound grief at the loss of life…; We Shall Walk Through the Valley in Peace is a walk through a horrifying experience and yet through God’s leadership we will walk in peace; and Let There Be Peace On Earth recognizes the individual responsibility beginning with the verse ‘And let it begin with me.’”

Simons emphasized the blessings asked for in the Jewish faith, particularly the one of ‘shalom’ or peace. “The blessing of peace is not simply about the cessation of violence, it is also a peace for life. As long as we know another shooting may, will happen, there is no peace,” he said.

Min. Justin McCreary of the Unitarian Universalist Church in Jackson, said after he heard the news of the slaughter in Orlando, he was compelled to go and visit a gay bar.

“Religious people in Mississippi – some of us – who make our spaces holy grounds must remember that it is not just within our churches that we have to make holy. There is a passage in James that says ‘Faith without good works is dead.’ We have been afraid but we do not stop there. The work comes next. And if you are not going to do God’s work, then do not say the freaking prayer!”

Emad Al-Turk, of the International Museum of Muslim Cultures of Jackson, said, “We pray Almighty God brings comfort and peace to the families of the 49 deceased loved ones. We pray God’s mercy brings healing to the wounded. We pray that we have the courage to come together and say that this must not occur in God’s name.”

Al-Turk noted that within the same week two opposing views of Muslims had emerged – the murderous Omar Mateen and the man of peace Muhammad Ali, appealing that the one of Ali is the true Muslim spirit to embrace. He also called for the passing of common sense gun laws.

And Hindu representative Ramesh Marsalis, of the Hindu Temple Society of Mississippi, said,  “All people must be safe; let us spread the peace.”

Beverly Wade Hogan, president of Tougaloo welcomed the interfaith service, extending the embrace of the college to the LBGT community and those working against such violence, offering her full support.

“I was thinking back years ago where there were turbulent times in the city when we worked to break down barriers of racism. We need that same type of purpose now. We cannot be lackadaisical – we must work together to break down the cynicism that prevents us from being better people. We cannot remain silent,” Hogan said.

Rev. Larry Johnson, chaplain of Tougaloo College, closed the program saying to the LBGT members present, “You are not by yourselves. For me to say any differently would be a contradiction to my calling to the ministry of Jesus Christ.”

To join the effort or for more information visit the website, voicesagainstextremism.org or email, Fatih Ozcan at Jackson@thedialoginstitute.org 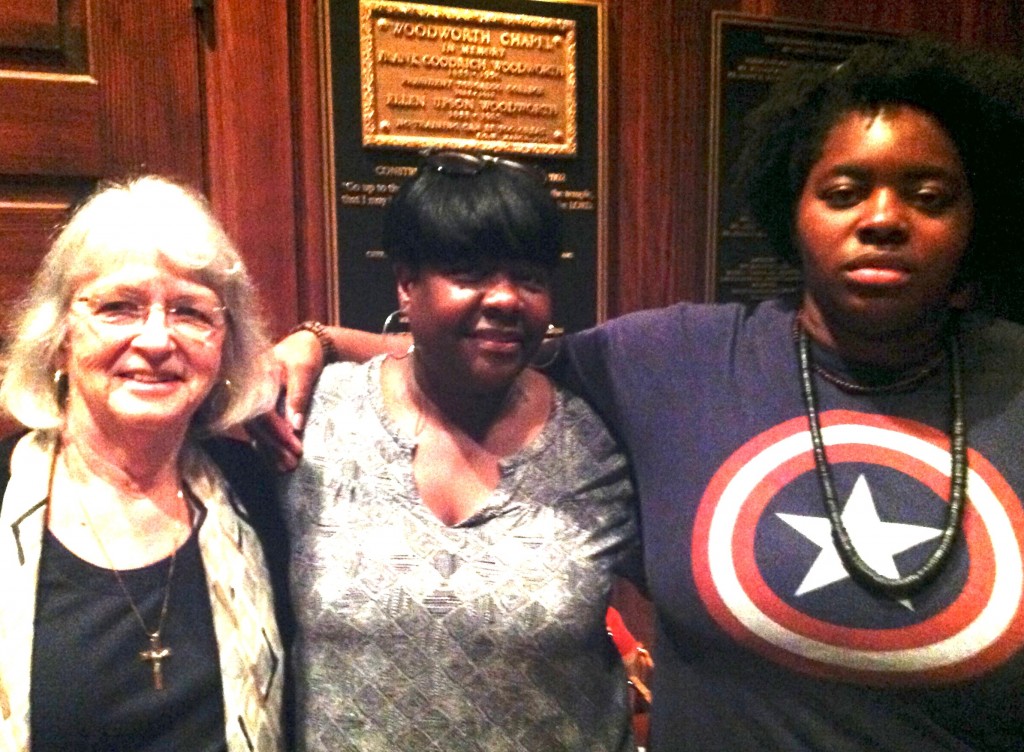 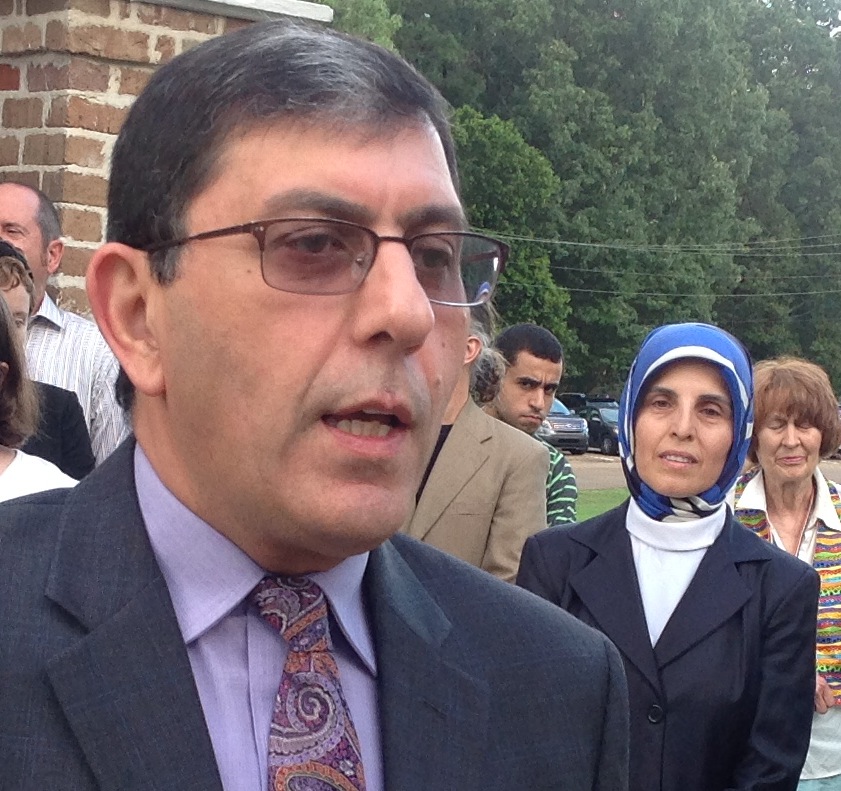 By Shandria Sutton Special to The Mississippi Link This past Tuesday marked one of the most historical presidential elections to take place in American history. With a campaign season full of scandals, controversy and attacking […]

Flint, Michigan mayor is Tougaloo alumna By Diamond Williams  Special to The Mississippi Link Tougaloo College students will soon wrap up the water drive which started Jan. 25, to help alleviate the crisis in Flint, Mich. […]