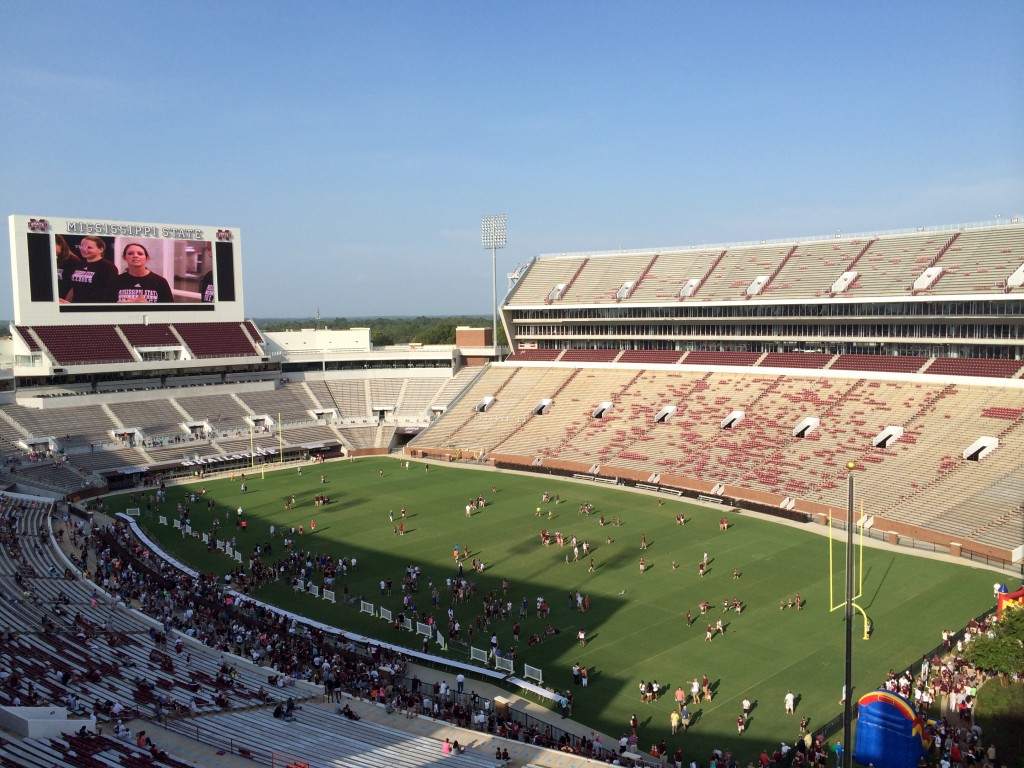 JACKSON, Miss. (AP) – Mississippi State University officials are warning people not to trespass in the school’s football stadium after a 21-year-old student fell through the roof of a video scoreboard and died.

Salter says MSU will decide later whether to discipline or charge Andrew Scott Demboski’s companions. He says administrators want to respect the grief of the Ocean Springs student’s family and friends.

Salter says MSU officials have found no reports of people climbing to the structure’s top in 2015 or 2016. A 2013 post on an MSU fan Internet board described how to reach its roof.

Emergency personnel struggled to reach Demboski, extracting him after making a hole in the scoreboard’s side.

JACKSON, Mississippi (AP)  — Mississippi State left guard Gabe Jackson was named the winner of the Conerly Trophy on Tuesday night, becoming the first offensive lineman to earn the honor in its 18-year history. The […]

STARKVILLE – (AP) Jalen Steele is often the forgotten man in Mississippi State’s offense. And that’s exactly when the sharp-shooting sophomore is most dangerous. The Bulldogs host LSU Wednesday and if the Tigers don’t know […]