As part of Islamic Heritage Month Celebration, The International Museum of Muslim Cultures presented Islam 101 Presentation and Dialogue at the Arts Center of Mississippi on April 14. Panelists included Imam Shaheed, Khalid Hudson and Lamees El-Sadek. The session, designed to enlighten the public about Islamic practices and to dispel misconceptions, was moderated by Emad Al-Turk, president of International Museum of Muslim Cultures.

Panelists defined Islam as peace through submission to Allah (God). They concurred that the only way to get true peace is to submit to God. True Muslims, they interacted, do not disturb the peace.

Shaheed identified five pillars of Islam. Sharhadah, a declaration of faith, indicates that God is known as Allah. Salat means prayer. Shaheed explained that Muslims pray at least five times daily in a clean atmosphere without distractions. Zakat is referred to almsgiving. Every believer is expected to pay 25 percent of earnings and smiles. Saum, called fasting, is 30 days of abstaining from usual daily pleasures. Finally, Hajj (pilgrimage) emphasizes the Muslims’ pilgrimage to Saudi Arabia and Mecca at least once in a lifetime.

Though Muslims do not believe that Jesus is the way, the truth, and the life, Hudson asserted that they do believe in life after death. Seizing the moment, however, for youth, health, richness, etc. is imperative. Hudson summed up her ideas by stating, “Muslims’ belief is more than a culture. It confirms Muslims’ understanding of fairness.”

Lamees El-Sadek added to Hudson’s regard for fairness. “We will be held accountable for gender discrimination. Treat your women well and be kind to them,” he said.

Outer appearance was then addressed. “I wear hajib (head piece) to symbolize the values that I hold. Most women who wear it are doing a great service to all. We directly confront that the head piece is oppressive,” said El-Sadek.

When speaking of western civilization, El-Sadek looked to the workplace. “Dress code, despite how brilliant a woman is, makes her feel pressured to please the male populace. When I’m talking to a male, I’m respected for what comes out of my mouth. I hope we become more open minded,” she said.

The session ended with questions from the floor and responses from the panelists.

Other events for Islamic Heritage Month at the Arts Center, 201 East Pascagoula St. in Jackson, will take place from 5:30-7 p.m. and they include Interfaith Presentation and Dialogue, April 21; Other Muslim Countries’ Culture/Islam in America April 22; and Quran in Action Presentation and Dialogue, April 28. The month’s activities will climax with an all-day Islamic Heritage Festival at Mississippi Museum of Art/Art Garden from 10:30-3 p.m.

All events are free and open to the public. 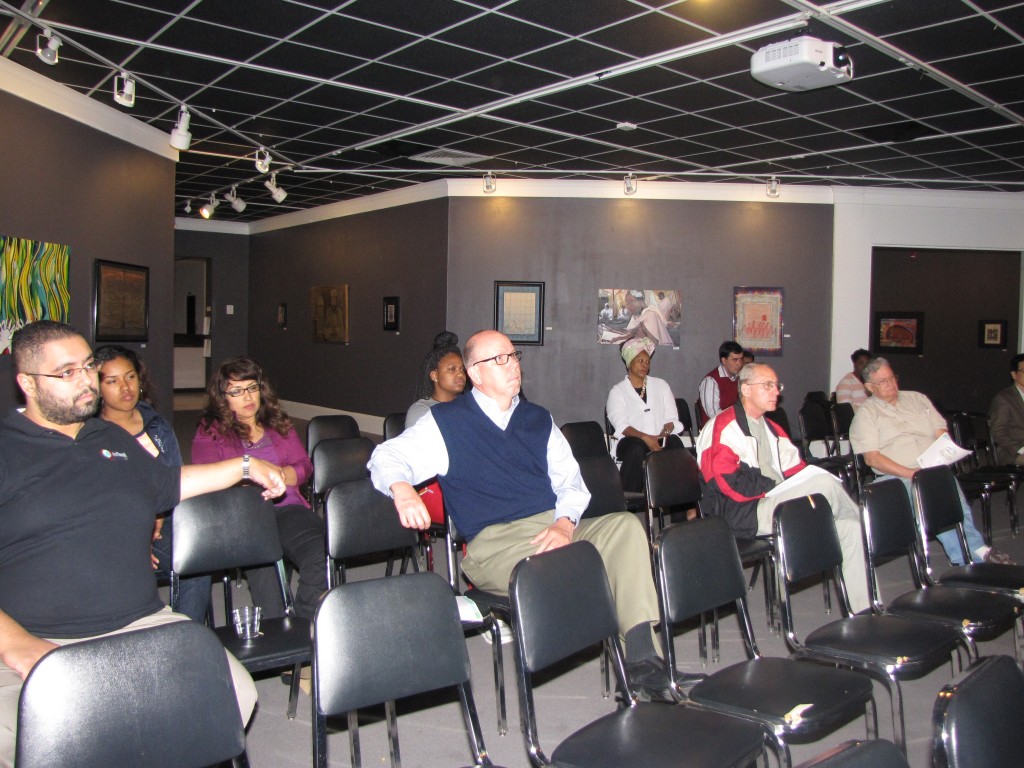