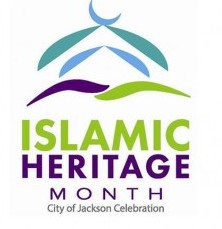 Throughout April, the International Museum of Muslim Cultures will host its first Islamic Heritage month-long celebration. On March 22, Mayor Tony Yarber issued a proclamation designating the month annually as the Islamic Heritage Month. “The city is enriched by these relationships and enhanced by their histories, lives, cultural experiences and contributions,” said Mayor Yarber.

A series of events will be hosted, including educational programs featuring Muslims’ diversity, history and contributions to America and the world drawing from the cultures of Arab Americans, East Asian culture, African and African American cultures and others. The month will culminate with an all-day citywide Islamic Heritage Festival drawing from Muslim communities throughout the state of Mississippi with ethnic foods, clothing, music, arts and crafts and performances via media, films and music.

All events are free to the public and will take place at the Arts Center of Mississippi, 201 E. Pascagoula St., in Jackson. This month will be a great opportunity for public school students to learn more about America’s rich Islamic history and contributions. It will include education on Islamic principles and practices and an interfaith dialogue.

For more information on events visit  www.muslimmuseum.org or contact Emad Al-Turk with questions at (601) 954-6217 or ealturk@bellsouth.net.