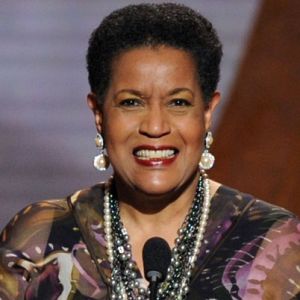 The 15th Amendment is clear.
Since the late 1800s, African Americans have been fighting for the right to vote—and today, we are still fighting for that sacred right. In the 1950s and 60s we fought to give our children a quality education while a majority of black children were limited to poor segregated schools, and we fought to end the scourge of racism that gripped our country.
Fifty three years ago, my husband, Medgar Evers, was assassinated in our driveway, after returning home from a mass meeting encouraging voter registration.
Medgar always knew that progress depended on protecting our access to the ballot box. The vote, he always believed, was the best way to achieve justice and equality. Medgar once said “In the racial picture, things will never be as they once were. History has reached a turning point here and over the world.” This statement was true then and is even truer today.
After decades of slow but steady progress, the rights that my husband and many others fought and died for are threatened like never before. In 2011, the state of Mississippi held a referendum, passing a restrictive voter ID law that should have required federal approval under the Voting Rights Act. Yet, in 2013, the conservative justices of the Supreme Court eliminated those protections, and the law went into effect just two years later.
Today, can we rely on the judicial branch of government to protect our right to vote? I’m not certain the answer is yes, and that is why I believe it’s important that we have a leader in the White House who will be a champion for social justice and economic equality.
Hillary Clinton understands that we must make it easier, not harder, to vote. Her plan to restore the provisions of the Voting Rights Act that would prevent voter ID laws is progress. Her plan to implement automatic universal voter registration is progress. Her plan to create a nationwide standard of 20 days of early voting before elections, which will allow every American to exercise the right that so many fought for, is progress.
My home state of Mississippi has the second highest gun murder rate in the nation—nearly double the national average. Hillary Clinton has a plan to address gun violence with solutions that can actually be achieved. Gun violence is plaguing this country and robs us of 33,000 people every year. It is no coincidence that Mississippi has some of the country’s most lenient firearms laws. Hillary Clinton is the candidate that stands up to the NRA.
Hillary Clinton is standing up for our children and has a bold vision that protects them; eliminates the school-to-prison pipeline; improves our education system; and enhances the opportunities for women. Our economic and criminal justice systems remain stacked against the most vulnerable people in our society, and young men of color are the unfortunate recipients of these injustices. Our youth are our future and must be protected. In the Senate, Hillary Clinton sponsored legislation to ban racial profiling, prosecute hate crimes, and eliminate race-based disparities in our health care system. She is making progress.
America needs a leader that will stand with communities of color to fight the injustices that still inundate our communities. Secretary Clinton is committed to fighting these battles. She has done it all her life, from her days at the Children’s Defense Fund fighting for our children to helping those in need in Alabama. Secretary Clinton is a compassionate woman, and has been there during my time of tragedy and celebration.
She and her family shared in the 50th anniversary commemoration of my husband’s life and legacy.
Secretary Clinton will be there for you, and for all of us.
My husband and I have dedicated our lives to ensuring that men, women and children of color are treated with respect and dignity. Our quest did not end with his death in 1963. Today, I fight and stand for justice and equality for all Americans. Today, I stand for progress—and I stand for Hillary Clinton.