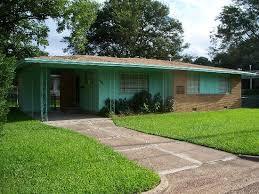 Federal officials are considering whether to include civil right leader Medgar Evers’ Jackson home on the register of national historic places. (Mississippi Department of Archives/History)

Members of Mississippi’s congressional delegation introduced bills last year to make the home a National Park Service site, which could provide a steady source of federal money and tax credits for maintenance. Republican Sens. Thad Cochran and Roger Wicker say the agency is now studying the site as it considers landmark status.

As the first Mississippi field secretary for the NAACP, Evers led voter registration drives and challenged Mississippi’s staunchly segregated society. He stayed out late on June 11, 1963, to attend a community meeting, and his wife, Myrlie, and their three young children were still awake when he pulled into the driveway after midnight on June 12. There, he was killed by a sniper who fired from across the street.

“As time passes, the preservation of civil rights movement landmarks like the Medgar and Myrlie Evers home becomes more important,” Cochran said in a statement Friday. “Historic landmark status for this site would be one of the appropriate ways to honor the Evers family’s sacrifice in the struggle for civil rights.”

The mint-green, ranch-style structure has been on the National Register of Historic Places since 2000. It is operated as a museum by Tougaloo College, and relies on state grants and private donations for maintenance funds. The private college in Jackson supports the effort to seek national historic landmark status for the home, which is open by appointment only.

“Protecting this special place for future generations of Mississippians is a fitting way to honor his many contributions to freedom and equality,” Wicker said. “Medgar Evers left a legacy deserving of this national attention and remembrance.”

Byron De La Beckwith, a white segregationist, was tried twice on murder charges in 1964, but all-white juries deadlocked without either convicting or acquitting him. After a renewed investigation, Beckwith was tried and found guilty of murder in 1994. He died in prison in 2001.