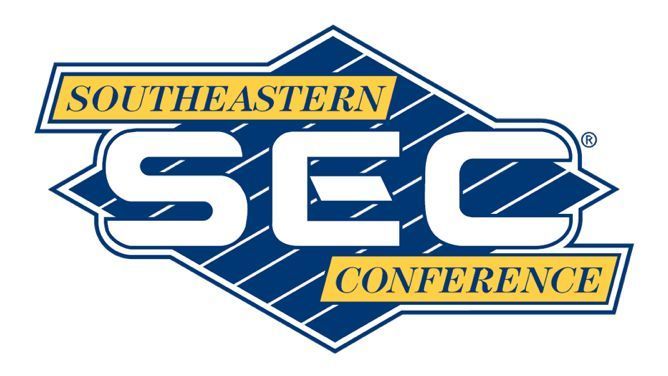 Best in class: Ben Davis of Gordo, Alabama. The 10th-rated player nationally and top inside linebacker, according to the 247Sports Composite rankings.

One that got away: OL Landon Dickerson (to Florida State).

How they’ll fit in: Davis, whose father Wayne is Alabama’s all-time leading tackler, and Wilson could help fill the void left by All-America middle linebacker Reggie Ragland. There’s room for instant contributions elsewhere, too, including at safety and on the defensive line.

One that got away: Running back Kyle Porter, who chose Texas.

How they’ll fit in: Agim was an early enrollee with the Razorbacks, and he hopes to play as a freshman. However, Whaley carries with him more than hope and is expected by himself and Arkansas’ coaches to take the field in place of Collins and Williams in 2016.

One that got away: Auburn recruited LB Ben Davis, who is heading to Alabama.

How they’ll fit in: The Tigers will have a defensive line rotation featuring five five-star recruits. JUCO quarterback John Franklin III, an early enrollee listed as an athlete, will likely compete with Jeremy Johnson and Sean White for the starting spot during the spring, and multiple receivers need to make impacts.

Best of the rest: Feleipe Franks, QB, Crawfordville. Franks might just be the pocket-passer McElwain is looking for. The 6-foot-6 Franks threw for 2,766 yards with 35 touchdowns as a senior at Wakulla High last year.

One that got away: Shavar Manuel, DT, Bradenton. Manuel de-committed Wednesday and later signed with rival Florida State, leaving the Gators with just three defensive lineman and no defensive tackles in the signing class.

How they’ll fit in: Florida can only hope the offensive additions boost a unit that ranked 100th in the nation in scoring last season. Franks and Trask are expected to battle incumbent starter Treon Harris, Oregon State transfer Luke Del Rio and Purdue graduate transfer Austin Appleby for playing time right away.

Late addition: Hardman was a huge coup for the Bulldogs, giving them one of the nation’s top-25 prospects to go along with early enrollees Eason and Nauta. Hardman, who has been compared to Southern Cal cornerback Adoree Jackson, picked his home-state school over SEC rivals Tennessee and Alabama.

One that got away: DT Derrick Brown, the state’s top prospect, went with Auburn over Georgia and several other SEC schools. While Smart was pleased with the players he got on the defensive line, Brown would’ve made Georgia’s class truly special.

How they’ll fit in: Eason will compete for the starting quarterback job right away. The Bulldogs struggled mightily on offense last season, largely because of their struggles at the most visible position on the field. Incumbent starter Grayson Lambert returns, but it will be an upset if he keeps the job over Eason. Hardman will be expected to start at cornerback and likely handle kick return duties. Depending on how quickly he adapts to the college game, he could work his way into the mix at receiver, as well.

Best of the rest: Jordan Griffin, DB, Jonesboro, Georgia. Considering the Wildcats’ secondary started three freshmen last season, the 6-foot, 175-pound, four-star prospect could quickly become part of the mix as well. He’s among a trio of defensive backs Kentucky signed. “I think those guys will have an opportunity to compete for playing time and I look forward to working with them,” defensive coordinator D.J. Eliot said.

Late addition: LB Jordan Bonner. The JUCO transfer committed in December but made it official this week. He’ll have three years of eligibility remaining.

One that got away: Kentucky had pursued DT Kobe Smith before the Lawrence, Georgia, native chose South Carolina.

How they’ll fit in: Though it takes time for linemen to develop, Kentucky’s offensive line issues last season create a chance for Young and 6-6, 310-pound Tate Leavitt to become part of the rotation.

One that got away: Erick Fowler, LB, Manor, Texas.

How they’ll fit in: The secondary has been an area of strength for LSU in recent seasons. With three starters returning, players like Smith and Fulton will be able to contribute immediately in the nickel and dime packages. “We have some lockdown corners who are going to be able to be impact players right away,” Miles said. “They will give us a lot of flexibility when we move people around in the secondary.”

Best in class: Shea Patterson, QB, Shreveport, Louisiana. Freeze said his opinion of Patterson continues to grow now that he’s on campus: “I love everything about that kid.”

Best of the rest: Greg Little, OL, Allen, Texas. The 326-pound Little could be an immediate replacement for Tunsil at left tackle.

Late addition: A.J. Brown, WR, Starkville, Mississippi. Ole Miss managed to coax Brown away from Starkville, which is the hometown of rival Mississippi State. The Rebels hope Brown can turn into the team’s new Treadwell, who had the most receiving yards in the SEC last season.

One that got away: Jeffery Simmons, DL, Macon, Mississippi. Ole Miss had hoped to bolster its defensive line with one of the Magnolia State’s top prospects, but Simmons chose Mississippi State over the Rebels and Alabama.

How they’ll fit in: Patterson will probably get a year of seasoning behind rising senior Chad Kelly, who threw for more than 4,000 yards last season. Others like Little, Brown and Jones could play right away.

Best of the rest: Kobe Jones, DL, Starkville, Mississippi. Said Mullen: “We are looking for work ethic and high-character young men and he fits that for us.”

One that got away: A.J. Brown, WR, Starkville, Mississippi. The Bulldogs couldn’t grab an elite prospect at a high school just a few miles from their campus. Instead, he went to rival Ole Miss.

How they’ll fit in: Simmons and Jones are two guys who could contribute immediately, but Mullen has a reputation of bringing young players along slowly.

One that got away: None.

How they’ll fit in: Odom was under the gun to produce after replacing Gary Pinkel in early December. It’s not a wow class but it should help the school regain its footing in the SEC.

Best in class: Brandon McIlwain, QB, Newton, Pennsylvania. He turned down first-round MLB money to go to college and is already scrimmaging with the Gamecocks baseball team.

Late addition: WR Kiel Pollard of Moultrie, Georgia, was pledged to Arkansas before turning to the Gamecocks last week.

One that got away: DT Karamo Dioubate of Philadelphia. Was considered a strong lean to South Carolina. No word yet on where he signed.

How they’ll fit in: McIlwain should get a chance to show if he can start. Edwards and Pollard will see early playing with receiver Pharoh Cooper off to the NFL. King is expected to bulk up the secondary.

Best in class: Nigel Warrior is rated as a five-star prospect by Scout, which had him as the nation’s No. 20 overall recruit. 247Sports and ESPN also had him in their top 100. He’s the son of former Tennessee and NFL defensive back Dale Carter. Jonathan Kongbo, who redshirted one year at Wyoming before transferring to Arizona Western College, is rated as the nation’s No. 1 overall junior-college prospect by 247Sports. Kongbo has three years of eligibility remaining.

Best of the rest: Tyler Byrd is rated as a top-100 recruit by most recruiting services. Jarrett Guarantano of Lodi, New Jersey, is rated among the nation’s top five dual-threat quarterbacks in his class.

How they’ll fit in: Kongbo could contribute as a pass-rushing complement to Derek Barnett, who has recorded 10 sacks each of the last two seasons. Tennessee replaces its two starting safeties from last season, so Warrior will have a chance to contribute right away. Byrd also has a chance to play immediately, whether it’s on special teams or defense. Tennessee didn’t get huge production from its wideouts last season, so junior-college receiver Jeff George could get an early look.

One that got away: Brandon Jones, S, Nacogdoches, Texas, who chose Texas.

How they’ll fit in: Coach Kevin Sumlin has long said that he doesn’t recruit players to sit on the sidelines, so expect to see many of these players fill big roles this season like freshmen WR Christian Kirk and DL Daylon Mack did in 2015.

Best in class: JoeJuan Williams, a 6-foot-3 cornerback from Nashville, Tennessee, is a consensus four-star recruit. Williams was rated as the No. 2 prospect in the state of Tennessee according to composite rankings of recruiting websites by 247Sports. Williams already has enrolled at Vanderbilt.

Best of the rest: Quarterback Deuce Wallace, a consensus three-star recruit, passed for 3,505 yards and 37 touchdowns last season while leading Sevier County to the Tennessee Class 5A state championship game. Wallace, who had been committed to Northwestern at one point, has already enrolled at Vanderbilt. Sean Auwae, a 6-4, 295-pound offensive lineman, is rated as a four-star prospect by 247Sports,. Auwae didn’t allow a sack or a tackle for loss his senior year at Kapolei (Hawaii) High School.

Late addition: Josiah Sa’o, a defensive tackle from San Diego, announced Wednesday he was signing with Vanderbilt. The addition of Sa’o helped the Commodores absorb the loss of defensive tackle Brandon Adams, who flipped his verbal commitment from Vanderbilt to Georgia Tech in late January.

One that got away: Bradlee Anae, a defensive end from Hawaii, selected Utah over Vanderbilt. Anae was rated as a three-star prospect by Rivals and Scout.

How they’ll fit in: Wallace adds immediate depth to a quarterback position following the transfer of Jonathan McCrary, who lost his starting job to Kyle Shurmur last season. Williams has the talent to make an immediate contribution, and his status as an early enrollee should only help in that regard. Mason is a former Stanford defensive coordinator, and this staff showed its West Coast ties by landing kicker/punter Sam Loy and Sa’o from California as well as Auwae from Hawaii.

(AP)  Mississippi State spent more than a month as the No. 1 team in the nation on the way to a 10-win season last year. The program is also returning one of the nation’s top […]

MSU coach Dan Mullen: Orange Bowl ‘unbelievable destination for us to go to’

December 8, 2014 Online Editor Sports Comments Off on MSU coach Dan Mullen: Orange Bowl ‘unbelievable destination for us to go to’

MIAMI LAKES, Fla. (AP) — Mississippi State’s body of work somehow looked considerably better to the College Football Playoff selection committee this week, without the Bulldogs even playing. As such, they’re headed to the Orange […]