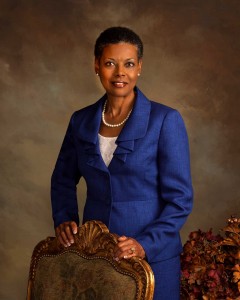 Let’s talk facts about the Jackson Municipal Airport Authority. First, Jackson’s airport system originated in 1928. JMAA was created in 1960 to hire a professional aviation staff and provide guidance and oversight for the Jackson-Medgar Wiley Evers International Airport and Hawkins Field Airport.  Both airports are located within the city of Jackson.

Third, the Board of Commissioners is charged with hiring the chief executive officer of JMAA who is then responsible for the day-to-day operations of the airports. Upon being presented with the challenge of selecting a new CEO, the JMAA board hired Carl Newman, an eminently qualified CEO who is currently first vice-chair of the American Association of Airport Executives, the pre-eminent organization in the aviation industry.

Fourth, although Mr. Newman has been on the job for only one year as of Jan. 2, 2016, the Central Mississippi area has already begun to see the results of this board’s excellent choice to lead Jackson’s airports for many years to come. Among many other accomplishments over this past year, Mr. Newman’s leadership has led to the following:

• JMAA is financially sound and well-managed as evidenced by the historic decision to refinance most of its long-term debt with Trustmark National Bank, creating almost $4 Million in debt savings.

• In December 2015, the JMAA Board voted to enter into an Option to Lease up to 130 acres for an exciting opportunity for the Airport Authority, the city of Flowood and Rankin County on a par with the Renaissance Highland Colony Parkway Development.

• In collaboration with Entergy Mississippi, JMAA has qualified 211 acres of the East Metro Corridor as an “Entergy Mississippi Economic Development Qualified Site.” This means that those 211 acres constitute a development-ready industrial site that has undergone a rigorous review process including zoning, infrastructure, property ownership, environmental studies, utilities and transportation assessments. In short it is shovel ready.

• JMAA paid its final $1M contribution to the East Metro Corridor Project, which will lead to tremendous development of the cities of Jackson, Flowood and Rankin County.

• Mr. Newman has hired additional staff members who have highly-regarded aviation certifications. He has also promoted and hired highly qualified individuals from within the organization and the local community. JMAA has initiated projects to create a strategic plan and review concessions.

• The board authorized CEO Newman to hire a manager just for Hawkins Field to maximize the efficient, effective, and profitable operation of that airport.

The JMAA Board of Commissioners appreciates the trust placed in us, and we will continue to make sure that the Jackson-Medgar Wiley Evers International Airport and the Hawkins Field Airport are run by top-notch aviation experts.

I am prayerful that all of the citizens of this great state become fully informed about the implications and consequences that the proposed legislation to takeover Jackson’s airport system would have not only for Jackson, but also on airports everywhere in this state. Jackson’s airports are under attack today, but it could be other airports in the state tomorrow.

You must ask yourself this one question: “Why would there be a call for such drastic actions when JMAA is an efficiently managed organization, making a profit, and poised to do even greater things for the central region of the state?”

JMAA is on the right path. There is no reason to attempt an illegal, eminent domain take-over.

The Mississippi Link Newswire Carl D. Newman, Jackson Municipal Airport Authority chief executive officer, delivered his State of the Airport address to a crowd of business and community leaders and staff of JMAA at 10:30 […]

The Mississippi Link Newswire Jackson Municipal Airport Authority (JMAA) is pleased to announce the elections of their new Board of Commissioners Chairman and Vice-Chairman. Ms. Evelyn O. Reed, B.B.A., M.B.A. was elected Chairman and Rosie […]