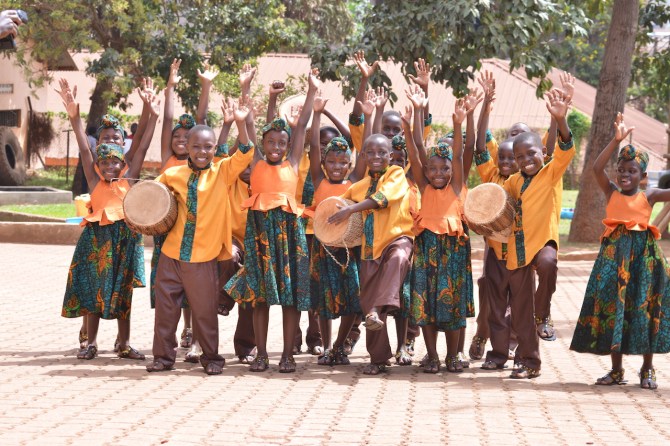 The renowned African Children’s Choir will continue its tour in Mississippi with a concert at 7 p.m. Sunday at New Jerusalem Church, 5708 Old Canton Road in Jackson.

The choir consists of 18 children ages 7-11 from Uganda and other parts of Africa. They will give an 80-minute performance that will include traditional African songs and dances as well as English contemporary worship songs.

The concert is free and open to all, but donations will be accepted. The free-will offering is taken at the performance to support African Children’s Choir programs, such as education, care and relief and development programs.

To avoid lodging expenses, the choir members and staff stay with host families in the cities where they perform.

This is the 44th African Children’s Choir. The first one was created 31 years ago by Ray Barnett who had gone on a humanitarian trip to war-torn Uganda. Barnett became acquainted with a small boy who sang despite the tragedy of his surroundings.

The choir varies in numbers yearly. Children must be chosen through an audition process.

“Ultimately, the child selected is going to help raise their family out of poverty,” Moen said.

Being a part of the choir somewhat secures a child’s future, according to Moen. The children would possibly not have a chance to get an education otherwise.

Moen noted that in Uganda, primary school is not free. There is a cost for everything from uniforms, pencils, paper, and all other supplies. By being in the choir, the children’s expenses for primary school, high school, and even at an university are paid. Furthermore, Music for Life, the parent organization for the choir, works in seven African countries such as, Uganda, Kenya, Rwanda, Sudan, Nigeria, Ghana and South Africa.

MFL has educated more than 52,000 children and impacted the lives of more than 100,000 people through its relief and development programs such as teacher training and HIV awareness courses during its history. MFL also feeds children, offers Bible lessons and mentoring. Through its work in Africa, children who may have gone days without food rely on getting a meal from MUL.

The African Children’s Choir has performed before presidents, heads of state and most recently the Queen of England, Queen Elizabeth II, for her diamond jubilee. The choir has also sung with artists such as Paul McCartney, Annie Lennox, Keith Urban, Mariah Carey, Michael W. Smith, and other inspirational performers.

During a performance “the kids give 110 percent,” Moen said. “They get out there and have fun. You can feel the joy radiating from them. It’s really a unique concert.”