MCCOMB, Mississippi (AP) — A 64-year-old woman and her 33-year-old son were shot and killed in their home, McComb police said. 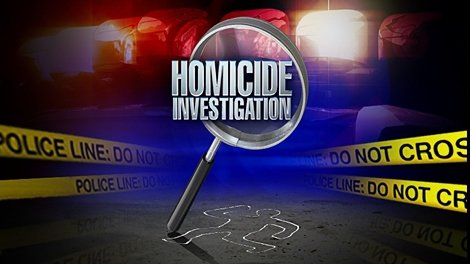 Police Chief Scott McKenzie says he had to wait for state crime scene investigators to say whether the deaths of Barbara Butler Conerly and Shawn Martin Butler on Friday were a murder-suicide or double homicide. However, the investigators did not find a gun under either body, indicating an outside shooter.

“We didn’t want to speculate. The way the bodies were positioned, it was possible that a handgun was underneath one of them,” he said.

State Rep. David Myers, who lives less than two blocks away, said he knew both victims.

“I see him walking in the community and his mom. I see them all the time. We’re devastated that something like this could actually happen to somebody, who as far as we know, had no issue with anybody,” Myers told the Enterprise-Journal.

“This just seems to be a completely random act of violence, one that for investigators is very difficult to work on,” he said.

There appeared to be evidence of forced entry at the rear door, but it might not be related to this case, the police chief told WLBT-TV. Sullivan told the Enterprise-Journal that he didn’t notice any signs of forced entry at his first look.

There also weren’t any signs of a fight or struggle, he said.

The killings were the first of the year for McComb and Pike County.

Quardarius Tate, a nephew of Conerly’s and a frequent house guest, found the bodies and called police about 9:50 a.m. Friday, Sullivan said.

He said Conerly’s body was in a bedroom and his mother’s was between the kitchen and the living room.

MCCOMB, Miss. (AP) – A McComb man has been arrested on a homicide charge for a weekend accident that left a toddler dead and her mother injured. Lt. Mike Roberts says 28-year-old Johnathan McCaskill’s pickup […]

MCCOMB, Miss. (AP) – Police say a driver had fled from officers and crashed into a law office in Mississippi. McComb police Capt. Steve Powell tells The Enterprise-Journal of McComb that the chase began early […]

MCCOMB, Mississippi (AP) — McComb police say a man accused of robbing a convenience store told investigators that people he knew had robbed him of the stolen cigarettes and cash. Detective Shannon Sullivan says an […]