Hinds County Sheriff Victor Mason, surrounded by friends and family, is sworn in to office by Judge Tomie Green. Photos by Jay Johnson

Hinds County’s newly elected officials have been sworn in and started their new jobs.

Courtroom No. 1 at the Hinds County Courthouse was packed Dec. 30, 2015, for the swearing-in ceremony presided by Judge Tomie T. Green.

“The campaign is over. The job begins,” Green said. “What’s the challenge of public service? It’s to be strong but not rude. Be kind but not weak. To be bold but not bullying. To be thoughtful but not lazy. To be humble but not timid. To be proud but not arrogant. That is my charge as a senior circuit judge.”

Typically newly elected officials are sworn in last during the ceremony, but there was an exception this time. Wallace was the first official sworn in during the ceremony because former Hinds County Circuit Clerk Barbara Dunn had to leave early. Dunn, who was first elected into the position in 1984, gave Wallace the oath of office.

“First of all I would like to thank God for allowing me the opportunity to be here today. Thank you all for supporting me. I’m asking all of you to pray for me as I hold this office. I have a lot of respect for this office, so if I’m doing anything wrong … come to me,” Wallace said.

Chancery Judge Patricia Wise gave the oath to the board of supervisors Robert Graham, District 1; and Peggy Hobson Calhoun, District 3.

Judge Winston Kidd, who was also responsible for recognizing guests during the ceremony, gave the oath of office to the Justice Court Judge Frank Sutton, District 3.

“He’s a businessman who believes in collaboration and hard work. He’s a Christian man, a father and a husband,” Green said about the newest board of supervisor member.

After taking the oath, Morgan said, “Judge Green asked me if I’d like to say a few words, and I wouldn’t be a very good politician if I said no. I’m honored and I’m also excited. We have some deep experience coming back on the board, and I’m looking forward to working with the incumbent supervisors. We have some diverse backgrounds coming in with the new supervisors.”

Judge Larita Cooper-Stokes swore in who she called, Bobby “Bobcat” McGowan. Stokes said, “Mr. Bobby McGowan is not a stranger to many people especially around Hinds County. He has been a longtime employee of the Hinds County Public Works Department. He is man of God, a family man, beautiful wife and beautiful family. And loads of friends as you see.” Standing with McGowan were at least 30 plus family and friends; laughter could be heard through the audience as they all tried to fit on the stage.

“During the campaign he was well capable of handling whatever he was confronted with because we did a lot of two-a-days together,” said Sutton, referring to the pair playing football together in past years. “Matter of fact I helped bring him into Jackson State when he came here. I was an offensive lineman, and I trained all the offensive linemen. My work did not go in vain.”

Seals asked the Rev. Joe May, senior pastor of Anderson United Methodist Church, to share a few words after his swearing-in. May offered three simple rules to govern our lives by – No. 1, do no harm; No. 2 – do all the good you can; No. 3 – Love God.

Seals thanked his supporters, particularly his wife and family. “The road ahead may seem rough but, trust me, I’m committed and I will be moving forward, and I will do the job I’ve been sworn to do,” he said.

Before swearing in Mason as sheriff, Green shared a little of her personal history of knowing him.

“I came to the bench 18 years ago. The next person I swear in came to my car door and was, I guess, among the first baliffs I ever had. Nobody asked him to do it. He just walked up to me and said Judge Green, I want to talk to you cause one day I want to be sheriff.”

Green then recited parts of a poem called “It Couldn’t Be Done” by Edgar Albert Guest before calling Mason up to take the oath. The poem seemed benefitting for the occasion as it describes a task to be done that others thought couldn’t be accomplished.

“First of all this is the day the Lord has made. I’m very humbled and very thankful that we are here today. There are just a few people I would love to thank. First of all my wife and family. She got out and canvassed just like the boys and they all were very supportive. Thank you so much,” Mason said after taking the oath. “I’d like to especially point out some very close people to me, my pastor Supt. Marcus L. Butler of the Amazing Institutional Church of God in Christ for his prayers.”

Mason also recognized Colonel Ed Sweeney and the man who gave him his first start in law enforcement, Police Chief Jim Black. “He’s probably the best chief I ever worked for,” Mason said.

“I’d also like to thank … Sheriff Malcolm McMillin for giving me a second chance. You know the book says time heals all wounds, so with all that being said I’m asking you for your prayers. We’ve got a long row to hoe.

“I’m not gonna promise you we are gonna straighten this problem out tonight. You got better sense than that, but I do ask you for your prayers, for your support and just believe in me. Now I know that everybody didn’t vote for me. I know that … but at the same time I will say this. Give me a chance. That’s all I ask you. No excuses. Thank you so much.” 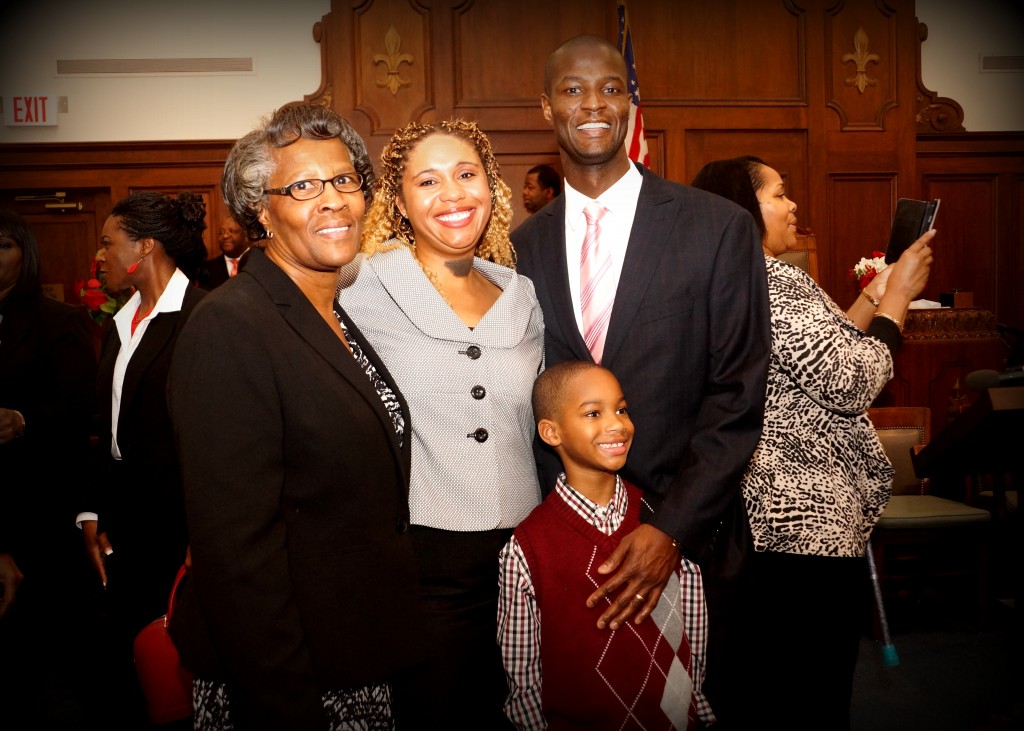 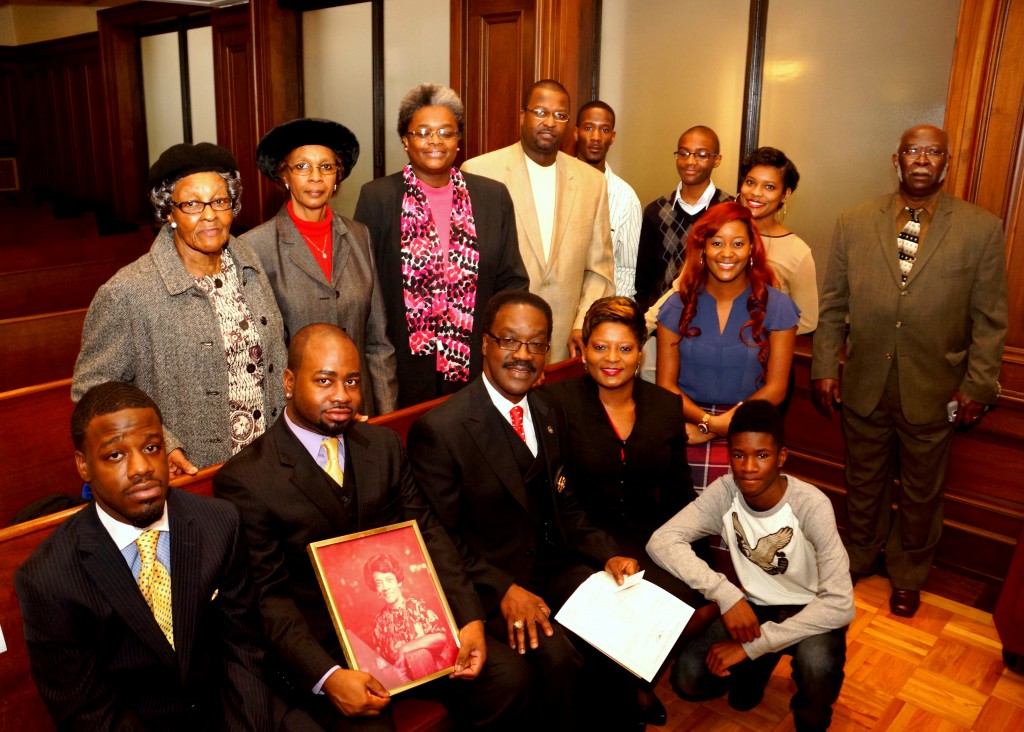 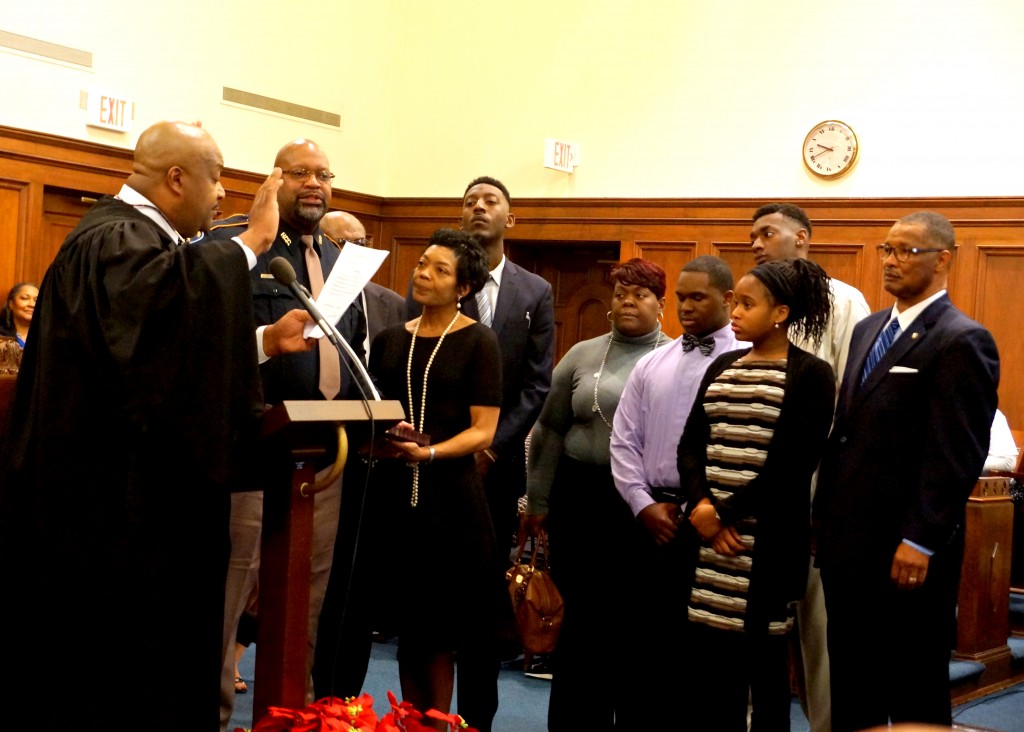 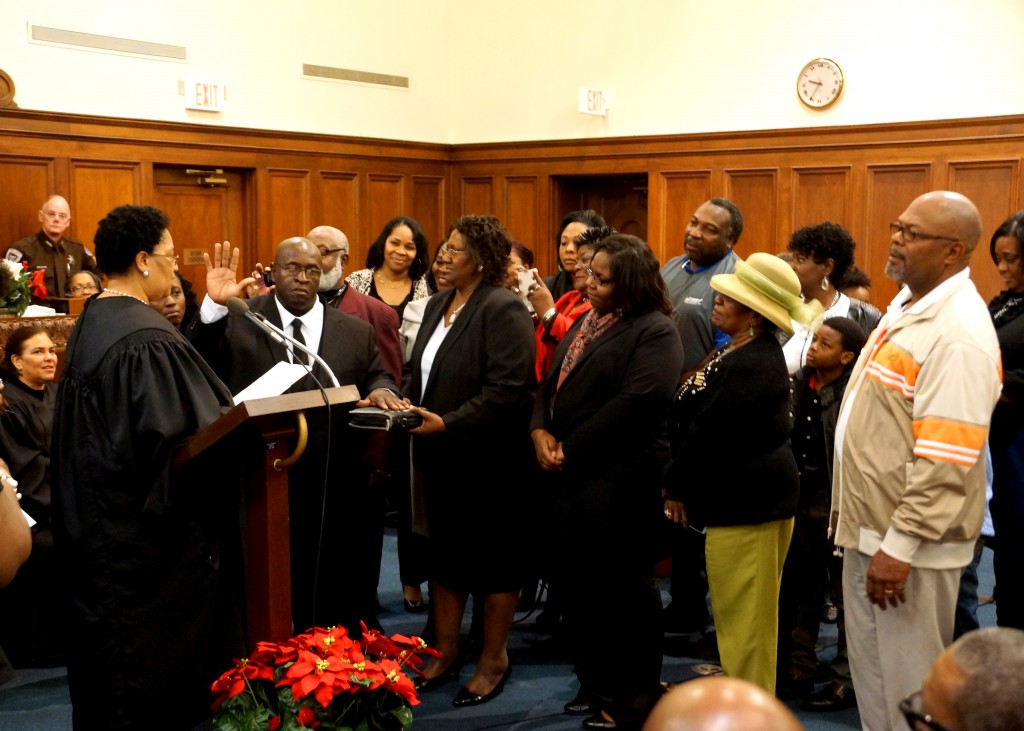 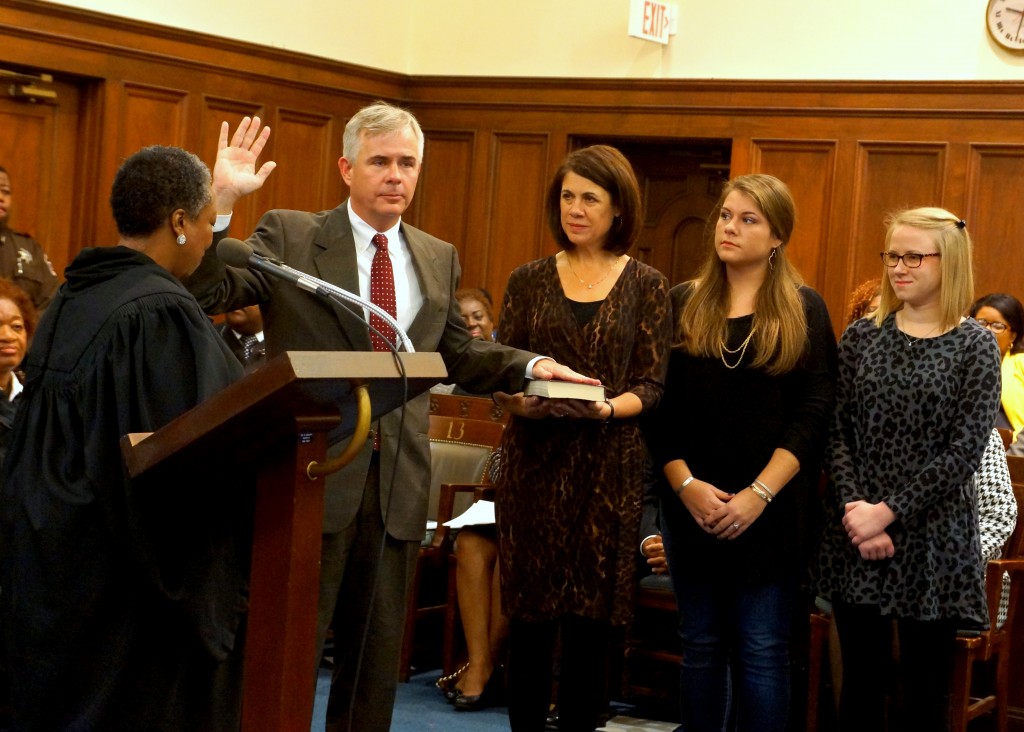 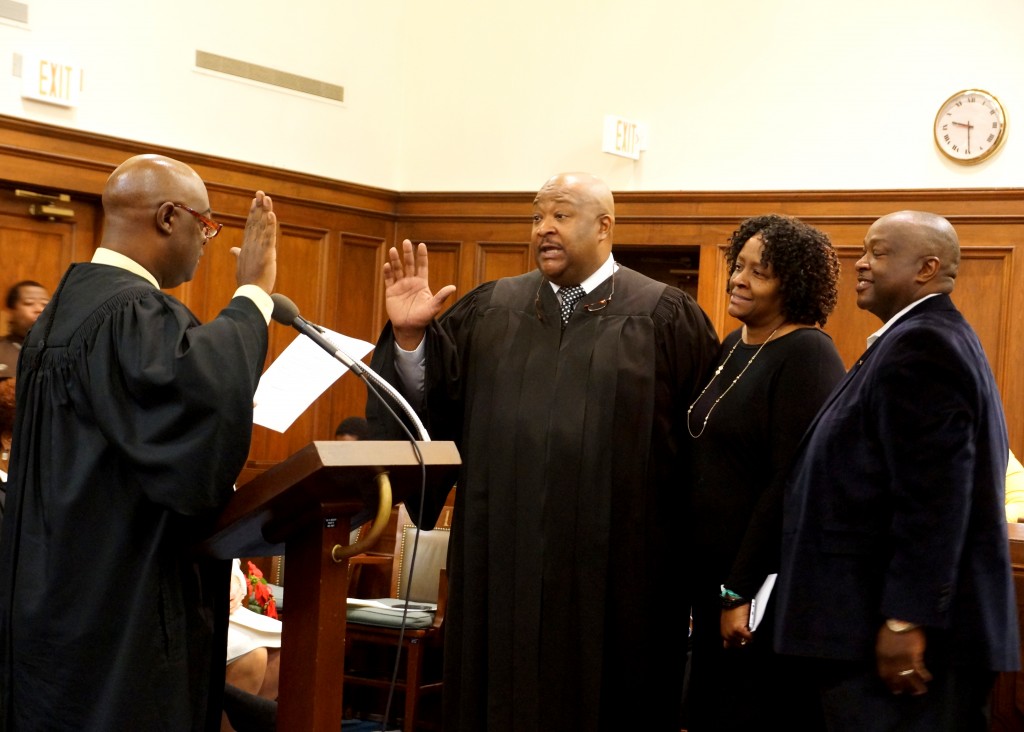 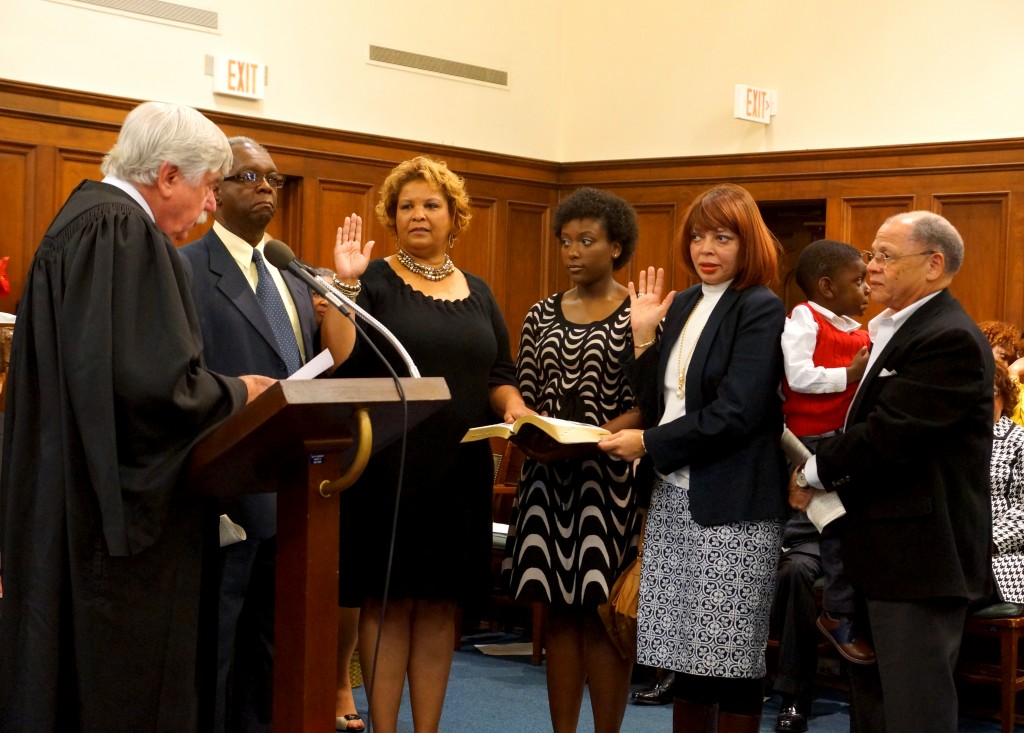 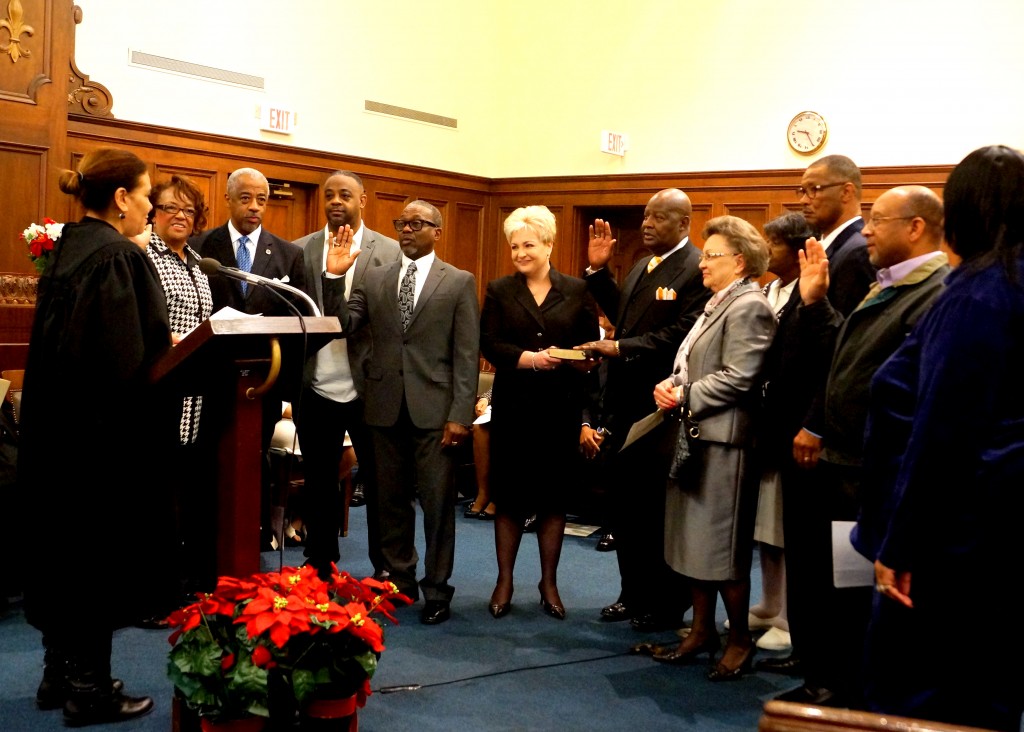 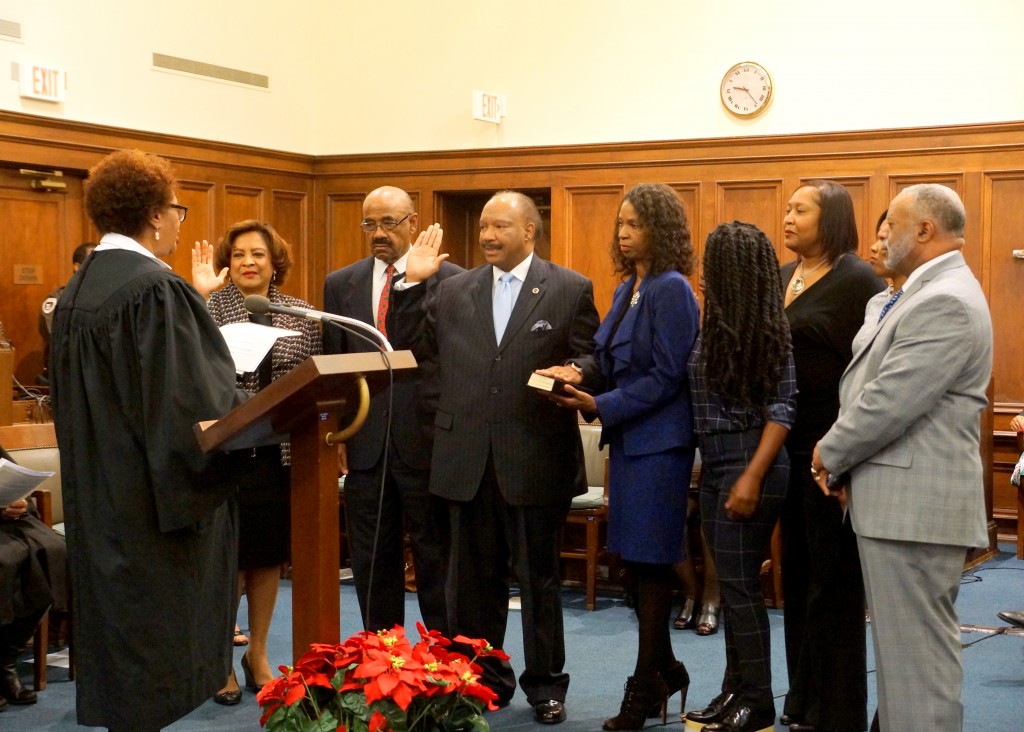