NEW ORLEANS (AP) – New Orleans police say a driver apparently hit a pedestrian in the city’s French Quarter and dragged the body more than 6 miles, crossing a Mississippi River bridge to the other side.

Police say a driver found the disfigured body about 3:30 a.m. Friday in the road leading from the bridge.

A police Facebook posting says investigators believe the body is that of an unidentified pedestrian hit in the French Quarter. It says witnesses told investigators a black sedan with tinted windows struck the man and drove off.

Officer Garry Flot, a police spokesman, said in an email Sunday that police don’t have further leads to the car or driver.

Police posted surveillance video photographs of the car on Facebook, seeking the public’s help in the case.

GULFPORT, Miss. (AP) – A 28-year-old Florida man has been arrested on suspicion of DUI after police say he caused an accident that sent a Mississippi police officer and another driver to the hospital.

McDaniel said 28-year-old Zachary Kapua, of Key West, Florida, was eastbound and struck the rear of a small SUV.

He says the SUV went across lanes and struck the police car. The officer and driver of the SUV were taken to an area hospital for treatment of injuries that were not life threatening.

Kapua was charged with driving under the influence.

Online jail record did not list an attorney for him. 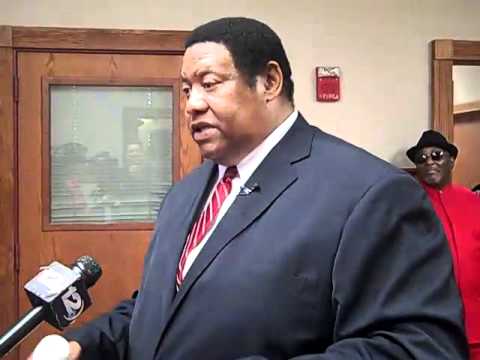 JACKSON, Miss. (AP) – A Jackson city councilmember is coming under fire for comments he made suggesting people throw rocks, bricks and bottles on police officers from other jurisdictions who chase misdemeanor suspects into the city.

He said people should “…throw rocks, and bricks and bottles at them.”

Gov. Phil Bryant called the comments “reprehensible” in a statement late Friday and that he would be asking the attorney general to investigate the councilmember’s remarks.

Jackson Mayor Tony Yarber said on Twitter authorities must respect jurisdictional boundaries, but he does not condone violence against officers.

The Gators (12-2) trailed by double digits much of the afternoon, but cut the lead to 72-68 on Carlie Needles’ 3-pointer with 49 seconds to play. They couldn’t get any closer and lost for the first time since Nov. 13.

Mississippi State won consecutive league openers for the first time since 1992-93. The latest one was a collective effort.

MERIDIAN SHOOTINGS 2 shootings in Meridian, 1 resulting in death   MERIDIAN, Miss. (AP) – Meridian Police are investigating two separate shootings that happened within 30 minutes of each other. The first of the Sunday […]

STABBING DEATH-SENTENCE Life sentence hand down in stabbing death of woman   PHILADELPHIA, Miss. (AP) – A Philadelphia man has been sentenced to life in prison without parole for the August 2014 stabbing death of […]