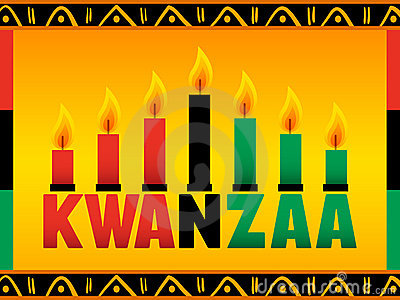 Unity, working collectively, sharing responsibility with one’s fellow man were the topics Monday on the third day of Kwanzaa during the 25th seven-day celebration of the seven principles.

The day after Christmas, the celebration of Kwanzaa began at the Medgar Evers Community Center on Edwards Avenue under the theme “Standing on the Shoulders of Greatness.”

On Monday, the third day of Kwanzaa, Dr. Hank Harper of Madison and Omar Baruti of Memphis were the main speakers on the principle of Ujima (collective work and responsibility) at the commemorations, sponsored by the Jackson NAACP and Martin & Assoc.

Kwanzaa is not a religious holiday, nor is it meant to replace Christmas. It was created by Dr. Maulana “Ron” Karenga, a professor of black studies, in 1966. At this time of great social change for African Americans, Karenga sought to design a celebration that would honor the values of ancient African cultures and inspire African Americans who were working for progress.

Kwanzaa is based on the year-end harvest festivals that have taken place throughout Africa for thousands of years. The name comes from the Swahili phrase “matunda ya kwanza,” which means “first fruits of the harvest.” Karenga chose a phrase from Swahili because the language is used by various peoples throughout Africa.

Baruti, the vice president of Memphis Kwanzaa International sought to drive home the point of a need for African Americans to know who they are and from where they yield.

African Americans have become disconnected from their heritage, history and culture, Baruti said. “With knowledge of our culture we could get rid of a lot the things that plague us in America,” said Baruti, who does prison ministry work in Whitehall and Henning, Tenn.

Baruti said things that ravage the black community such as crime and poverty are not of the culture of the African people, explaining that it’s an adaptation of the environment in which they were thrown into.

He sees a need to change the mindset of people in order for blacks to live up to their potential in America. “We are in trouble and we need to get people’s minds pointed in the right direction,” he said.

Baruti said the needed change in the black community is unlikely to come until people are pushed into a corner as they were during the 1950s and 1960s in Mississippi, with the deaths of Medgar Evers and Emmitt Till.

“As long as you have a comfortable existence, nothing will change,” he said. His message was about black empowerment and making a way for oneself. He touted business ownership over employment. He started three businesses by the time he was 25 and encouraged young people to do the same.

Baruti told of his relationship with the late Jackson mayor Chokwe Lumumba. He called Mississippi “holy ground, sacred ground” because of pivotal events in the state’s history and people such as Evers and Lumumba. “When you see a leader like Chokwe, you support him,” he said. After telling the story of how Lumumba took a case and got a man cleared who had been on death row for 19 years without asking a for a huge fee, he said, “That’s the kind of man you all had in your midst.

“He was on time, in time, at the right time for Mississippi.”

“Dr. Hank,” as Harper prefers to call himself, centered his discussion on the value of education, explaining to the young people in the audience the concept of learning to earn.

Stephanie R. Jones can be reached at srjones13@gmail.com or (601) 454-0372. Religion Editor Daphne Higgins contributed to this story.