Line dancing has galvanized groups around the globe.

Since the 1970s in the United States folks have used the choreographed dance that requires no physical contact as a way to exercise or simply enjoy each other’s company.

Locally, the art form has brought together 80 individuals, including senior citizens, in the gymnasium at Tougaloo College’s Wellness Center. When the group started in 2004, there were only 20 students that met in a small classroom. They called themselves the Strutters.

“When the class started to grow, as a result of several instructors and the popularity of the present instructor, Aaron Honeysucker, the name changed from Strutters to line dance and the original members have maintained the name Strutters,” said Rachel Owens, the class’ founder.

Not only are the Strutters members of the line dance class, but they line dance at sites for groups and organizations at nursing homes, Christmas parties, Christmas parades, veterans parades, dance festivals, birthday parties, family reunions, health and rehabilitation centers, Hinds County Sheriff’s Department, and athletic departments. Additionally, they come dressed in red and black attire.

“We get very good responses. It’s motivating for others within our ages (55 – 85). I’m 82, blessed, and thankful. Our dances even encourage young people. I’ve had a lot of people tell me, ‘When I get to be your age, I want to be just like you,’” Owens said.

Owens asserted that line dance not only stimulates persons on the dance floor, but it provides fellowship and health benefits. It strengthens bones, lowers blood pressure, and lessens pain that comes with arthritis. “Once you get older, you can no longer go to places you once have gone. But you can fellowship with others in the class,” she added.

Dance volunteer Herticene Allison mentioned that when she was asked to be an instructor at Tougaloo she declined but recommended Honeysucker who was teaching a line dance class at the VFW (Veterans of Foreign Wars). Allison explained that Honeysucker not only encourages line dance, but he also recommends a healthy diet. “He’s the kind of instructor who you need to be with because he teaches for mind and body,” Allison said.

Honeysucker mentioned that he fuses aerobics into line dancing for heart-health purposes. He later referred to the stronghold he felt churches have had against dancing on congregations. “For a long time churches thought it was sinful to do dancing. They couldn’t perceive it as an exercise. They looked at it as a devil’s worship, but they couldn’t conceive of overeating as sin. I talked to several ministers who said line dancing was beneficial and it was healthy. Folks learn their unhealthy eating habits by going to church because they believe God is going to take care of them and they don’t have to do anything.” He then quipped, “A lot of obese folks are in churches.”

Maintaining his stance on health, Honeysucker has a group called Community Health Initiative of Obesity Fighters that conducts health workshops and seminars.

“The group is vital in that obesity causes many illnesses in the black community such as high blood pressure and diabetes that we can control. It takes a whole bunch of things to live healthy. You must eat properly, see your doctor, make sure you have plenty of fluids in your body, get eight hours of sleep daily, have a spiritual connection, and be surrounded by positive people,” Honeysucker said. “To avoid procrastination have a strong walking partner so when you don’t feel well, that partner can push you along.”

Though Honeysucker has taught students who have formed their own line dance classes, he stated that, “It’s nothing unusual for me to have 10 teachers in my class. They’ll come to learn something, then go back to teach it and I’m okay with that.”

In addition to Allison, who has been volunteering for nearly 15 years and teaches steps under Honeysucker’s jurisdiction, are others including Stephanie Harris (five years), Norma Denmore (six years), Earnestine Strange (11 years), and Jurai Byrd (seven to eight years). 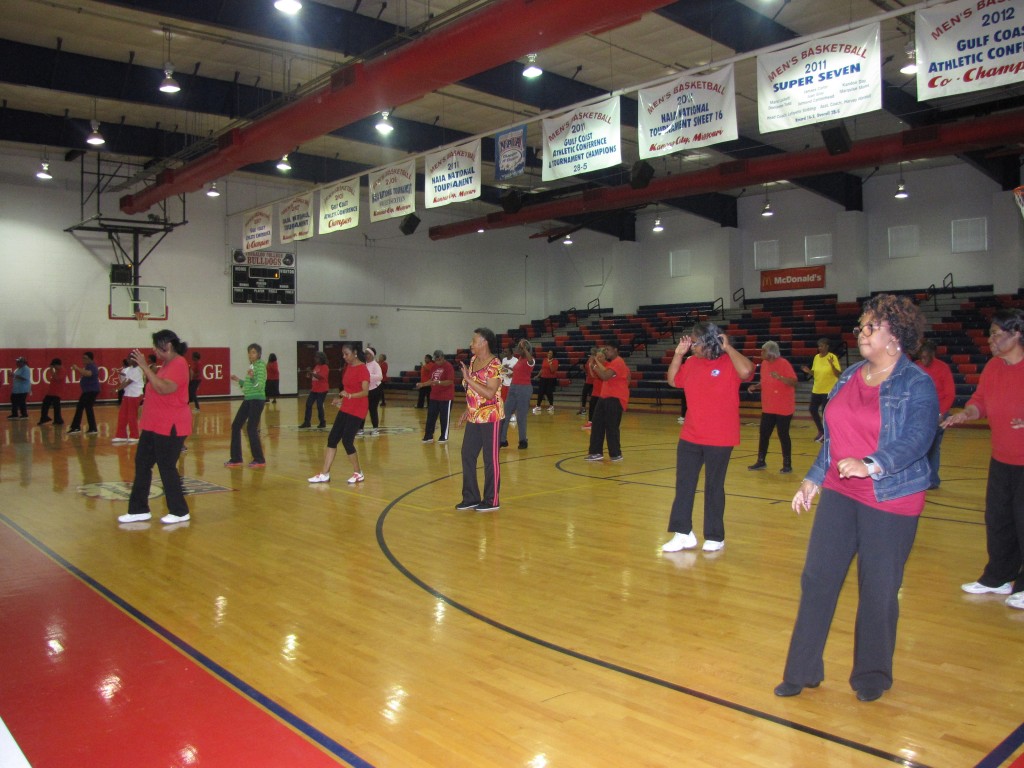 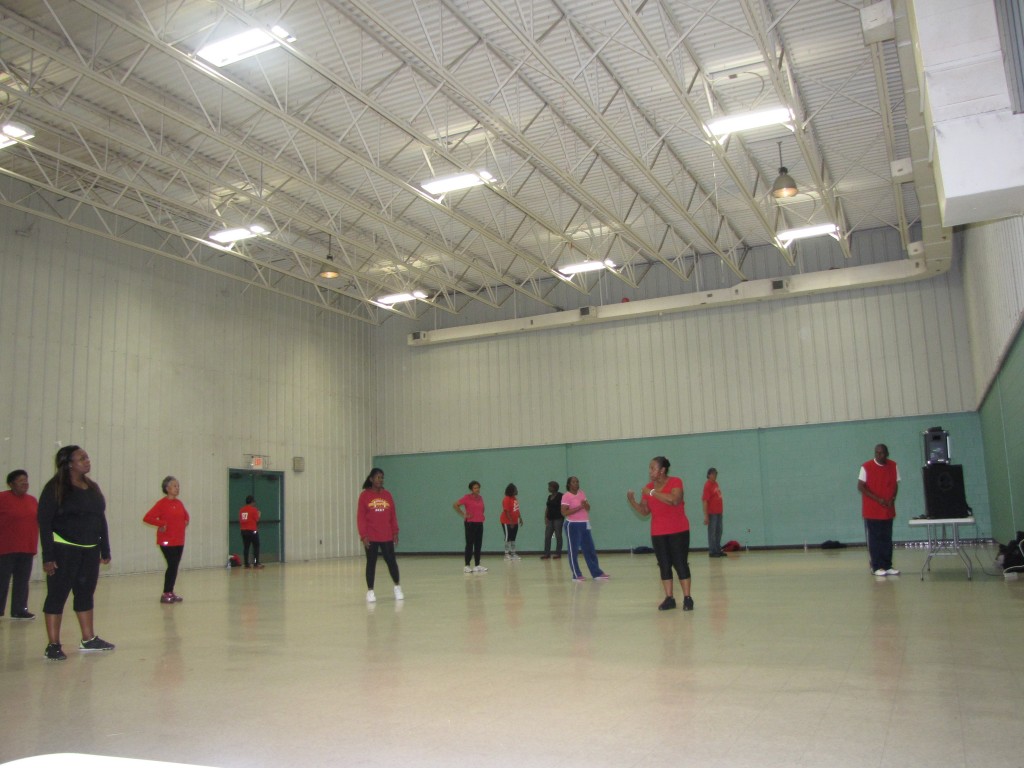