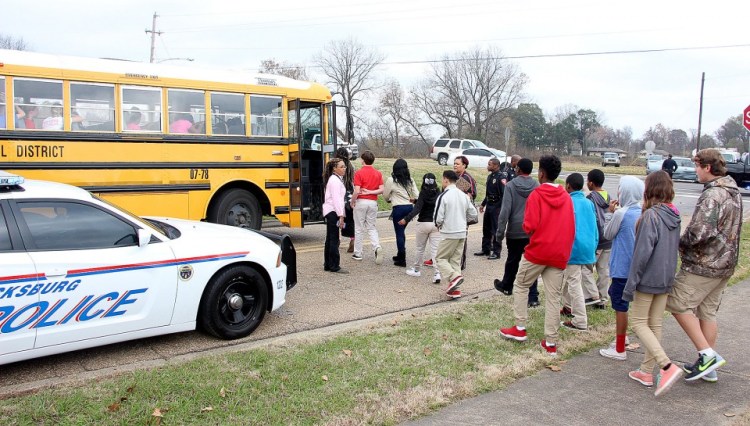 VICKSBURG, Miss. (AP) — A Vicksburg teenager faces charges after a homemade explosive was found at Warren Central Junior High’s library and detonated in a nearby field.

Vicksburg Police Capt. Sandra Williams, in a news release, said the student will face charges of possession of an explosive device and having weapons — knives — on school property.

The Vicksburg Post reports a second student was booked with having a knife on school property but Williams said authorities don’t believe that student was involved with making or transporting the device to the school.

Both students are being held at the Warren County Detention Center pending a hearing in youth court. Their names and ages were withheld.

Police Chief Robert Stewart says a student from another school provided the initial tip about the device.