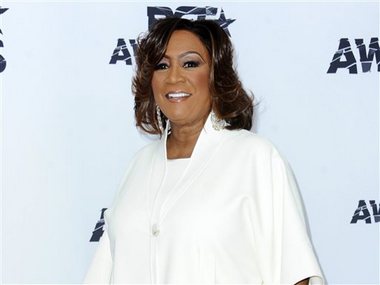 Two million pounds of sweet potatoes. That’s what it’s going to take to get Patti LaBelle’s suddenly famous sweet potato pie back onto shelves at Walmart.

Which means the pie that became a viral sensation during the weekend — selling roughly one every second — after a customer sang its praise in a YouTube video may not be back in time to grace your Thanksgiving table. Not that Walmart isn’t trying. “There’s a lot of moving parts. The suppliers have been working all weekend,” Kerry Robinson, vice president for bakery and deli at Walmart, said Monday.

“We need something like 2 million pounds of sweet potatoes, and that’s not something easy to get,” she said.

The sweet potato surge started Thursday, the day after James Wright posted a video of himself eating a slice of the pie, which Walmart launched in September. In the video — now viewed millions of times — Wright bursts into LaBelle song and dance as he eats. Within 24 hours, social media was buzzing about Wright and the pie, and Walmart stock was running low.

“We swept everything we had right into the stores to supply the demand, including our Christmas volume, so they have everything we’ve got,” Robinson said.

Prior to the video, sweet potato pie hadn’t been a top seller for the retailer. But this year a revamped recipe and partnership with LaBelle — who called Wright after hearing about the video — showed enough promise that the company ordered twice as many pies as last year. Of course, that order was supposed to last through the holidays, not be wiped out before Thanksgiving.

Meanwhile, the remaining pies — which cost $3.48 — are being routed to the stores where demand is strongest.