The Voting Rights Act of 1965 was signed into law by President Lyndon Johnson on August 6, 1965. It purported to overcome legal barriers at the state and local levels that prevented African Americans from exercising their right to vote under the 15th Amendment (1870) to the Constitution of the United States.

A filmed Southern Documentary Project was shown and discussed recently at the Mississippi Department of Archives and History. MDAH partnered with the Center of Southern Culture in Film at the University of Mississippi.

Following Senator John Horhn’s overview of the Voting Rights Act of 1965 and emphasis on the mass enfranchisement of racial minorities throughout the country, especially in the South “that resulted in impossible interrogation,” panelists engaged in a vigorous discussion before a huge crowd.

McLemore revealed that he grew up in De Soto County and that Sam Williams was the first black voter in that particular county. He commended Williams, Medgar Wiley Evers, who was the first permanent field secretary for the NAACP, and other heroes and sheroes “who laid the foundation for this discussion.”

McLemore added that they were the brave ones who fought the oppressive regime. And because of their efforts, “we need to tell their stories to our young people.”

Wright maintained that she became involved in the Civil Rights Movement “not because of name recognition but because I could lend my voice to the cause.”

The first African American female elected to an office in Mississippi post or pre-reconstruction, Wright stated that she: 1) fought for a fair and equitable jury election process; 2) prodded the judge’s order to accept her list of poll workers; and 3) required the registrar to certify the petitions of African Americans, as was the case for their white counterparts.

Wright won all three of those cases and many counties adopted the jury selection process, which banned registrars from arbitrarily selecting jurors.

On the other hand, Rims Barber informed listeners that he answered his call. “It’s more than simply race,” he explained. For most people, life was something that happened to you. It wasn’t something you created.

“The Voting Rights Act made things happen,” Barber said. “It created stalwarts in the struggle and enabled blacks to vote and to elect friends who happened to be black.”

Barber observed that Statesman Robert Clark, Senator John Horhn, and Judge James E. Graves would not have been in elected positions “if it were not for the black vote.”

Panelists seemed to agree with the cliché, “The more things change, the more they stay the same.” For instance, Barber contended that many whites are “nasty” and mean-spirited and don’t wish to share their power.

McLemore noted, “We are 40 percent of the state. We have so much human capita that’s under-utilized in Mississippi. We are number 50 in so many indicators, and we are not utilizing so much talent that we have.

“We have to get people to register to vote. We need to educate young people. If we want to share power, we must prepare people to be educated. Fundamentally, we have to stress education in all that we do.”

Wright responded accordingly, “In 1963 blacks were instilled with pride. We had a mock election to put the fire under us as a people. We could utilize the right to vote. It’s upon us to go back and vote every time because now it’s not a mock, it’s the real thing.”

Thus, while significant gains have been made, panelists argued that blacks in Mississippi and white liberals have, as infamous poet Robert Frost stated many years ago, “miles to go before [they] sleep.”

Senator David Jordan of the Mississippi Delta reminded panelists and the audience that representation of those miles is “the Mississippi flag that continues to fly outside the MDAH and other places within the state but needs to be done away with.”

Jordan closed his remarks by stating that leaders were in place but they were not making a difference in the lives of the people.

Valerie A. Smartt Short, former democratic candidate for governor, claimed, “It is more than apathy. People have to survive and they are disgusted with what interferes with their survival.

“People are battle fatigued. They get tired of their candidates not winning, and they adapt to what allows them to survive. It’s like they don’t hear you. [So] we all have to be the bridge.”

Writer and former educator Rosa Hearns said the session was significant “because I knew it was another celebration of how far we have come and how far we must go. I knew that I would get a refresher in Mississippi as it affects voting rights and voter education, and that we would be reminded to acknowledge and exalt our fore-fighters of the movement.”

For further information contact Mississippi Department of Archives and History @ 601-576-6998;  infor@mdah.state.ms.us and Center of Southern Culture @ 662-915-5993; cssc@olemiss.edu. The 12-minute film can be viewed at mdah.state.ms.us 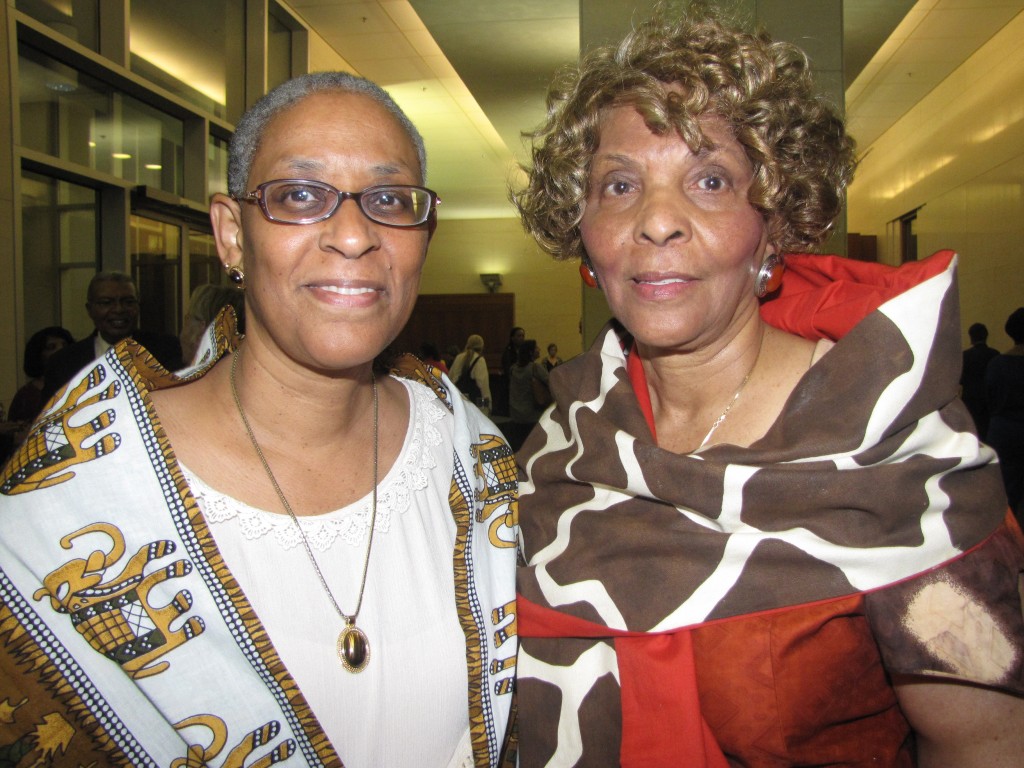 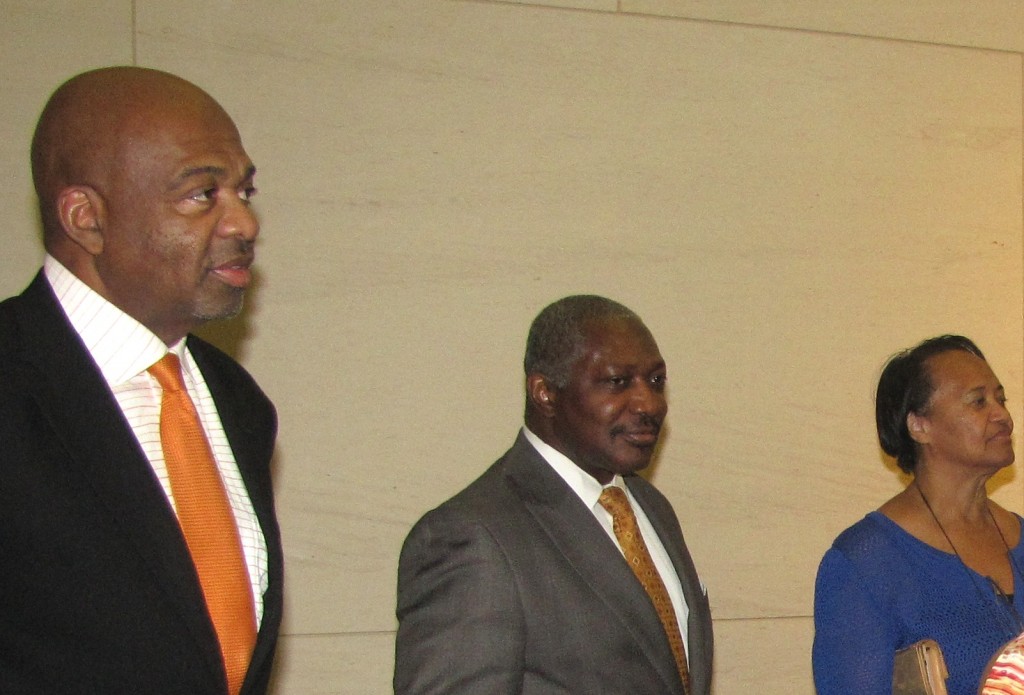 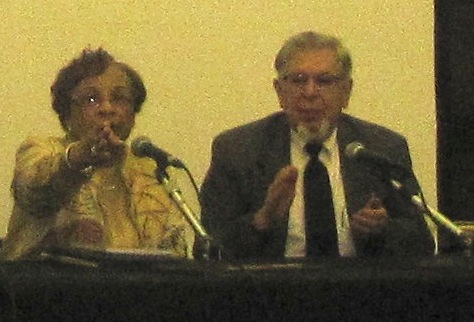 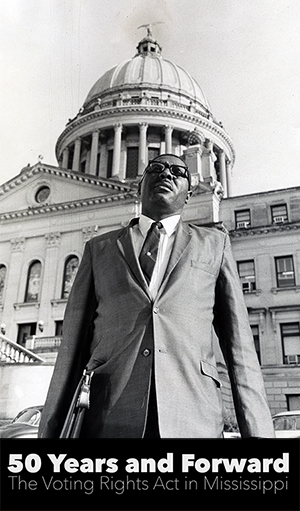 Mississippi voters could have to start showing photo identification at the polls by the June 2014 federal primaries, Secretary of State Delbert Hosemann said last week after the U.S. Supreme Court ruled that certain state and local governments no longer need federal approval to change their own election laws or procedures.

The Voting Rights Act of 1965 has required Mississippi and other areas with a history of racial discrimination, mainly in the South, to get clearance for changes as large as implementing a voter ID law to as small as relocating a precinct.

In a 5-4 ruling, justices blocked enforcement of a provision in the 1965 Voting Rights Act that requires Mississippi and several other state and local governments to get federal approval before making any changes to voting laws or procedures. Preclearance has been required in areas with a history of racial discrimination, mainly in the South. […]

MDAH ‘History is Lunch’ series presented the book Brother Hollis: The Sankofa of a Movement Man by Hollis Watkins

By Janice K. Neal-Vincent Contributing Writer During their History is Lunch Series, the Mississippi Department of Archives and History gave voice to long-time civil rights activist/founder of the Veterans of the Mississippi Civil Rights Movement, […]

From The Mississippi Link Newswire FRIAR’S POINT – On Thursday, May 31, country music star Conway Twitty will be honored with the latest marker on the Mississippi Country Music Trail. The marker unveiling is scheduled […]